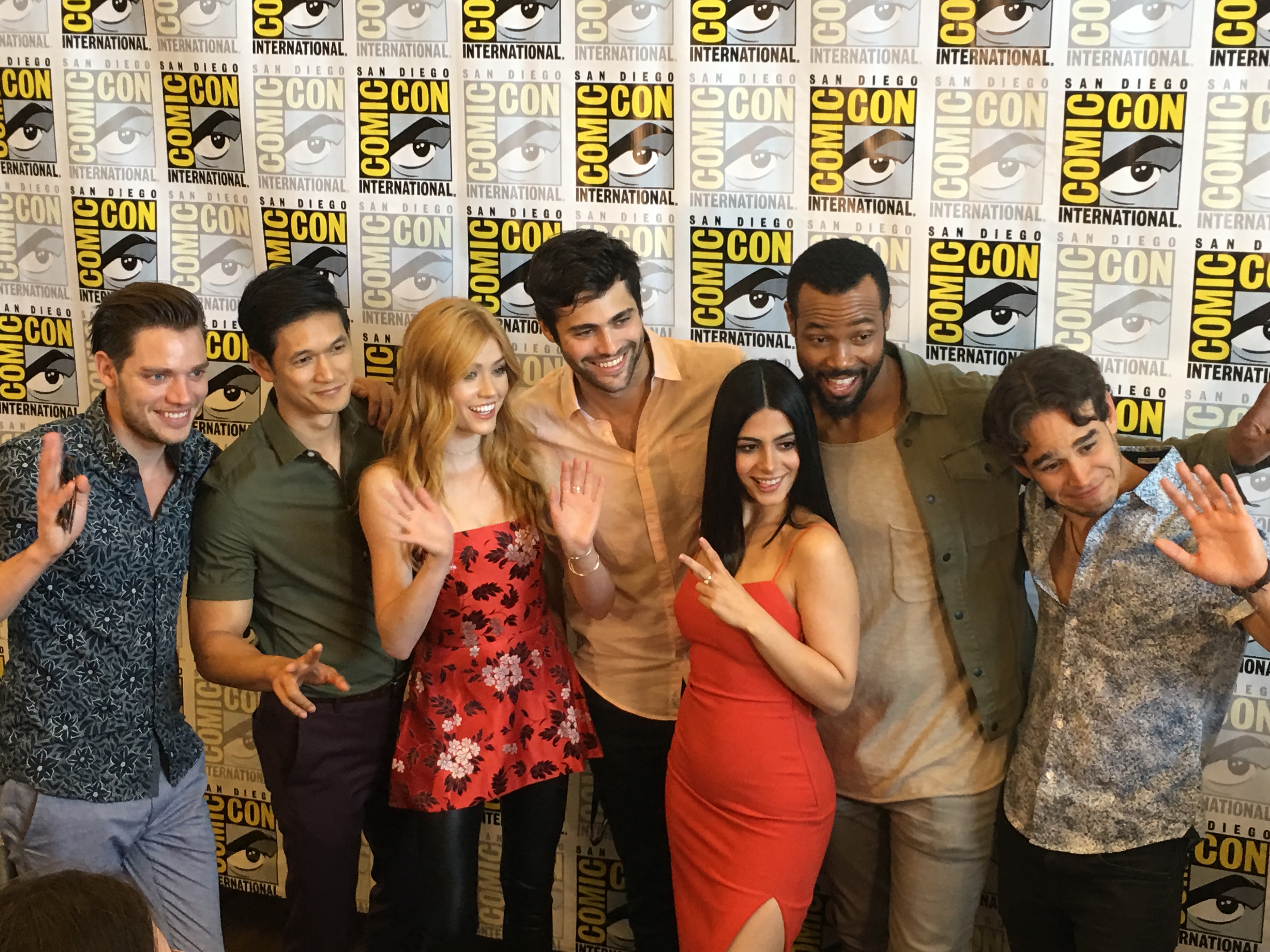 Meanwhile, the Malec relationship is on shaky ground because of Alec’s inability to tell Magnus about The Clave’s not having the Soul Sword in its possession, which means dire things for the Downworlders. On the positive side, Clary and Jace are in possession of the Mortal Mirror. But for how long?

And in adorable news, Maia’s starting to let down her walls and let Simon in.

We were among a group of writers and reporters who were able to talk to the cast about what lays ahead for the Shadowhunters, Downworlders and everyone in between. According to EP Darren Swimmer, while the final episodes of this second season will be dark, “I don’t think it will be depressing at all.”

This is thanks to the humor the powers that be always like to include in the dialogue and the scenes when possible.

Swimmer’s fellow EP Todd Slavkin does admit that there’s some really dark stuff coming our way, however. He adds: “Besides being dark, it’s the most epic end of the season we’ve ever done. The show is massive. Matt [Hastings] directed the last two shows. We wrote the finale. And it’s on a scale that you’ve never seen before on the show. It’s truly staggering. It feels like a 200 million dollar movie. It’s really, really cool.”

More intel on these final episodes was needed so we also got the chance to talk to the cast.

Both Katherine McNamara and Dominic Sherwood referenced the Comic-Con trailer that had just debuted during the Shadowhunters‘ panel. If you watch the footage, there’s a shot of Jace being hung. The two also talk about their characters’ identities including who Sherwood really feels is Jace’s family. McNamara addresses Clary’s main focus for the rest of the season including whether any of her time will be spent on the Simon/Clary/Jace situation.

Alberto Rosende and Emeraude T0ubia talk about having to play some really dark, intense, heart-wrenching stories this season. They answer a question on diversity and the series showcasing Simon’s Jewish roots this season. And Alberto even touches on the lighter side of Shadowhunters, in this case the burgeoning Simon and Maia relationship.

Great news out of the show’s panel: Alisha Wainwright (Maia) has been upped to series regular for the third season.

And finally, here’s an adorable interview with Matthew Daddario, Isaiah Mustafa and Harry Shum Jr. They tease a story for Luke and Magnus that takes shape in tonight’s episode. They also talk about Malec as well as the angst that Luke experiences being a former Shadowhunter and current Downworlder.