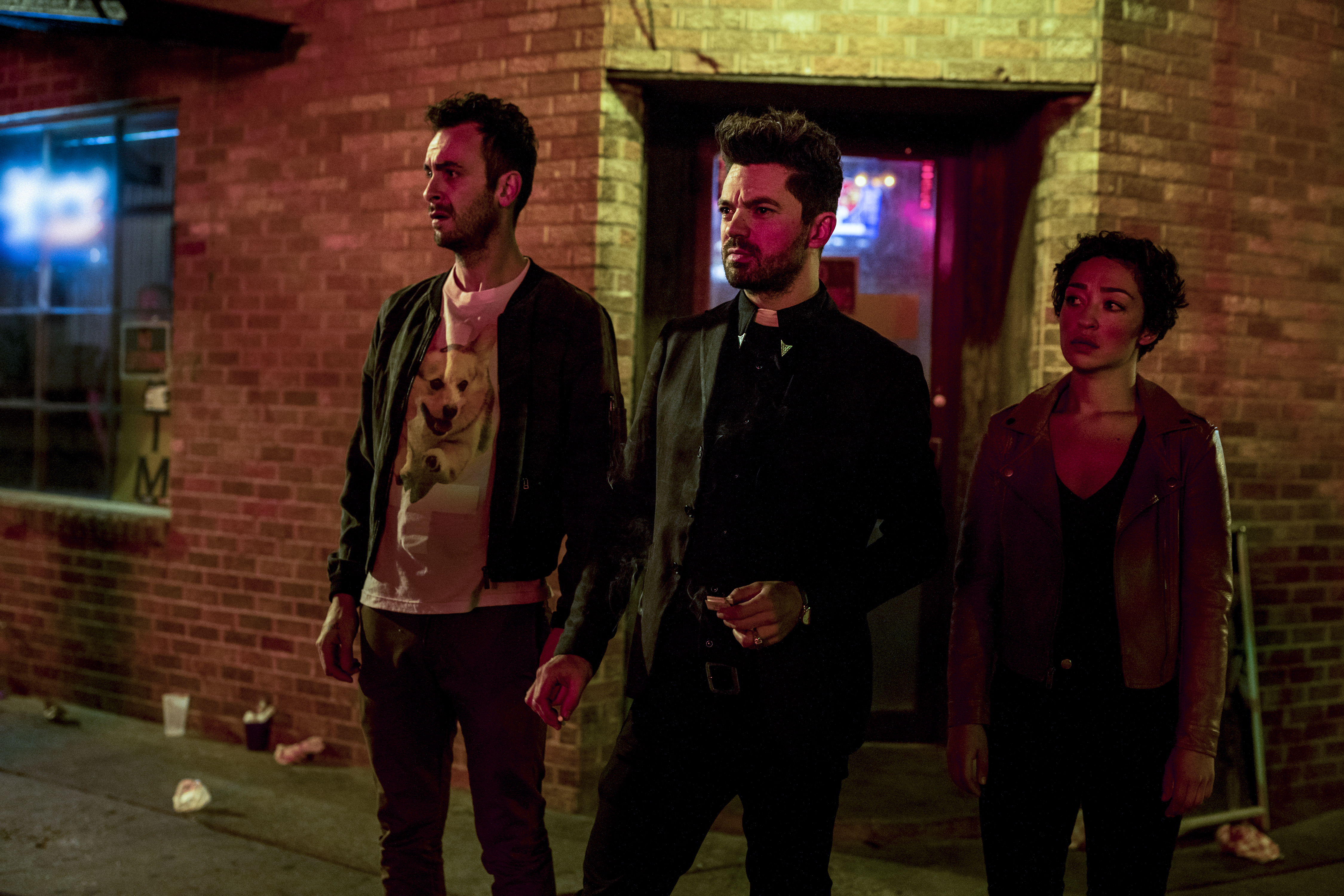 Herr Starr steals this show in Preacher “Pig,” with a backstory that was definitely worthy of its own episode. We get to look behind the curtain at The Grail’s internal structure and we see how willing Starr is to prove he’s worthy of the organizations attention. Starr and his flashback take up most of the screen this week, which is much needed in an otherwise middle-of-the-road episode.

This middling episode could very well be the calm before the storm that the rest of the season has promised. Each of the main characters is still reeling from the events of “Sokosha,” but Tulip appears most affected. She can feel that something is not quite right about the soul and the Saint being completely out of the picture. Of course, Jesse has been lying to her about where the soul came from and exactly what he did with the Saint.

After learning that Cassidy is Dennis’ father, the ageless vampire finds himself stuck in his own misery as he tries to understand his son’s mortality. Dennis is very sick, and surely his run-in with the Saint didn’t help matters. With the help of a well placed (read: completely out of place) translator, Cassidy finds out what Dennis has been trying to convey all this time.

Though the Saint casts a massive shadow, “Pig” is not without it’s lighter moments. Get ready to step into the Hurt Locker, where money and booze await the people who can take a bullet and get back up again. What’s that joke about when a preacher, a vampire, and an assassin walk into a bar?