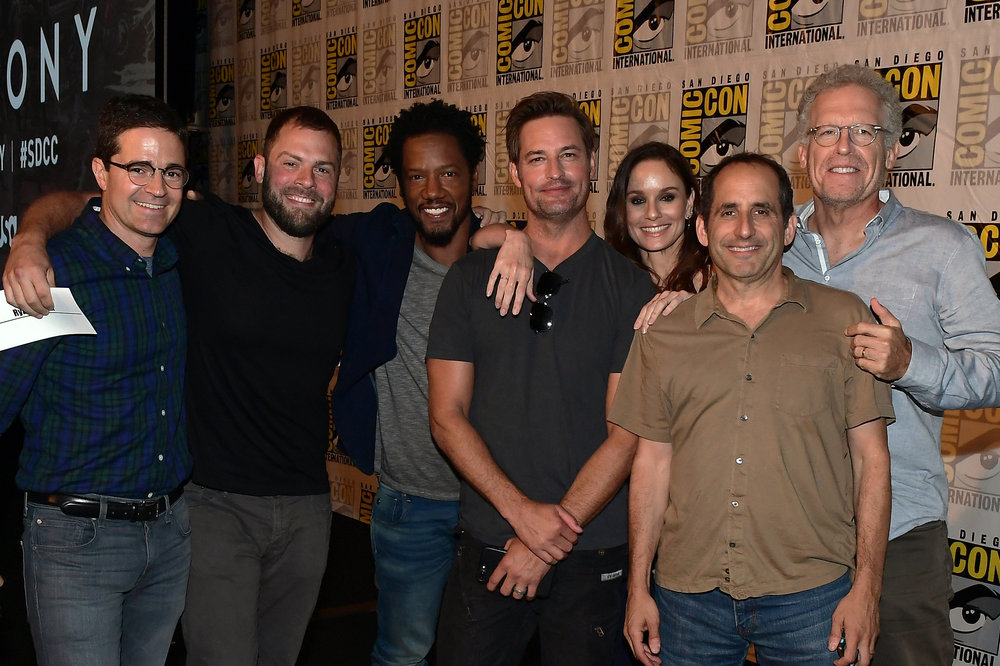 The Bowmans are on the run, Maddie is being renditioned with the vast majority of the Los Angeles bloc and Broussard has gone further underground. How will life be for Will, Katie and the kids outside their bloc? Will they settle elsewhere? What other blocs will we get a glimpse into? We know that Will and Katie shouldn’t trust Snyder because he’s still working for Helena and the authority, but when will they discover his betrayal and what will they do about it? And what’s in store for Broussard and Maddie?

We asked these questions and more when we sat down with the cast and EPs as this year’s Comic-Con. The show goes back into production shortly, but we’ve got a little something to tide you over until the show returns next year, including this teaser:

Josh Holloway on how Willâ€™s focus is saving his family rather than saving humanity at large and what heâ€™s discovered about himself as an actor while portraying this character:

Sarah Wayne Callies on Maddieâ€™s betrayal, Katieâ€™s willingness to put herself and her family at a certain degree of risk to make sure the larger population is safer, playing a flawed hero, dealing with fan feedback â€” including backlash â€” for playing such a strong and unapologetic character:

Tory Kittles on where S3 picks up for Broussard, being open to where the producers are taking his character, facing his own mortality and not being destroyed by the drone, what he nerds out about:

Peter Jacobson onÂ if Snyder will ever change his devious ways, if there are limits to what heâ€™ll do to survive, Snyderâ€™s dynamic with Will and Katie, what S2 taught Peter about his character, where S3 starts, what he looks for in a new project and what he likes about Colony:

EP Ryan Condal on how the show resonates in this political climate, the new locations and characters in S3, conspiracy theories and possibly incorporating them into the show:

EP Wes Tooke on the experience of Comic-Con and what the fandom has done for the show, expanding this world beyond just the TV show, how the show moving to Vancouver changes things and where the Bowmans will be, when and how we see the colonizers and what theyâ€™re capable of on screen, what S3 holds for Alex Neustaedterâ€™s Bram, the most difficult scenes to write and why:

Season 3 of Colony will return in 2018 on USA Network.