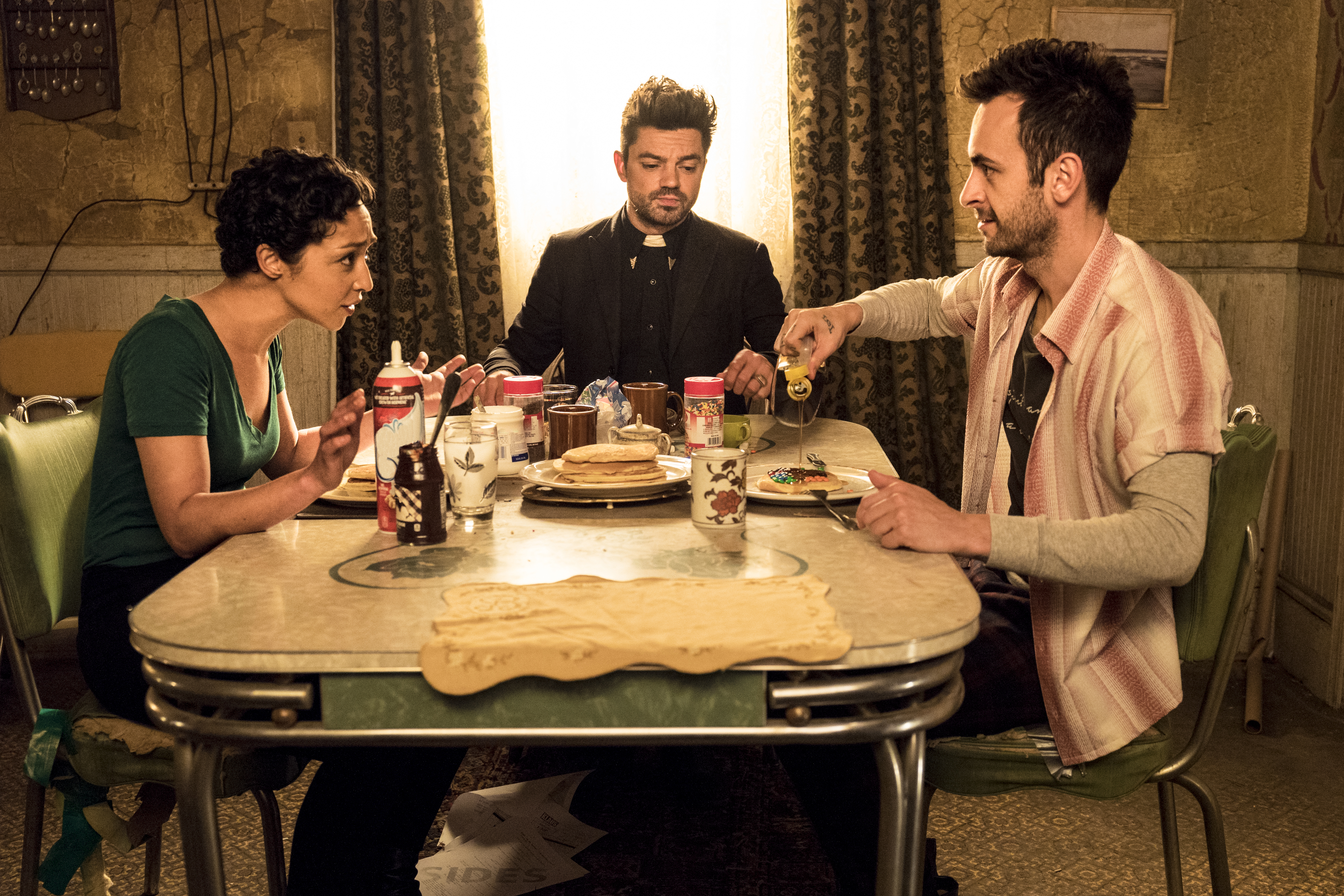 Confusion, questions, more confusion, then revelations make “Sokosha” one of the can’t miss episodes of the season. Preacher raises the stakes with this 6th episode of the season as things get all too real for Jesse and his crew. Prepare for the conversation that has been brewing since the finale of season 1 when Jesse gets up close and personal with his past.

Full disclosure, there are parts of this episode that drag like those torturously long bits in Family Guy that last a few beats past comfortable. Viewers who survive the lull will be handsomely rewarded with a second half hour that really blows the second season wide open. The trailer that was released during the show’s San Diego Comic-Con panel may spoil some of the events of this episode, but that doesn’t lessen the importance of what is revealed.

The crew knows that the Saint is hot on their heels, but they aren’t sure what they can do to stop him from hunting them. Tulip is 100% confident that if Jesse just stops using Genesis, they would be fine, but he can’t find God without the power. Despite the obvious issues and secrets between everyone, Preacher feels downright domestic this week. Tulip, Cassidy, and Jesse sit down and have a meal together; Cass reveals a massive secret (that some viewers may have called); Jesse has a come-to-Jesus moment with his past; and most surprising of all, there’s no in-fighting. The three finally have a shared “a-ha!” moment as they really put their heads together to come up with some semblance of a plan to get out from under the Saint.

This week’s cold open provides zero context, no explanation, and nothing that remotely resembles an answer until near the end of the episode. We meet new characters, but more importantly, we finally get a glimpse of the kind of upbringing Jesse had after his father was murdered. He fits into the New Orleans underworld/black market scene like he’s a pro, which sometimes seems to surprise even him.

There’s a tonal shift with “Sokosha” which adds a sense of urgency for the rest of season 2. Things have gotten serious, and that’s a good thing. Preacher is famous for its on-screen shenanigans, but this episode proves there’s an endgame for all the madness.