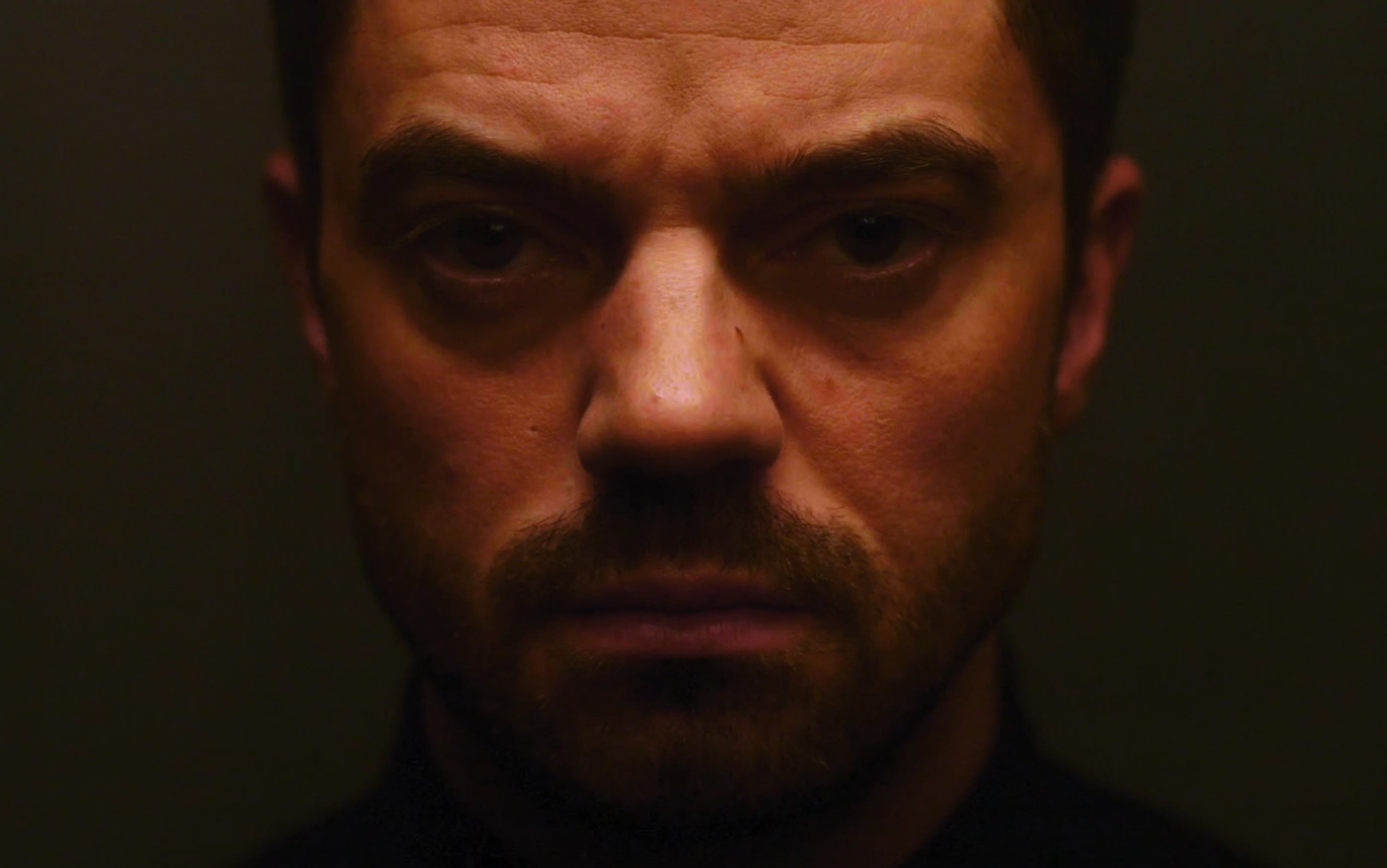 If you thought Preacher was crazy before, wait until the second half of season 2 begins. Fresh off a Comic-Con debut, the trailer for the rest of this season has got even more action and debauchery than the first half. Fans were introduced to some of the major players in “The Grail,” the clandestine, hyper-religious organization that make up the men in white suites; but this is the first time we’ve heard season 2’s big bad actually speak. Herr Star makes his way on the scene and things get even more complicated than before.

At Friday’s Comic-Con Hall H panel, the cast of Preacher was joined by executive producer Seth Rogen in a panel moderated by AMC Talking Dead‘s Chris Hardwick. Rogen opens the panel noting that being part of this series is “like a childhood dream come true.” The above trailer gives a lot of information about what to expect, but surely the series still has a lot of secrets to unpack. Rogen goes on to say that when it comes to Jesse, Tulip, and Cassidy, “The dynamic between the three main characters … was the thing that we most wanted to bring to life.”

The trailer is filled with epic one liners, including the final few seconds that are too salacious to repeat here. One of the best lines is Cassidy’s suggestion to go to Vancouver to get away from the Saint, saying, “I hear Vancouver is great, you know. It’s got good meth and nice hiking.” And, of course, there’s the giant elephant in the room that is Cassidy’s feelings for Tulip. With a nudge from Herr Star, will Jesse catch them red handed, or is this secret going to be the running lie for the entire series?

Ruth Negga explains that Tulip and Cassidy are, “like his sidekicks on a journey that they haven’t really signed up for,” which serves to explain why we’re seeing some separation (and based on the screenshot above) and perhaps sexual tension between them. Whereas Joseph Gilgun describes his character’s relationship with Tulip and Jesse as being in rehab because he’s constantly in contact with the one thing he knows he can’t touch.

The Saint of Killers needs a whiskey break before he continues his journey to find Jesse. Graham McTavish describes the unkillable Saint as, “a man with singularity of purpose.” The trailer reveals that the Saint is the one who escaped from Hell and is the one who has put the superintendent (Amy Hill) on edge.

Despite the monotony of Eugene and Hitler in hell, it looks like that arc will pick up steam as the unlikely pair escape and the superintendent and the Saint exchange words about needing a conversation with Satan. It’s good to see that the connection to hell will be making some progress going forward as that arc has felt a bit stagnant lately.

But the (expected) crown jewel of this raucous second season is getting to the actual interaction with Herr Starr. From the preview of the rest of this season, it’s obvious Starr is going to add another dynamic of enjoyable dysfunction to Preacher. One thing is for certain: we can’t wait to see what happens next.

The Strain Preview: "The Blood Tax"

The Walking Dead: Top 10 Reasons Why I’m Thankful For This Show