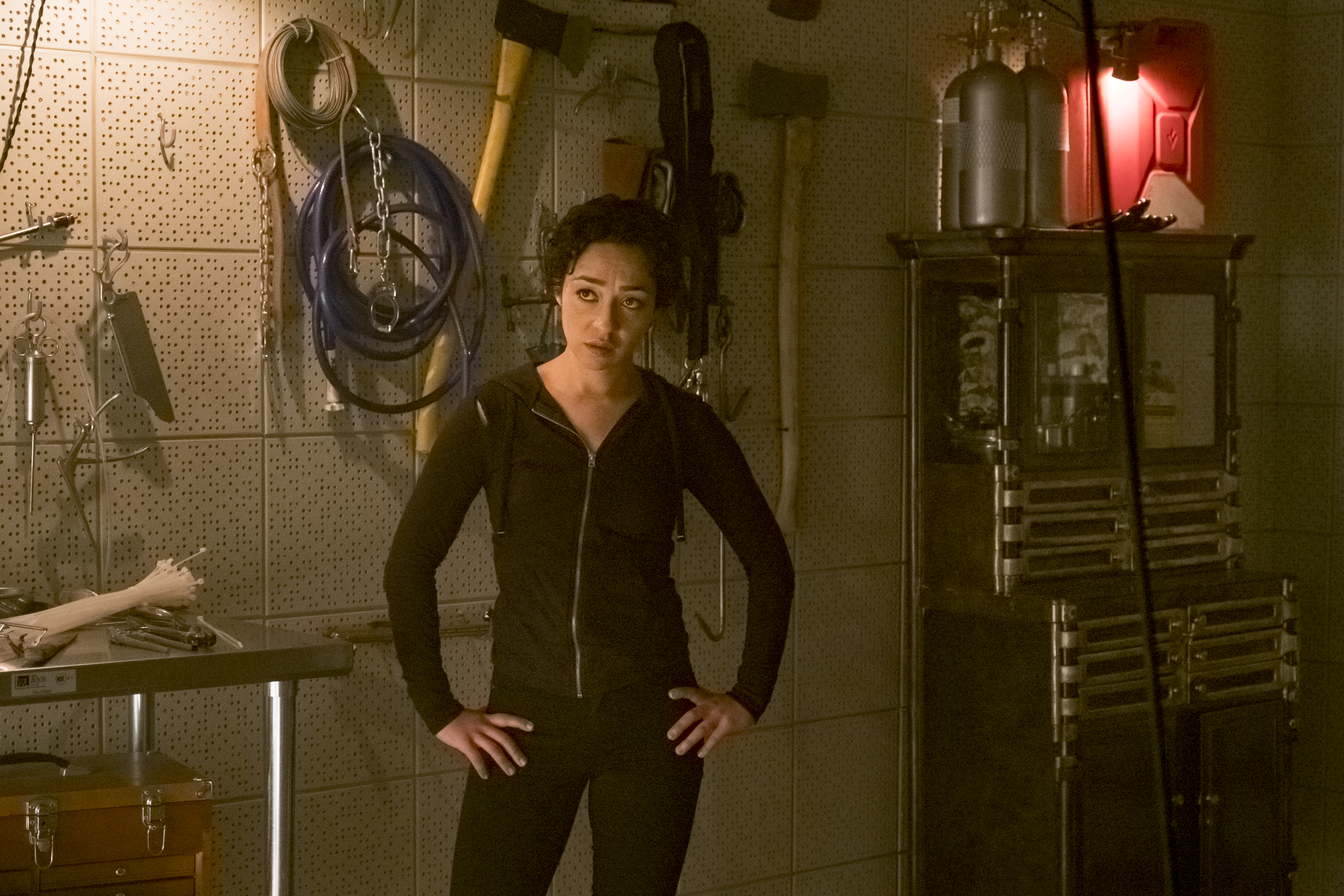 Action bookends an informative, heart-wrenching episode that delves into the backstory of what makes Jesse and Tulip tick. We get to see what caused their bad break-up after Carlos betrayed the both of them, and it’s even more complex than was previously implied. Cassidy’s third wheel act serves as another layer of complexity which gives Preacher a heftier feel and sets it apart as more than just an action-packed comic adaptation. “Dallas” highlights the series’ ability to tell a deeper story without losing it’s shock value.

Cassidy’s feelings for Tulip were always going to complicate things, but this is the first time we’ve seen him knowingly give advice in the hopes it would drive a wedge between Tulip and Jesse. Tulips calls him out for his feelings though she doesn’t specifically give the reason she believes Cass is behaving the way he does. There’s no doubt that Tulip and Jesse are Cassidy’s only friends (despite what the vampire says about Dennis), but it is becoming increasingly harder for him to keep his feelings in check and remain a neutral party.

After Tulip returns to Dennis’ with Viktor’s daughter, she and Cass fight over him telling Jesse her whereabouts. Desperately concerned about her well-being, Cass tells Jesse so he can intervene. But Tulip’s admission that she would never forgive Jesse if he killed Viktor seems to set Cass on a destructive path. He shows up to Viktor’s and tells Jesse that he only came by to let him know that he stands behind whatever decision Jesse makes. But the message is he thinks Jesse should kill Viktor because if he had a girl like Tulip, he wouldn’t want anyone else to lay a hand on her. This is the second time Cass has made a comment like that this season, and with Jesse’s distrust how much longer before he realizes what’s really going on between Cass and Tulip?

Despite the secrets, Cass fully understands what he’s telling Jesse; and his disappointment when he finds out that Jesse didn’t kill Viktor is almost enough to make you feel sorry for him. However, this unrequited love is going to prove dangerous now that we’ve seen how Jesse reacts when he’s angry.

“Dallas” shows us there’s no limit to the dysfunctional depths of Tulip and Jesse’s nearly lifelong relationship. “Until the end of the world,” they say to each other, as if the phrase is asking for permission to do something unsavory. The repetitive sequence of Tulip and Jesse trying to get pregnant again is hard to stomach; both because it’s hard not to be optimistic despite knowing that it didn’t work out, and the scenes replay an uncomfortable number of times. When Jesse learns of Tulips betrayal, she blames not being able to have a normal life on the fact that she’s an O’Hare, and she doesn’t know how to make an honest living.

They were never on the same page after losing the baby due to the botched robbery. Jesse was ready to leave that life behind him, but Tulip couldn’t let it go, and there was no real indication she ever had any intention to. Once he learns that she doesn’t really have a job in real estate, he gets so angry that he brutally beats his pothead friend, Reggie, in an attempt not to hurt Tulip. Shortly after their big fight, he decides he’s going back to Annville to take over his father’s abandoned church; which is where the first season picks up when he’s trying to make the preacher thing actually work.

Once Jesse gets back to the house, he tells them that he cut Viktor down, which is interpreted by Tulip and Cassidy as Viktor’s dead. That isn’t the case (yet), and Tulip and Jesse share an intimate kiss while Cassidy rolls his eyes and leaves the room. “I’m bad for you,” Jesse says to Tulip; “We’re bad for each other,” she clarifies. It’s probably the most truthful statement we’ve seen in the entire series.

Acknowledgement of a dysfunctional relationship, a peek into Cassidy’s dark side, and a rampaging Saint made for an enthralling hour of TV as we get to better explore these characters. Preacher returns next week with “Sokosha” on Monday, July 24th on AMC.

How to Get Away with Murder “Deserved To Die”