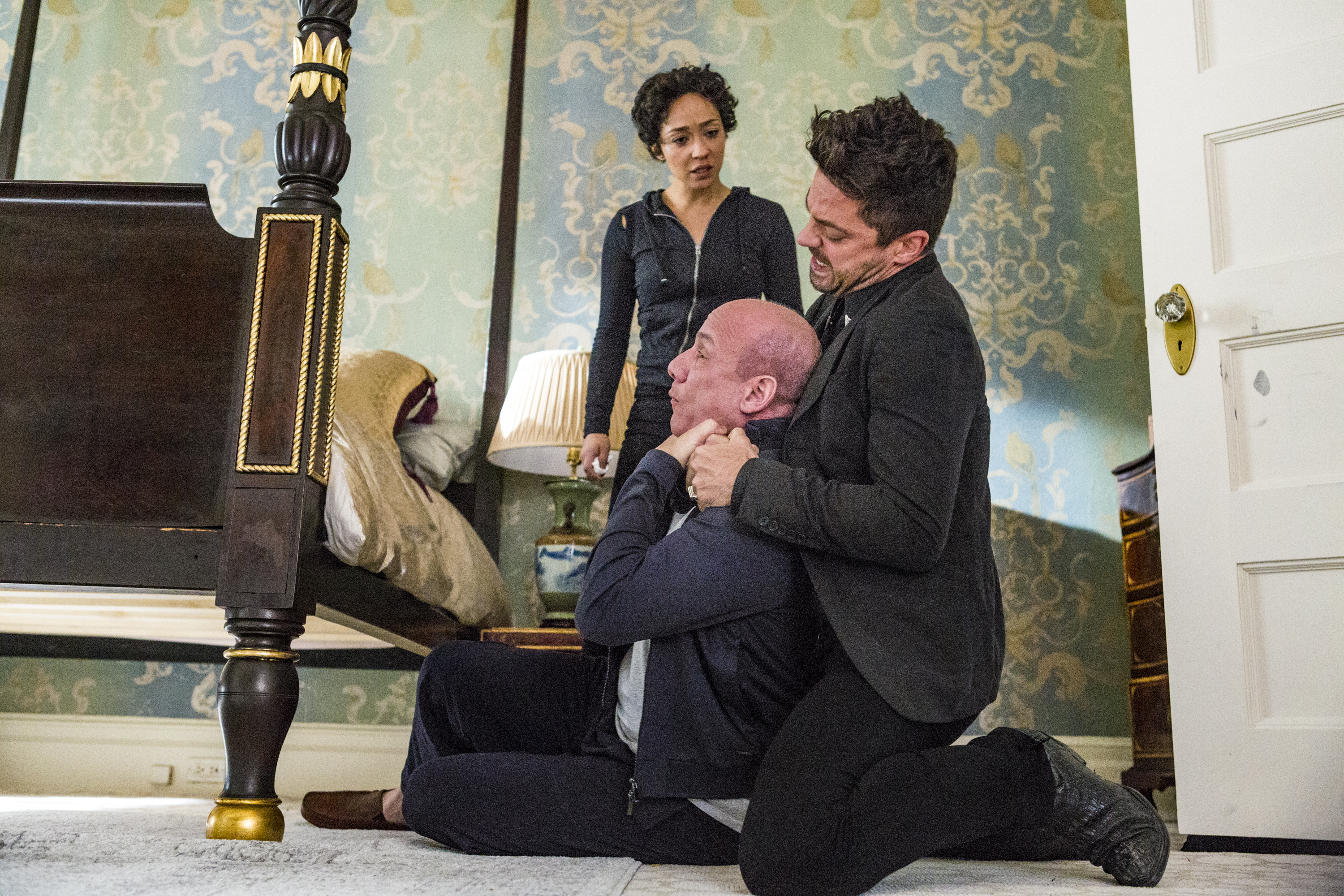 Preacher gets heavy with “Dallas” as we get a glimpse into Tulip and Jesse’s past after it all went up in flames thanks to Carlos a few years ago. Cassidy finds himself between a rock and a hard place as he has to navigate both Tulip and Jesse being angry with him. Despite Tulip and Cassidy’s efforts to reign Jesse in, can anything stop him when he’s raging mad?

“Dallas” picks up exactly where “Viktor” left off; with Jesse completely dumbfounded at the bomb Tulip had just dropped. The confusion gives way to rage, and Jesse soon drags Viktor to his own torture room once the reality of what he’s learned settles in. This is the darkest we’ve seen Jesse get since he was so angry that he accidentally sent Eugene to hell. Is Tulip’s past really the only thing that can inspire such anger?

Much of the episode is spent in the past, showing us what life was like for Jesse and Tulip as a couple after the botched bank robbery and the miscarriage. Aside from using pages from the Bible as rolling papers, they appear to live normal lives. The facade doesn’t hold, and eventually we see them go from a couple to two people just going through the motions. The use of repetitive storytelling is effective at agitating the viewer into being just as fed up with mundane nature of events as the characters. Through various other flashbacks in the series, we’ve seen the when Tulip was sent away to an orphanage, sending Jesse into a rebellious young phase; we’ve seen the fracture that ended their Bonnie and Clyde run; and now we get to see what happened that caused them to go their separate ways before we meet them in season 1.

Jesse’s behavior, both in the past and present, is bordering on deplorable, and Viktor appears to be the only person to call him out on it. Their exchanges, though brief, are meaningful and serve to add depth to a character we thought we knew. Even Cassidy seems not to be able to reason with Jesse anymore, but especially so because he feels betrayed at the secrets that Cass has been keeping. In which case, what is going to happen when Jesse inevitably finds out about what happened between Tulip and Cass? Back in the season 2 premiere, when Tulip scoffed at Cass thinking Jesse would show some understanding if they just came clean — this episode shows us the dark side of him that Tulip was already familiar with.

Fans of the comics are in for a treat with “Dallas” as well because Jesse’s imaginary friend is alluded to throughout the episode. Though the episode is big on back story, there’s still enough action to sate what Preacher fans are used to.

INTERVIEW: Jenn Lyon On Claws Season 2, her Costars and that Cliffhanger