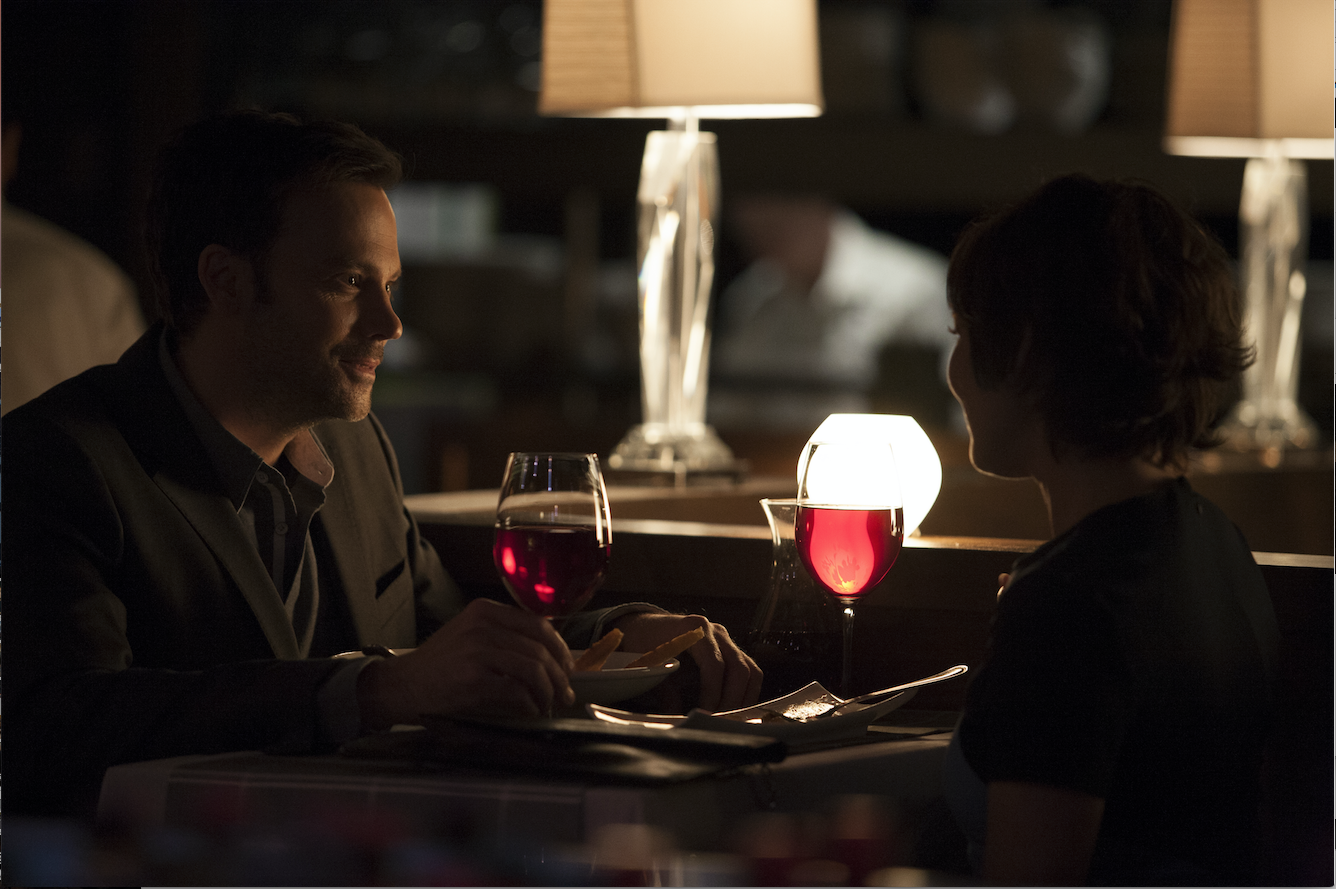 After last week’s very serious and very special anti-bullying episode, Up’s Date My Dad takes a decidedly lighter tone this week. Ricky tries to turn the table on his dating disasters. It actually seems like he’s due for a win.

When Paige meets Ricky at the gym, there are sparks. Fun Fact: Gregson Wagner is Barry Watson’s real life wife and she’s Natalie Wood’s daughter. This means she’s connected to another Date My DadÂ season one guest star, Robert Wagner.

Paige’s presence means interesting things for Stephanie. These two women may be friends but it certainly feels like she doesn’t want her girlfriend to date her boss. There might be a little jealousy at play here, although up until now, we haven’t really gotten a sense of what Ricky means to Stephanie other than the fact that they’re friends and coworkers and she’s grateful he’s helped take some of the pressure off her plate by paying for her schooling. Guess we’re going to have to rethink this relationship.

The sisters stir up drama of their own. Gigi doesn’t like feeling left out when Mirabel and Elisa bond over things like shopping and boys. She’s a bit too young (and too smart) to enjoy the same things and it creates an unfortunate distance with the siblings.

Look for things to get downright turbulent between Gigi and Elisa leaving Mirabel smack dab in the middle.

Watch Ricky Cooper get his flirt on and his daughters try to work out their issues in an all-new episode of Date My Dad airing tonight at 9/8c on UP.

Dark Matter Preview: "Wish I Could Believe You"

Killjoys Preview: "The Hullen Have Eyes"