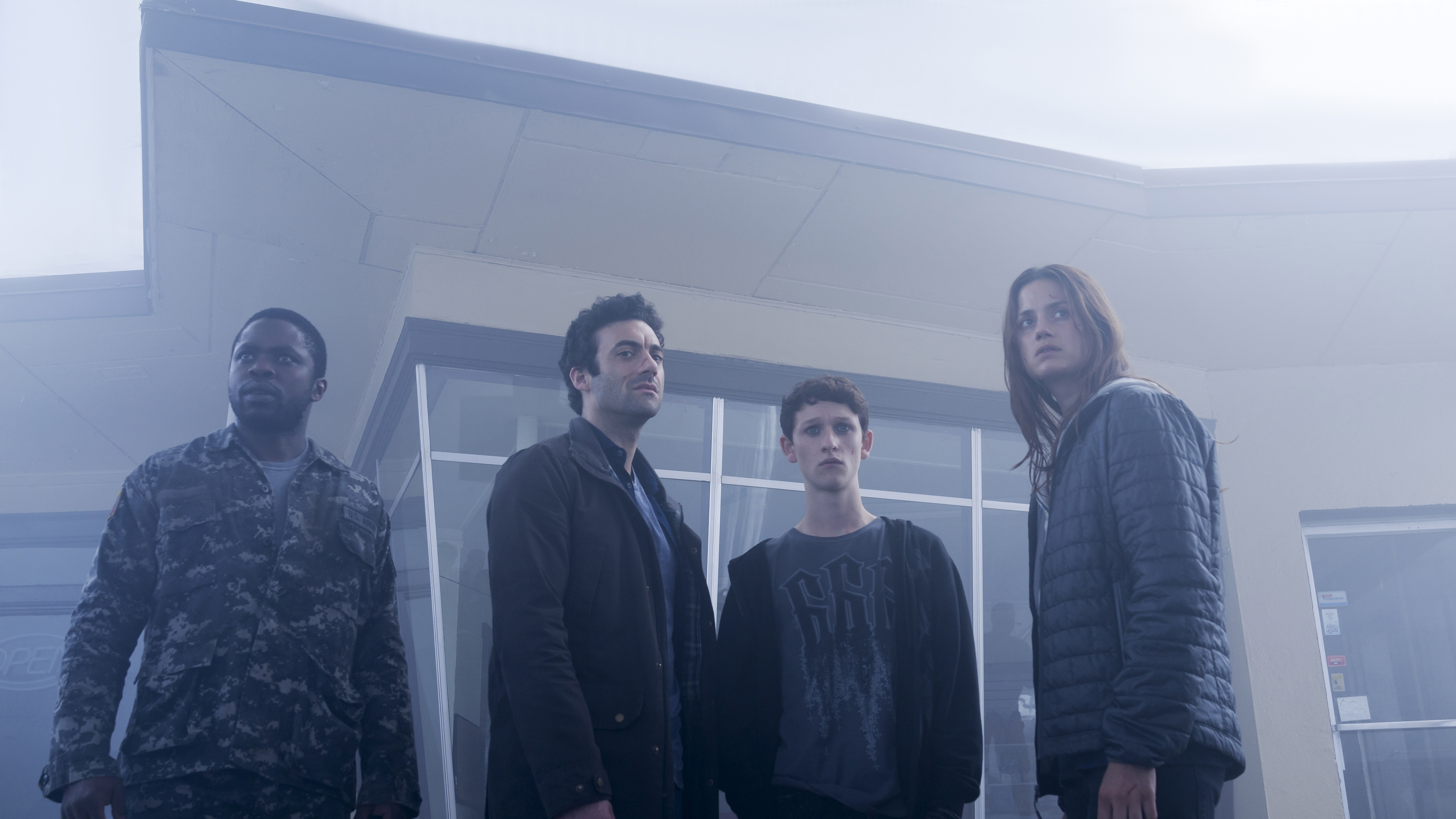 In episode 4 of The Mist, Nathalie’s borderline fanatical devotion to nature and all its creatures following Mikhail’s death sparks fear and suspicion at the church.

Kevin, Mia, Bryan, and Adrian escape the church and reconvene at a gas station, where they try to negotiate transport to the mall from a fellow survivor, but to do so requires blurring the lines of humanity and the greater good when they conceal certain truths.

The mall crowd gets rowdy when the gameboy nerds try to undo their callous disregard for the suicides and instead make things much, much worse for themselves and the rest of the group, delivering a firsthand glimpse of the boogedy. We and they also start to question Alex about her own truths.

The Mist airs Thursdays at 10/9c on Spike. You can catch all four episodes (including this one) online now at Spike’s website. Here’s a sneak peek of “Pequod.”