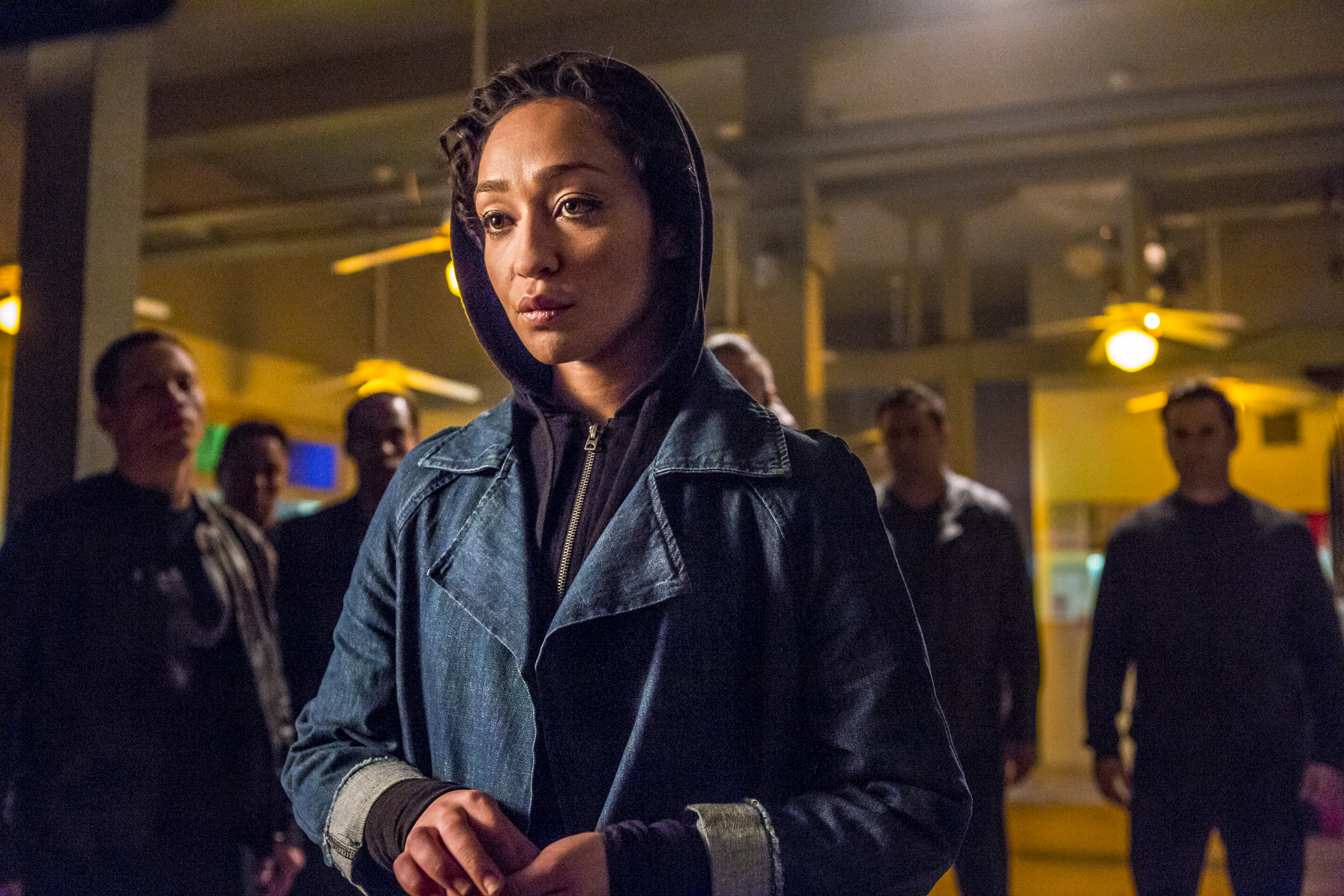 The search for God intensifies as a big lead lands in Cassidy and Jesse’s lap. But as Jesse tries to make the connection between the men in white suits and the new information, Tulip is knee deep in her own heap of trouble. Unable to outrun her sordid past, Viktor finally gets to ask Tulip why she messed up all those years ago.

For the second episode in a row, Preacher kicks things off with Eugene in Hell. He’s getting a crash course in douchebaggery from his cell-block mates. Other that the facial deformity, Eugene is almost unrecognizable from his comic counterpart. Where his story goes in the TV series is anyone’s guess, but it would do well to get moving quickly. Sure, he’s a nice kid that doesn’t belong in hell with the likes of Hitler (Noah Taylor) and Tyler (Justin Prentice), the dude-bro/frat boy with two popped-collars, but it’s hard to get behind a plot point that seemingly makes Hitler out to be this sympathetic figure.

There will likely be some type of karma type payoff should Jesse eventually get Eugene out of hell, but a meek, mild-mannered Hitler being bullied doesn’t provide any vested interest in seeing this story arc play out. After a stern talking to by the Superintendent of Hell, Eugene knows he needs to change his behavior and “act accordingly” with him being in Hell and all. But does he have the capacity to be mean and hateful? Mob mentality can be a dangerous thing, especially for someone trying to prove they belong.

After an adventurous first night in New Orleans, Jesse finally makes it back to Dennis’ place and begins to tell Cassidy about the men in white suits and the blonde who told him about he religious organization running amok around town. Thanks to an infomercial, they make a shocking discovery about a major character from last season. While Cassidy wants to be excited about this new lead, he’d really rather Jesse be more concerned that Tulip has been gone since last night. Jesse explains away the behavior because he thinks Tulip is mad at him, but Cass knows there’s so much more to her absence than that.

In “Damsels,” Tulip’s trip for smokes lands her in the back of an SUV and on her way to see Viktor. This episode finally gives us a face behind the name that’s had Preacher‘s resident bad ass on edge since arriving in New Orleans. The grandeur of Viktor’s introduction show that she had every right to be worried. His calm demeanor is truly frightening as is everything else about the way he carries himself in such a measured way.

There’s a lot more to his and Tulip’s history than just the preview below, and when the reveal drops in the final few moments of the episode, it’s a real doozy. Despite his obvious power, it’s hard to bet against Tulip, especially when she’s backed into a corner. She might take some hits along the way, but there’s no way she goes quietly just because someone asks her to.

Between Hell, Viktor, and the new lead for Jesse and Cass in the search for God, Preacher uses this episode to really drive home the point that things aren’t always what they seem.