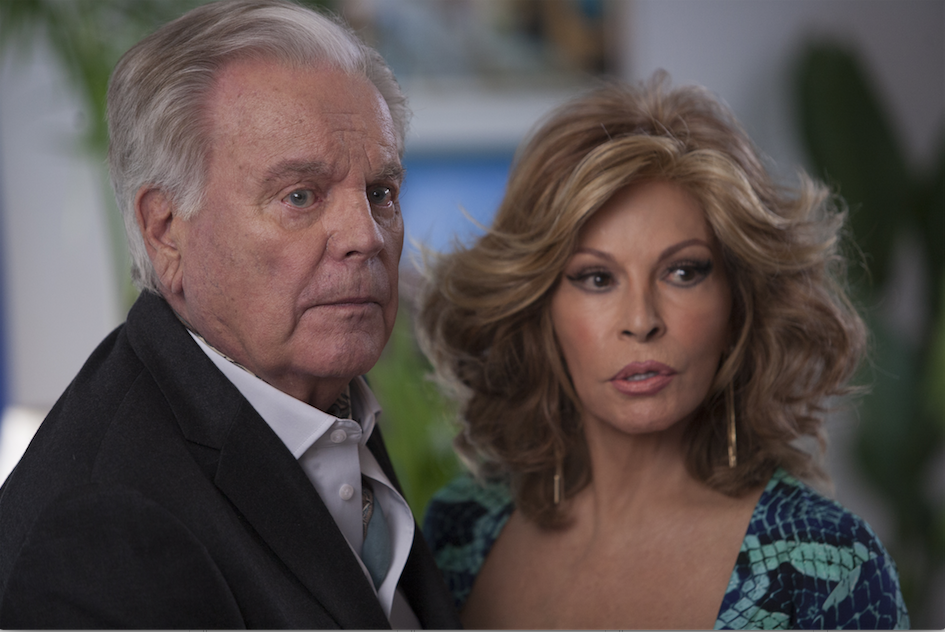 On UP’s Date My Dad, Rosa has a lot on her agenda.

First, she wants to make sure her family remember its Mexican roots. This ends up involving food, salsa dancing and trying to set Ricky up on a date. Second, she has to deal with her love life, specifically a dashing man named Armand.

This is where guest star Robert Wagner comes in. He plays Armand to Raquel Welch’s Rosa. Armand’s in the doghouse with Rosa for reasons you’ll find out in tonight’s episode.

Wagner’s resume is stacked with classic films and the Hart to Hart detective series he starred in with Stefanie Powers back in the early ’80s. More recently he’s guest starred in The League, Hot in Cleveland and he’s had a recurring role as Anthony DiNozzo Sr. on NCIS.

This is a reunion for Wagner and Welch. In 1968, the two starred in the film The Biggest Bundle of Them All. And, yes, their characters were close in the movie.

Expect Armand to try to figure out a way out of Rosa’s doghouse in “Bingo.”

Meanwhile, Ricky goes above and beyond to help out a friend. Stephanie nicknames the new trainer at the gym (Marvel fans will love it).

And in more Cooper family news, we’ve seen Mirabel and Elisa struggle with their own problems. This time around, it’s Gigi’s turn to take front and center. It’s clear she’s super smart and she’s not afraid to show it. When she gets into a new extracurricular program that emphasizes her genius-level skills, things take a turn with her friends at school. What will she do to fit in with her pals?

Date My Dad airs Friday nights at 9/8c on UP.

Dark Matter "Give It Up, Princess"

Once Upon a Time 100th Episode Preview: “Souls of the Departed”