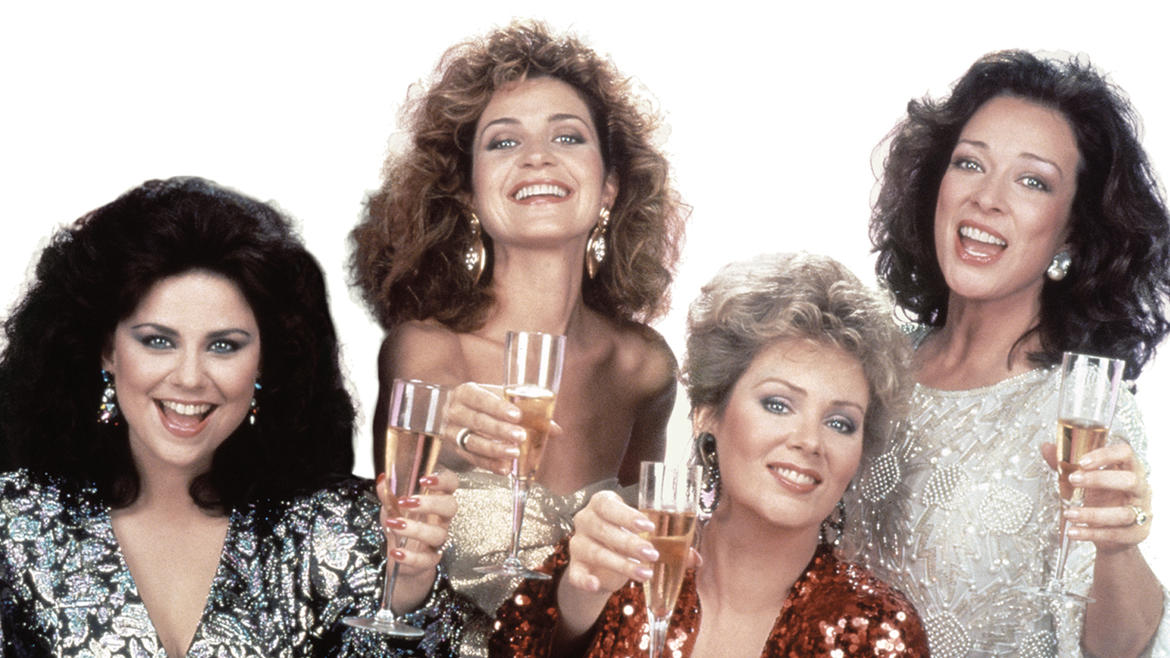 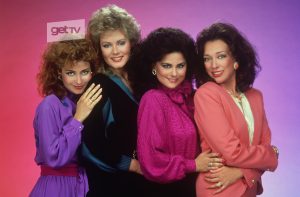 Classic TV never goes out of style, especially when it’s a series like Designing Women.

To celebrate the show’s 30th anniversary, getTV is airing week-long primetime marathons that continue tonight and tomorrow night. The reason for this celebration is twofold, however. Designing Women is joining the network’s daytime block of programming. Starting on Monday, June 26, it airs weekdays from 11a.m. to 1p.m.

GetTV has acquired the first five seasons of the sitcom, which means it’s all the episodes that feature the OG cast, Dixie Carter, Delta Burke, Annie Potts and Jean Smart.

Designing Women focused on four southern women who worked at an interior design firm in Atlanta. They were all distinctly different but what they had in common is they were each fierce, flawed and fabulous. 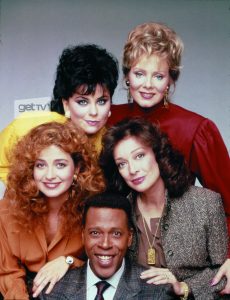 Julia Sugarbaker: The outspoken and very vocal owner of Sugarbaker and Associates Designs, the firm that’s at the heart of the comedy. Can’t reiterate more that she had her opinions and she loved to make them known. Her takedowns were infamous.

Suzanne Sugarbaker: Julia’s sister, a former beauty queen. She was super high maintenance and often inappropriate in her beliefs. She was rich and spoiled but as the series progressed, she learned some serious truths about life that helped evolve the character.

Charlene Frazier-Stillfield: The office manager at Julia’s firm. She was the sweet, naive one and hailed from Poplar Bluff, MO. She felt deeply and was the dreamer of the group. She eventually got married and had a baby.

Anthony Bouvier: You can’t talk about the Designing Women without mentioning Meshach Taylor’s Anthony. He was the Sugarbaker’s deliveryman, who once did a stint in prison. His arc was pretty incredible. While Anthony started out a deliveryman, he eventually became partner and by the end of the series had graduated from law school. 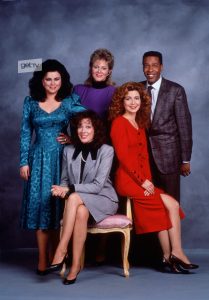 One of our favorite moments from the series is in the Season 2 episode, “Dash Goff, the Writer,” when Suzanne’s soulmate wrote a thank-you note to the women where he described Suzanne, Julia, Mary Jo and Charlene. The episode ended on a wonder photo of the women. It gives us chills every time we see it:

Yesterday, in my mind’s eye, I saw four women standing on a verandah in white gauzy dresses and straw colored hats. They were having a conversation, and it was hot. Their hankies tucked in cleavages where eternal trickles of perspiration run from the female breast bone to exotic vacation spots that Southern men often dream about. They were sweet smelling, coy, cunning, voluptuous, voracious, delicious, pernicious, vexing and sexing…these earth sister rebel mothers, these arousers and carousers. And I was filled with a longing to join them. But like a whim of Scarlett’s, they turned suddenly and went inside, shutting me out with the bolt of a latch. And I was left only to pick up an abandoned handkerchief and savor the perfumed shadows of these women. These Southern women. This Suzanne, this Julia, this Mary-Jo and Charlene. Thanks for the comfort. 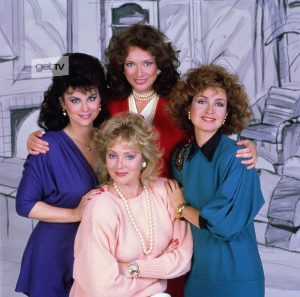 Celebrate Designing Women with an All-Time Favorite Episodes Week. The countdown continues tonight starting at 9/8c. The marathon finishes up tomorrow night at 9/8c on getTV.

Deja Do Over and Over Again, Dark Matter "All the Time in the World"

Date My Dad Preview: "The Outfit"