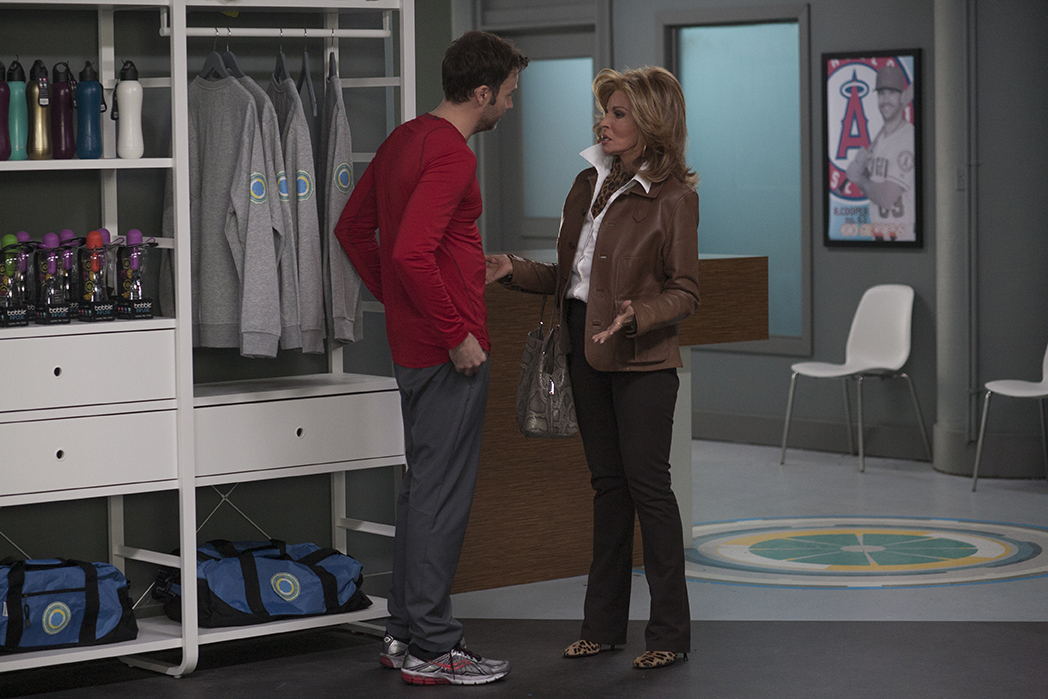 On UP’s heartwarming series, Date My Dad, Rosa’s moving out of the house triggers an avalanche of issues for Ricky and his three daughters.

In fact, the single dad runs into trouble on aÂ number of fronts — at home, at the gym, at the grocery store and at the school where Elisa and Gigi go.

When cleaning supplies and groceries become scarce, Ricky must do the shopping for the entire house for the first time. Rickyâ€™s middle-daughter, Elisa, is left trying to balance school work and maintain the house.

“Sacrifice Fly” deals with themes like what happens when a family’s rhythm is thrown out of balance. You remove one cog in the wheel and suddenly, it’s chaos. That’s when a family is forced to adapt to the new situation. It’s a touch-and-go kind of thing, of course. Will Ricky’s family be able to make it through this test in tact?

How about when Elisa has trouble in school? As the middle child, she takes it upon herself to step up to the plate and be the caretaker in Rosa’s absence. This means the 12 year old shoulders some responsibilities that get overwhelming very quickly. Unfortunately, this starts to affect her schoolwork, especially since she’s not getting any cleaning help at home from her sisters, Maribel and Gigi.

As for Ricky, being a single dad means he’s going to have to rethink some of his more stubborn tendencies. Like not asking for help. Things go wrong all at once. Will he be able to learn that asking for help isn’t a weakness? Something else he might end up learning: dating his kid’s teacher is a big no-no.

Abuela’s on her own so it’s natural to find out she’s feeling alone. For the last three years, she’s taken care of her late daughter’s family. Removing herself from this safe, loving environment is easier said than done. Have Ricky and the girls moved on without her? Will her pride prevent her from checking in on them?

Last week, we introduced you to the characters that make up Date My Dad. We forgot one however. That’s Chris Gauthier who’s playing Ricky’s very nosy and needy next-door neighbor. We love this guy. Gauthier played William Smee on ABC’s Once Upon a Time. On Syfy’s Eureka, he was Vincent, the owner of Cafe Diem. And on Smallville he was the Toyman. He’s guest starred on everything from Dark Angel to Sanctuary to iZombie. But we adored him most when he played the awesome conspiracy theorist Ronald Reznick in the “Nightshifter” episode of the CW’s Supernatural. Ronald learned there’s no such things as Mandroids.

You can see him in tonight’s all new episode of Date My Dad. Barry Watson and Lilah Fitzgerald really shine as the Ricky and Elisa dynamic takes front and center. Date My Dad airs tonight at 9/8c on UP.

Fargo Preview: "Who Rules the Land of Denial?"