Dancing with the Stars “Season 24 The Finals” 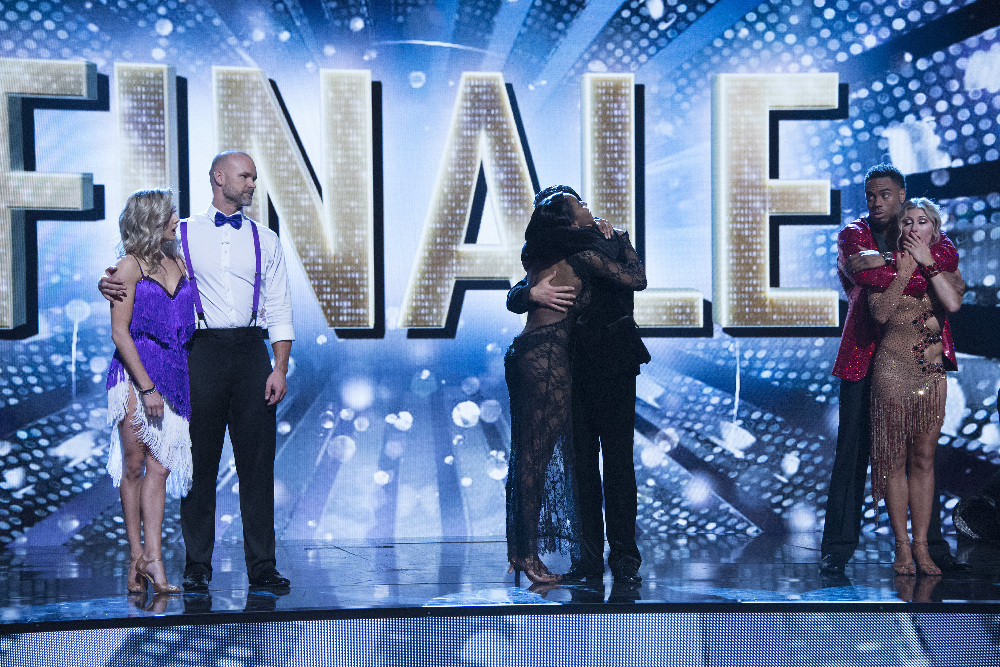 Itâ€™s the Finals of ABC’s Dancing with the Stars. Can you believe it? After the shock of last weekâ€™s elimination of Simone and Sasha, it was time to move on and concentrate on our three very different finalists. However, there is only one Mirror Ball Trophy and as we’ve learned over the years, anything can happen.

On night one each couple performed a Redemption Dance as well as the famous Freestyle — that’s the routine I truly believe determines who will win the trophy. On the second night the finalists tackled the 24-hour fusion dance. As always, it all comes down to the voters and the judges.

Once again, David Ross improved. His Viennese Waltz with Lindsay was really nice. Len thought his shoulders were hunched which is probably true. David is the true underdog but has improved every week. Even though he is not the strongest dancer of the three finalists, I would say he is the one that America is rooting for.

Normani and Val re-did their Quickstep from the very first week of this competition. Len had given them a six so they were looking to redeem themselves big time. And they did. It was another perfect score for these two. Len and Julianne did manage to give Normani a little bit of a hard time because expectations are so high for her.

I thought this dance was sexy, smooth and one of Rashadâ€™s best dances of the season. Emma has been the fantastic teacher and partner and they have magic and charisma that shines through.

Even though this wasn’t the strongest dance for David, he entertained. I loved his freestyle and it fit him like a glove. (Pun intended) He did everything he needed to do. As Bruno said it was perfectly in sync and he kept up with all the pros in the dance.

Normani’s freestyle was spectacular and soulful! It was beautiful and elegant. Normani and Val have such a connection. It was pure and nice to have the little kids as part of the dance.

So much fun. Rashad got to party and be funky. I thought he was going to drop Emma at one point but he didnâ€™t.

Going into the second night the scores were close. At the end of the night, a champion would be crowned. We saw Len salute the finalists. We saw the past contestants dance. Heather danced with some of the pro ladies and was just as great as all of them. (Because she is a professional dancer!!!)

As always, David is enjoyable to watch. This was not the best routine, but it was a proper fusion dance. That’s something, right?

All season long Normani and Val have been consistent. Once again they blew away the competition. Was it enough to win? She is a pro no matter what.

What Rashad does the best is dance with emotion. Along with Emma, they shared a special connection and they laid it all on the dance floor. I agreed with Len, however. His hold wasnâ€™t perfect but you have to love Rashad.

One Republic sang a song as a tribute to the final three.Â But really all we wanted to find out is the winner of this competition. So let’s get to it.

Third Place: Normani & Val. Itâ€™s a bit of an understatement to say that people were shocked to find out that this couple finished in third place. Clearly Normani was the best dancer of the three finalists, but she was very grateful to be there and very classy.

Then there were two: David & Lindsay and Rashad & Emma; Major League Baseball vs. The National Football League.

The winners were RASHAD & EMMA!!!!! David & Lindsay were in second place but all was good with them.

David: â€œItâ€™s almost over. Daddy didnâ€™t think he would be in it this long.â€
Davidâ€™s Daughter: â€œThat Mirror Ball trophy — itâ€™s going in my room.â€
Tom: â€œQuickstep indicates fast, speedy?â€
Erin: â€œDonâ€™t you just love the haters on Twitter?â€
David: â€œSorry America, more tears.â€
Tom: â€œI think we just found Californiaâ€™s official rain dance.â€
Erin: â€œComing to work is so difficult. These are trying times. Iâ€™m beside myself.â€
Len: â€œComing through, donâ€™t touch me!â€
Charo: â€œBruno, I will see you in the parking lot.â€
Tom: â€œI think Charo is one week away from a restraining order.â€
Erin: â€œIs this a kiddie ride, Iâ€™m confused.â€
Gleb: â€œCan your plastic surgeon make you a better dancer?â€
Charo: â€œIâ€™m a virgin in the ear.â€
Tom: â€œOh my god! Erinâ€™s going to drive!â€

What a season this has been. Did the right couple win? Every vote counts. I canâ€™t wait to see what happens next. Congrats to Rashad & Emma!

Now for the next few months we will speculate who will be in the cast for Season 25. See you next season.

Dancing with the Stars comes back this fall on ABC!

Fargo Preview: "The Lord of No Mercy"

The Walking Dead “No Sanctuary”

Dancing with the Stars “Season 18 Week 2”