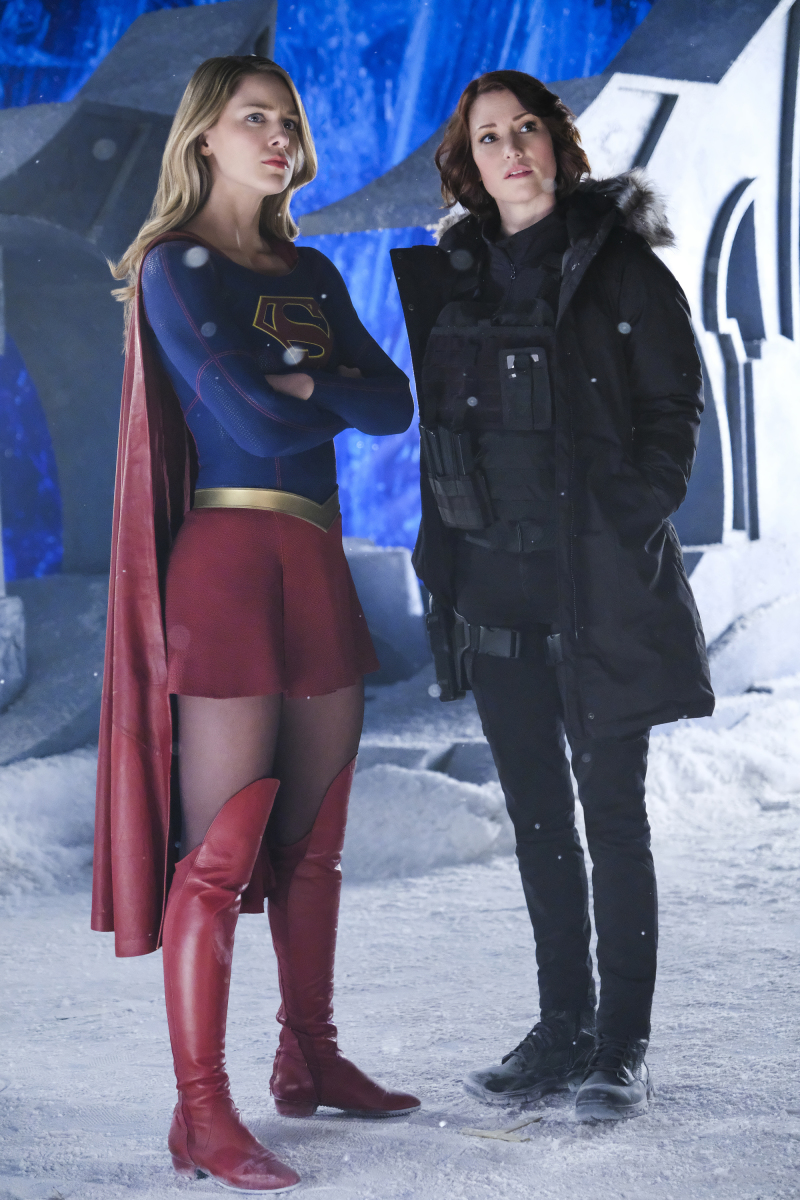 Apparently, we’re not the only ones pumped forÂ Wonder Woman, which hits theaters this summer. Supergirl and friends (and one of her enemies) are too.

During last night’s Supergirl finale, a special promo celebrating the upcoming movieÂ aired starringÂ Melissa Benoist (as Supergirl and Kara Danvers), Chyler Leigh (Alex Danvers) and a couple of other season two faces: Teri Hatcher, who played Mon-El’s mother, the villainous Rhea; and Lynda Carter who appearedÂ in the finale as (alien) President Olivia Marsdin. Of course, we know and love Hatcher and Carter for two of their other super small screen roles — namely, Lois Lane andÂ Diana Prince/Wonder Woman.

The 30-second spot was set to Olivia Holt‘s version of Nancy Sinatra’s “These Boots are Made for Walking” and featured the four women sportingÂ some fierce boots. Kara’s in particular were pretty fab — she claimed she borrowed them from a friend and then did her best Wonder Woman / crossed arm move. Â We approve.

The only way this could have been better is if Gal Gadot aka the big screen Wonder Woman had made a cameo and showed up at National City’s alien bar to join in on the fun.

Here’s an extended 45-second version of the promo:

In Supergirl’s finale, “Nevertheless, She Persisted,” Kara defeated Rhea but had to pay a huge consequence. Mon-El was forced to leave the earth because of a lead-tinged atmosphere that was deadly toxic to all Daxamites.

In the end, Supergirl went after Mon-El, the man she finally said she loved. Unfortunately, his ship was forced into some other dimension or wherever that portal took him. Alex asked Maggie to marry her (we never heard her answer); and Cat, for the moment, is back sitting behind her desk at CatCo.

SupergirlÂ soars back to the CW this fall for season three. Meanwhile, Wonder Woman debuts in theaters Friday, June 2.