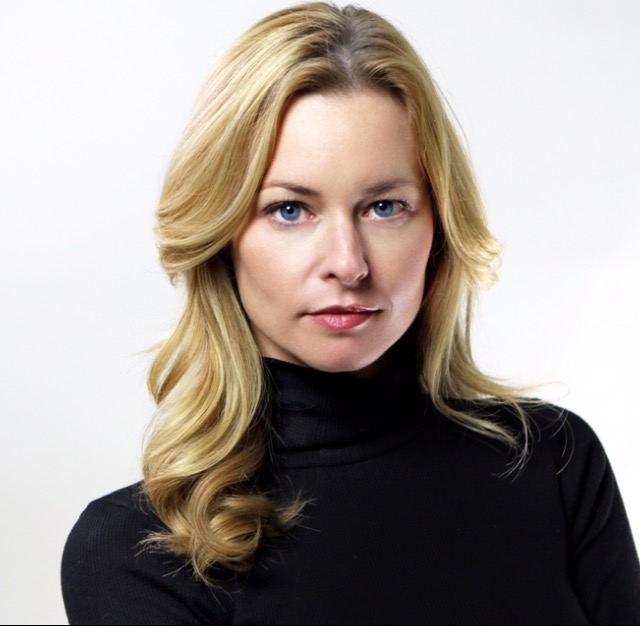 Warning: Spoilers for Ladies of the Lake

The men of Avalon better watch their backs…and every other part of their anatomy.

When the Ladies of the Lake are around, things get deadly, devious, dramatic and downright delicious.

LotL is a four-part miniseries based on the Ken Corday novel of the same name. If you’re not familiar with Corday you should be. He’s the man running the ship over at NBC’s Days of our Lives.

What’s really fun about this venture is not just the scandalous nature of wives rising up and taking care ofÂ  their rotten husbands. It’s the soap opera pedigree surrounding this project. It’s an all-star mashÂ up of current and former soap stars and forces in front of and behind the scenes.

Serving as Corday’s fellow executive producers are Michael Caruso, known for bringing digital soaps Winterthorne and DeVanity to life as well as Kyle Lowder, who’s a former daytime actor having played Rick Forrester on The Bold and the Beautiful and Brady Black on DAYS. Lowder also carved out a role for himself in this adaptation.

In front of the camera, there are a slew of fierce females populating the Avalon gated community. The wives: Jessica Morris (One Life to Live), Martha Madison (DAYS), Lily Melgar (General Hospital)and Marie Wilson (Port Charles, As the World Turns, DAYS).

We were excited to talk to Jessica Morris about Ladies of the Lake. The actress earned her daytime drama street cred when she played Jennifer Rappaport on One Life to Live, a job she really enjoyed. “My favorite thing was just playing the same role for so long. You really bond with your character. I mean, I used to dream in my character.”

In the Amazon miniseries that starts streaming Monday, May 15, four wealthy women find themselves the center of a mystery after each of their husbands wind up dead. “There’s a lot of drama in it,” said Morris.Â “But at the same time, it’s a little comedic as well.”

“We don’t take ourselves too seriously,” she continued. “So even though there are moments of drama and tears and anger and things like that, we are these prissy little rich ladies dressed to the nines who are killing people.”

Morris plays Crystal Amhurst, “a character that I think is the most pulled together as far as she hides bad things that are happening from even her friends, because she wants everyone to be happy and everything to be pleasant.”

Unfortunately for her, her husband is anything but pleasant. “He is very verbally abusive and she’s having trouble getting pregnant,” she explained. “He’s making her feel like she’s less than a woman and just making her feel really small about that.”

Crystal’sÂ natural inclination is to play the part of the perfect wife. “You know, dressing perfectly, perfect nails, perfect hair, always has a smile on her face,” Morris said. “Everything you can imagine you would try to do to please a man, she does without thinking about her own happiness.”

Thankfully, Crystal has her friends/partners in crime who can see her through this trying time. One of Morris’ favorite moments from Ladies of the Lake involves all the wives bonding. “There was a fun scene with all four girls, where we finally kind of air out everything, like the truth of our lives and what’s been going on,” she teased. “Even though we’re close friends, we had never really discussed all this stuff.”

Morris said filming this scene was a cool experience. “I felt like we really got to a good place as actors, because we were all really feeling that, in that moment because we shared some personal stories too while we were shooting. It was a great feeling of being like, ‘Oh, okay. This is what it should be like for women to really connect and be honest with each other,’ and not try to one up each other and act like everything is perfect.”

At the end of the day, she created a fun and supportive working environment withÂ Melgar, Madison and Wilson. “We all were so supportive of each other, and I think we all respect each other for our work and our talent and everything,” she said. “Every day we were just laughing. Or if we had to be serious, we were just there for each other, you know, rooting each other on and helping each other get to places we needed to get to. So, I really enjoyed it.”

Occasionally the work was emotionally exhausting. “I remember one day, they kind of put all of my emotional scenes in one day. So I had been crying, and sort of thinking these dark thoughts all day, and towards the end, I just felt like I was completely empty inside. I’m like, I don’t even know if I could squeeze out a tear right now or do anything, because I’m just … I’m depleted. I need to rehydrate.”

Morris can be seen in the second season of the Daytime Emmy-winning digital series, The Bay which also streams on Amazon. Plus she stars in an upcoming movie called The Hollywouldn’ts.

“It’s basically my story when I was younger,” Morris previewed. “It’s a young girl that moves to Hollywood and is pursuing her dreams. You know, feeling a little discouraged and she meets people who help her and kind of lift her up. It’s just a really sweet, funny, charming movie that I put a lot of my heart into, because I felt like I wasn’t even really playing a character, I was just playing me maybe a few years ago.”

Next week should be considered Jessica Morris week. Ladies of the Lake lands on Amazon Video Monday, May 15. And The Hollywouldn’ts is availableÂ on iTunes starting Tuesday, May 16.

Ladies of the Lake trailer