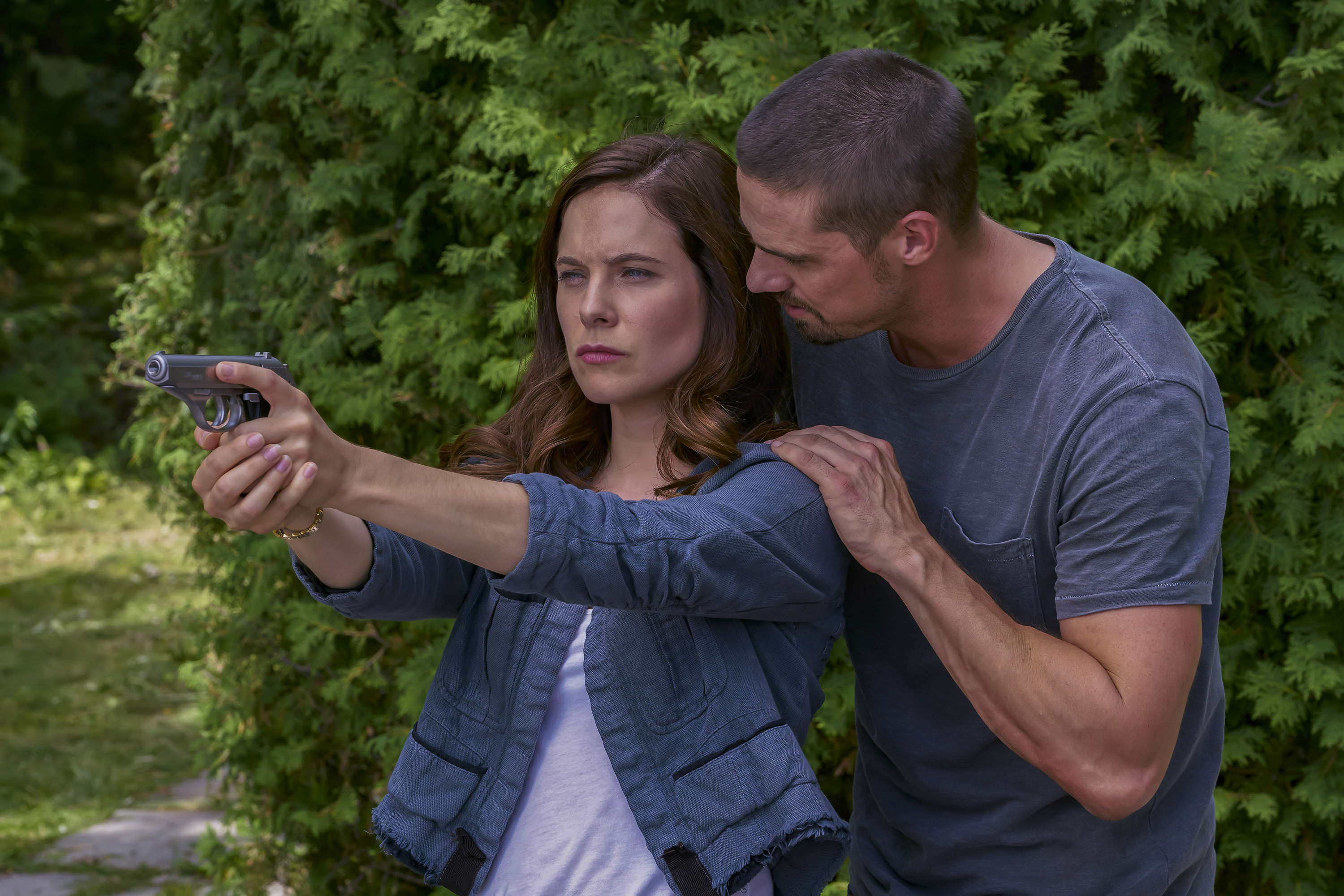 This week on Mary Kills People, Mary turns to family, in the form of her rockabilly tattooed sister, Nicole (Rookie Blue‘s Charlotte Sullivan), unwittingly with Ben in tow following their tryst, as Des struggles to figure out where he fits and who he is without Mary as a partner or friend.

While Des tries to maintain normalcy within their side hustle, Frank makes a move on him that could potentially make his life very complicated. Mary has to sort out what to confide in her sister about what she’s up to and who Ben is, and in the process, we learn a little more about their buried (but not for long) family history.

Grady resurfaces as a threat to Mary and perhaps salvation to Des when he starts to buckle, while Mary’s personal and professional lives intersect again in a really surprising, possibly explosive way. Jess gets more proof that she’s better off without Naomi as a sidekick, sister or bae, even if she can’t quite cut bait on her yet. At work, an already-twitchy Annie has to face new scrutiny.

It’s an interesting divide-and-conquer mechanism to see Ben and Frank work the partners separately, weighted by the fact that Mary doesn’t realize just how shaky Des’s faith is that she won’t betray him. Richard Short has a few terrific scenes as that plays out, and Charlotte Sullivan is great as always, tempering Nicole’s snark with genuine concern and affection.

Mary Kills People airs at 10/9c Sundays on Lifetime. Come live Tweet with us! If you missed them, the first three episodes are online now at Lifetime.

The Vampire Diaries Season Five Premiere Preview: “I Know What You Did Last Summer” [VIDEO and PHOTOS]