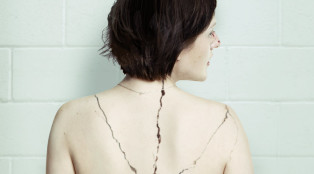 If you’ve been a longtime reader here at TV Goodness (thank you!), y’all might recall that I had some mad love for the 2013 Sundance TV (then Channel) mini-series Top of the Lake, and it’s been a four-year wait for the follow-up mini-series as Elisabeth Moss wrapped up Mad Men and shot the first season of Hulu’s breakout hit The Handmaid’s Tale.

Today, Sundance released the first trailer for Top of the Lake: China Girl, in which the action moves to Sydney, where, four years later,Â Detective Robin Griffin has moved on with her life after the events of the first installment. When the unidentified body of an Asian girl washes up on to Sydneyâ€™s Bondi Beach, the case seems hopeless, until she discovers that China Girl didnâ€™t die alone.

Jane Campion returns behind the camera as director, splitting the season with Ariel Kleiman, and she co-wrote the season with series co-creator Gerard Lee. Onscreen, Moss is joined by a terrific cast of formidable actresses, including Gwendoline Christie, Nicole Kidman, and Campion’s daughter, Alice Englert, who I adore from Beautiful Creatures

Top of the Lake: China Girl arrives on Sundance TV in September 2017. Here’s the first preview.

Haven Preview: “When the Bough Breaks” [VIDEO and PHOTOS]