Dancing with the Stars “Season 24 Week 3” 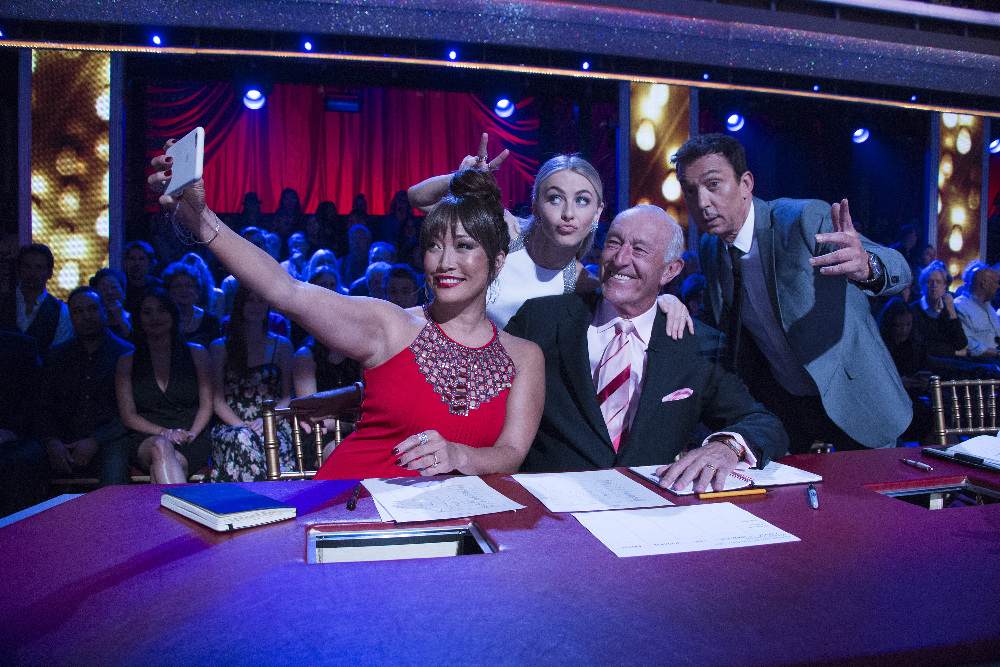 Itâ€™s Vegas night for the first time on Dancing with the Stars! Derek Hough returned to the dance floor to perform with his sister Julianne in a preview of their upcoming tour. We saw some 9s for the first time this season. Len was in a great mood tonight! I canâ€™t decide if I like Grumpy Len or Happy Len better. How did the contestants do on Week Three?

This was definitely Nickâ€™s best dance so far. He listened to the judges and improved. I agreed with Julianne that he had power and ease. He still needs to work on a few things but Nick is on the right path.

It looked like Mr. T was having fun and stayed on the beat. He isn’t the strongest dancer but has improved and he makes people happy. Mr. T is really charming and this danced showed that.

Because of Bonnerâ€™s injuries from being paralyzed, he had some trouble. We learned he canâ€™t do lifts and it took a lot of effort to do this dance. Because of it he was thinking too much in his head instead of just enjoying what he was doing.

Derek and Julianne did a dance from their upcoming show, Move. It was amazing of course! It was nice to see the siblingsÂ dancing in the ballroom.

Maks is still recovering from his injury and had to have surgery this week and so, once again, Alan Bersten performed with Heather. Now Heather had done some Britney on the show Glee. She wanted to see how she could do something totally different then what people have seen from her. Of course she was sensational. Heather proved she could do ballroom and do it well. Hopefully Maks will be back but Alan is filling in very nicely.

Their Foxtrot was nice. It was actually the calmest she has been thus far. It was the sweet and innocent side of Charo. To be honest, I kind of miss the crazy. Sheâ€™s definitely more interesting when she’s that way but poor Tom and Keo have to keep up with her.

Simone is adorbs! She just has to work on her emotions more. This was a great dance for her since she could smile and be herself. She will have to keep that up because we know that movement is not her issue. She and Sasha are so darn cute! For all their effort and cuteness, this pair received the first nine of the competition.

Fun fact: Artem is a huge Ricky Martin fan. His Samba with Nancy Kerrigan was to one of his songs. Nancy and Artem went to see Ricky in concert and met him. Artem acted like a little schoolgirl and it was enjoyable to watch that. As far as the dancing goes: Nancy let go and did a terrific job. She had a great time and you can see that her hard work is paying off. This was not the type of dance that comes natural to her but she made it work.

What girl doesnâ€™t love a dance inspired by Magic Mike? I know I love it. David rocked it. He did the moves but made us laugh at the same time. He did much better than last week but Jazz is a little more flexible then the other dances.

I love Erika but this was not her best dance. She seemed to struggle a bit. But she kept it moving. What’s great about her is she remained a pro on stage and kept smiling even when she obviously made an error. I think she can do so much better.

First thing: Rashad is very, very hot. I think he was a bit behind of the music but he knew how to shake his moneymaker. He needs to smooth out some of his transitions, however. I think itâ€™s safe to say mistakes and all he is very enjoyable to watch.

Wow, considering this is someone who has to travel all over the world with Val, Normani is pretty amazing and keeps upping her game. Her kicks were awesome. She was completely immersed in the routine. She is definitely in it to win. I wish jet lag were as agreeing with me as it is with her.

The couple going home this week: Charo & Keo. Iâ€™m so disappointed but someone has to go. No more Cuchi, Cuchi!

Tom: â€œWay to use those adjectives.â€
Tom: â€œI’m here with my crack security team that protects me from Charo.â€
Tom: â€œThank you to our mini-Houghsâ€
Charo: â€œI have to think before I use my mouth.â€
Tom: â€œThis is the first time I can get out of this uninjured.â€
Tom: â€œAh, Bruno. I donâ€™t know what the hell is the matter with him. He liked me tonight.â€
Tom: â€œSo we learned tonight that the Cubs are locker room twerkers.â€
Charo: â€œBruno, I will see you in the parking lot.â€

Next week get ready for your tissues because it is â€œMost Memorable Yearâ€ week. Who will be the next couple to go home? See you on Monday.

Dancing with the Stars Season 24 airs Mondays at 8/7c on ABC.

Brunoâ€™s TV Journal: The How I Met Your Mother Finale “Last Forever”