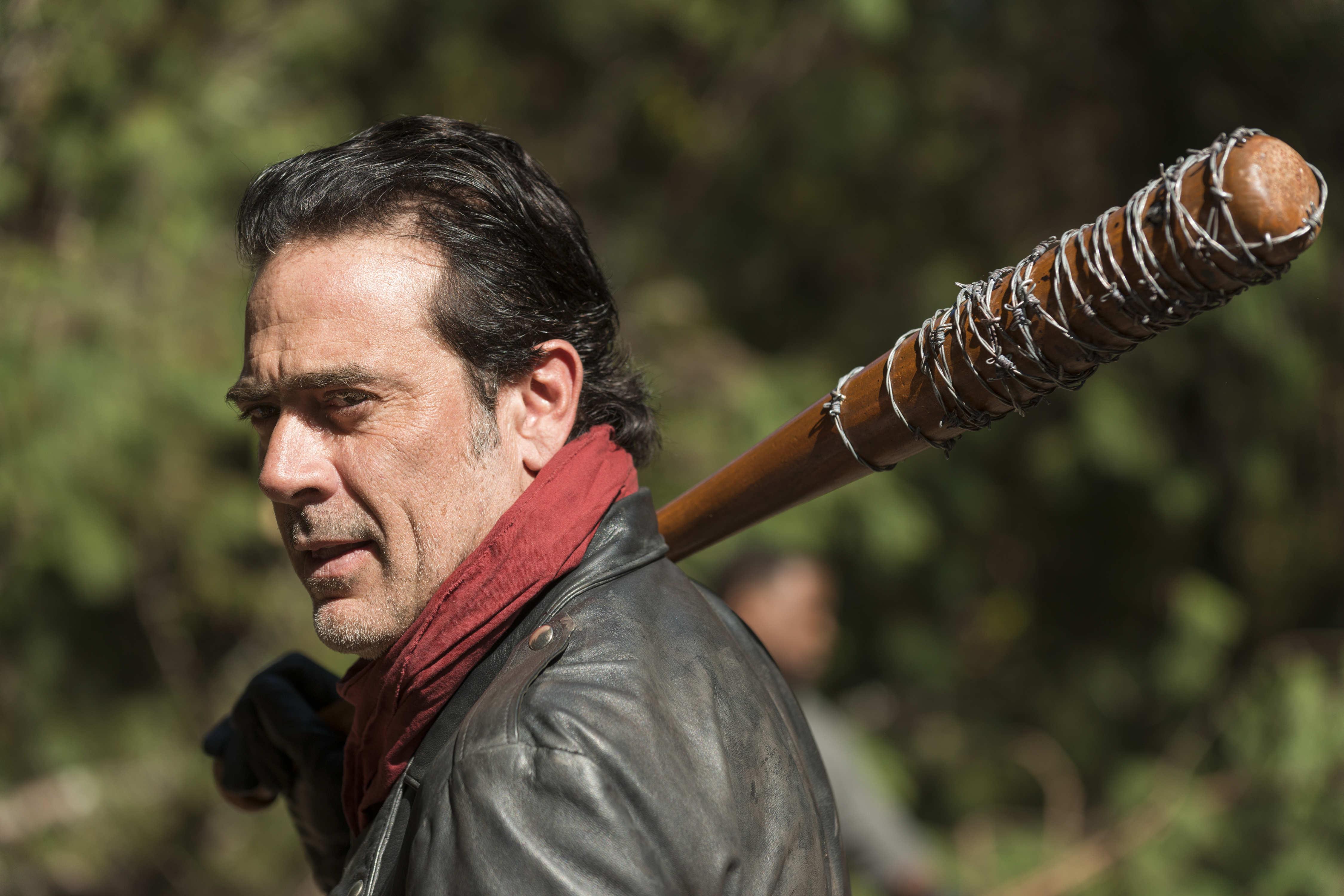 This season of The Walking Dead has been quite theÂ journey, but the war against the Saviors has finally begun. “The First Day of the Rest of Your Life” was an extended, action-filled finale that saw the loss of a major character.

Sasha sacrificed herself in an attempt to thwart the Saviors and save her friends. It was a brave, selfless final act that (mostly) redeemed her poor decision making in the latter half of the season.

A person like Sasha doesn’t sit on the sidelines. She doesn’t let someone else define her future. So it makes perfect sense that she would take the poisoned pill Eugene made.

Sasha knew what Negan was planning and wanted no part of it. Unlike Eugene, sheÂ isn’t interested in self-preservation. That’s the difference between a coward and a hero. A hero is always willing to put their life on the line in order to save their loved ones.

While it was nice to see Abraham (in her memory? dream?), the scenes between them took way too long and stopped the momentum of the episode dead in its tracks. Also, the writers really should have given us those scenes before Abraham died.

The Sasha/Abraham romance was so short-lived and underdeveloped. Emotional scenes between them like the one in this installment would have helped flesh out their relationship better.

It’s been a while since we’ve seen one of the main gang turn into a walker. Sasha’s surprise death was the perfect way to throw Negan off his game. He was genuinely surprised when she came out of the casket.

Sasha’s sacrifice gave Alexandria the moment they needed to fight back. The odds were stacked against them when the Scavengers (aka the garbage people) revealed they were on Negan’s side.

This twist validated my feelings about Rick going around to all the different communities and expecting them to help. As the audience, we all know what side we stand on. However, Rick can’t expect random strangers to follow his lead whenever he wants.

Negan’s plan didn’t make a whole lot of sense, and I can’t for the life of me understand why Sasha needed to be displayed in a coffin. The theatrics were not needed. The coffin was purely a plot device so Sasha could surprise Negan as a walker.

While gunfire broke out between Alexandria, the Saviors, and the Scavengers, Negan got the upper hand once again. Just like in the season premiere, Rick and Carl were on their knees with their lives threatened. This would have been tense had I believed for a second that Carl or Rick would be killed.

Another thing that just bugs me about Negan and any fictional villain that likes to show off, is the the time they take to explain what’s about to happen. While the villain is waxing poetic about the horrible violence that’s about to occur, it gives the heroes plenty of time to escape or be saved.

Negan loves a good monologue, so he left a small window forÂ the Kingdom and the Hilltop to charge in. Also Shiva chowed down on some people, so that was a treat.

Negan’s reactions to Shiva and seeing Maggie alive were funny. Negan thinks he knows everything, so any surprises throw him for a loop.

With the help of the Kingdom and the Saviors, Alexandria did not fall. Negan escaped with whoever made it out alive. The war is definitely not over, it’s only begun.

The narration at the end was very hopeful and everyone seemed happy, but I’m not as optimistic. More people are going to die before this is all over. That’s a guarantee.

So that’s it for Season 7. It’s been nothing short of frustrating and something needs to change. This series is in dire need of a creative resurgence.

I would love for the gang to hit the road again, but I don’t see that happening any time soon. The show would also benefit from cutting the number of episodes. That way we can have tighter storytelling and less time for filler and dumb plot holes.

The Walking Dead is a show I used to love. Now I’m just watching so I can see how it all ends.

The Walking Dead will return Fall 2017 on AMC.

The Psychology of Fashion is Deadly in Bull, "Dressed to Kill"

We Need to Know: When will Will and Mac start acting like grown ups on HBOâ€™s The Newsroom?

Game of Thrones “The Bells”