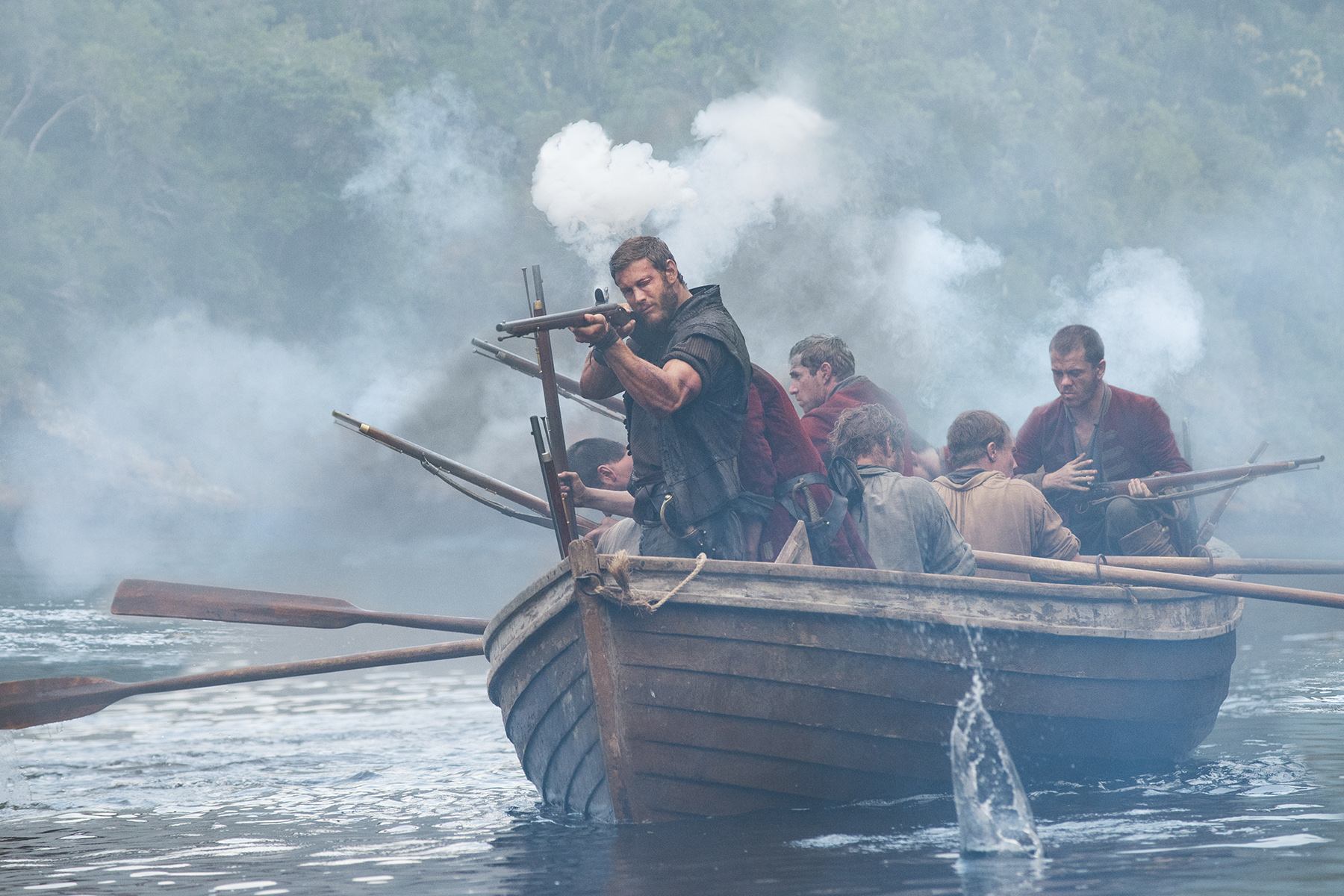 After four years of a steady upward climb, Black Sails is coming to an end just at its peak of greatness. The series has taken fans on high seas adventures and land battles filled with intrigue, drama, and above all else, memorable characters. In the four season since the series began, there has been one person who has commanded attention and garnered either fierce loyalty or unfathomable ire as a result — Captain Flint. He has been down and out more times that we can count, yet he’s always managed to rise to the top. But with everyone seeking the information he alone knows, is it possible for the heroically villainous Flint to pull out one final victory?

It’s all come down to the the treasure that Flint and Dooley took from under Long John Silver’s nose. And since dead men tell no tales, Flint is now the sole person who knows where to find the chest. With a gargantuan target on his back, Flint must navigate a minefield comprised of friends and enemies alike in order to see his vision realized. The vision of a truly free Nassau filled with people who forge their own path without England’s oppressive hand.

However, Flint’s polarizing nature has beset other men’s hearts and mind, forcing their hand in opposition. More lost after Eleanor’s death than we imagined, Woodes Rogers has come completely unhinged and now has singularly focused on capturing Flint by whatever means necessary. Rogers increasingly appears to not care about his once grand plan for Nassau and instead has been reduced to a man that just wants to win. He wants to end piracy on the island, and he’ll leave the waters and roads strewn with the bodies of those who get in his way.

After the massacre in last week’s “XXXVII,” Flint and Silver seem to have made (temporary) amends as they appear to once again be working together to end Rogers rule over the region once and for all. Rackham and his ship are back in the fray, but the pirates we’ve come to cheer for still look overwhelmingly outnumbered; especially when one of their own has turned the tide in the enemy’s favor.

Billy’s arc over the course of the series has seen the character go from wide eyed, protector of his crew mates, to bitter survivalist, to vengeful betrayer. Billy was constantly in Flint’s shadow, and when he’d finally managed to side-step one legend, he was erased by another of his own creation in Long John Silver. Easy to remember his humble beginnings, it’s near impossible to ignore his recent behavior.

Secondary, peripheral, and background characters aside, this series finale comes down to the two men who have been formidable forces from the very beginning: Flint and Silver. Can their friendship survive despite where this tale picks up in Robert Louis Stevenson’s Treasure Island? Will Black Sails somehow subvert history and drive the series in a direction that leaves existing stories in tact while solidly forging their own, complete tale?

The truth of the matter is that I want Flint to win. I have been Team Flint from the very first episode and I have never been inclined to consider any other position than to remain at his side. Of course I like John Silver, how could I not? He’s charismatic, enigmatic, and he’s an exceptional orator who makes me believe that anything is possible. Yet where he and Flint differ is that Flint makes me believe that I’d be a fool to not trust his instincts to carry us through any situation. Flint is a leader who has a proven record of getting results no matter the cost; experienced, optimistic, and forward thinking. John Silver is more like a community organizer who believes in the power of numbers and compromise to achieve desired outcomes.

The odds may not be in Captain Flint’s favor, but in 37 previous episodes, the team behind Black Sails hasn’t given me any reason to doubt their judgement. Though I hope we don’t have to see Flint reduced to a parrot that sits upon Silver’s shoulder, I have prepared myself for Flint being cold, calculating, and one step ahead until his dying breath.

3 Moments of Goodness from Nikita “Til Death Do Us Part”

Moment of Goodness: Danny’s Got Jackie’s Back on Blue Bloods “Lonely Hearts Club”