The Walking Dead “Something They Need” 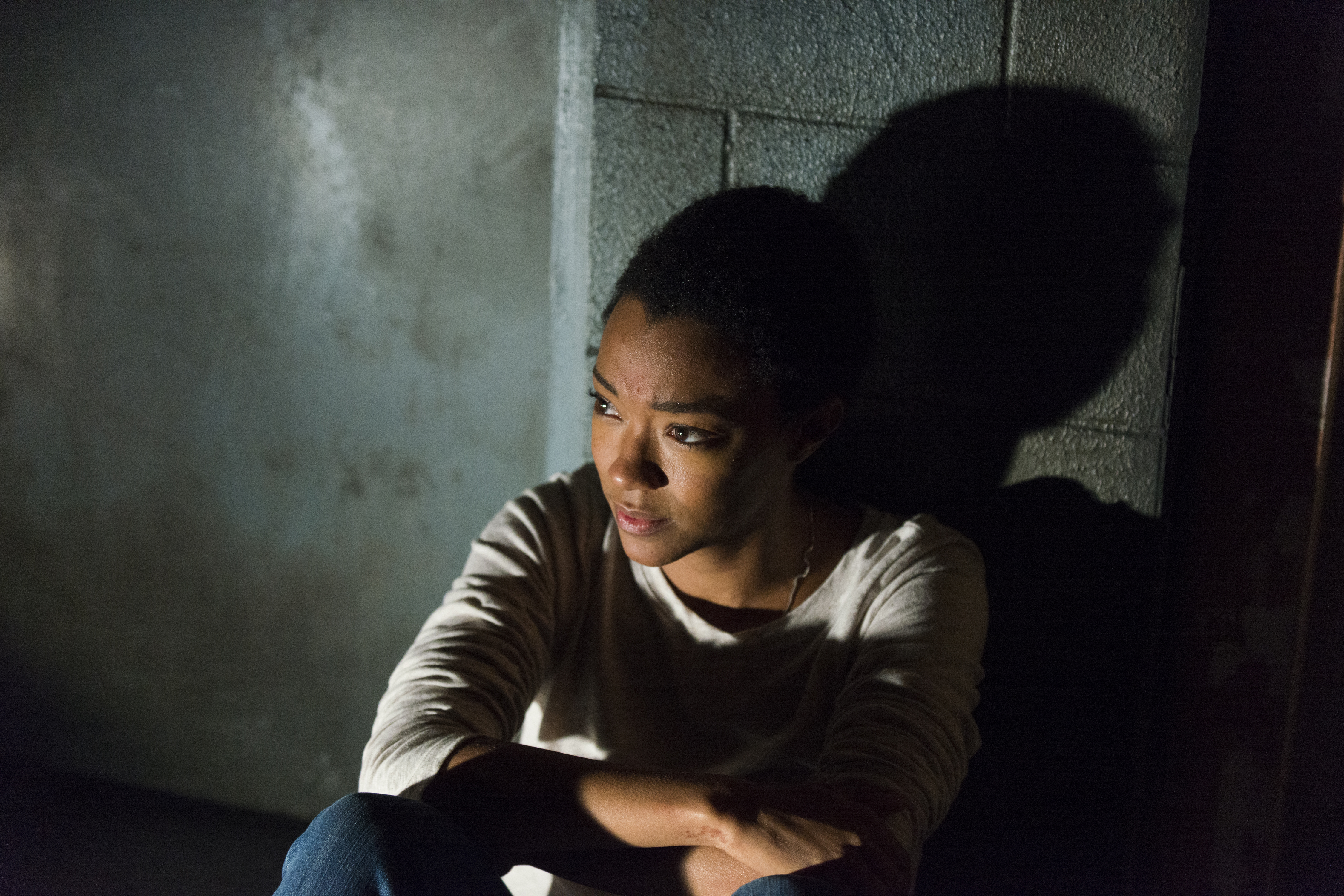 The gang is ramping up for their war with Negan, but I had only one question after watching the latest episode of The Walking Dead. Were Rick and Co. total dicks for their treatment of Oceanside?

“Something They Need” had Rick and the others force their way into Oceanside taking away their guns. They didn’t give them a sayÂ in the matter. While I understand the need behind their actions, I couldn’t help but be annoyed with them.

Oceanside had been doing just fine without Rick’s people coming in and disrupting their way of life. I know that we are supposed to be rooting for the group we’ve been following since the pilot, but sometimes they insert themselves into situations that don’t call for action.

The kindly women and girls of Oceanside were just minding their own business before Rick and Co. stormed in and demanded their weapons and their help. Really? That’s not the best way to make a good impression.

I also thought the majority of Oceanside’s turnaround on helping them was too fast. They can get hundreds upon hundreds of guns, but I’m not convinced that will magically solve their Negan problem.

If anything, Dwight’s appearance at the end gives me more hope they can stop Negan. The best way to take down a villain is to know their weaknesses. There’s no better way to learn what those are than to team up with someone from the inside.

Dwight has grown into one of my favorite newer characters, and I’m curious to see what he has to say to Rick in the finale. Dwight has every reason for wanting to destroy Negan. Hopefully Daryl can not beat him up long enough so they can come up with a solid plan.

Sasha was predictably captured by The Saviors and locked in a cell. She was grossly threatened rape by one of Negan’s lackeys in a scene that went on way too long.

Okay, I need to go on a little tangent for a minute. Negan is so infuriating with his whole “we don’t rape women here” bullcrap. He likes to pretend he’s a real man for not physically forcing women into sex, but he is no better than the man he killed. He gives women no choice but to enterÂ into sexual servitude. None of those “wives” he has want to be there with him. They had to save themselves or their loved ones. That’s not a choice. It’s rape. I don’t care what Negan wants to call it. Okay, I’m moving now.

According to Negan, Sasha had a few options: she could try to kill him and fail, kill herself, or join his people. All are were not great options. After giving her some time think about it, she pretended like she was ready to fall in line.

While it looks like Dwight hasÂ switched sides, Eugene appears to have done the same. Many of suspected that Eugene was playing a long con to take out Negan from the inside, but those hopes have been dashed.

Eugene has proven time and time again that he’s a coward. His talks with Sasha proved that he is only interested in self-preservation. Eugene doesn’t have any principles. He’s willing to go along with anyone who can help keep him alive.

Thankfully Sasha isn’t interested in turning her back on her friends. I interrupted her smile after tearfully pleading with Eugene through the door as her trying to get himÂ to give her a weapon to hurt Negan. However, Eugene returned with the pill he created to kill Negan.

Sasha looked a little disappointed, but I have a feeling that poison is going to come back into play eventually. After all, I think Sasha would rather kill herself or be killed before helping The Saviors.

Over at The Hilltop, Gregory was being super shady holding his knife dangerously close behind Maggie. You could tell the thought crossed his mind that he could kill Maggie, but he quickly backed out.

Perhaps he didn’t think he could take her on. Or maybe he was so disgusted to think he was capable of killing a pregnant woman. Regardless, the thought was there.

Surprising to no one, Gregory had never killed a walker before and needed Maggie to save him. We could already tell he was misogynistic, but it definitely looked like a hard pill for him to swallow having a woman save him.

To make matters worse, Gregory was caught not being able to save himself in front of some of his people. They had no idea he had never killed a walker before. This doesn’t bode for his future as a leader.

Why would anyone follow him if he lied about his abilities and doesn’t contribute anything. He doesn’t help with training, self-defense, farming… nothing.

Maggie is much more suitable to lead The Hilltop, and Gregory knows it. That’s why I’m sure he’s about to sell her out to The Saviors. He wasn’t looking at that map for no reason.

So as we head into the finale, here are some questions I have:

The Walking DeadÂ airs on Sundays at 9/8c on AMC.

Check out a sneak peek of the season finale, titled “The First Day of the Rest of Your Life.”

In Bull, We Trust When Playing the "Name Game"

Guess Who’s Coming to Dinner, Scandal “Inside the Bubble”

Once Upon a Time “Her Handsome Hero”