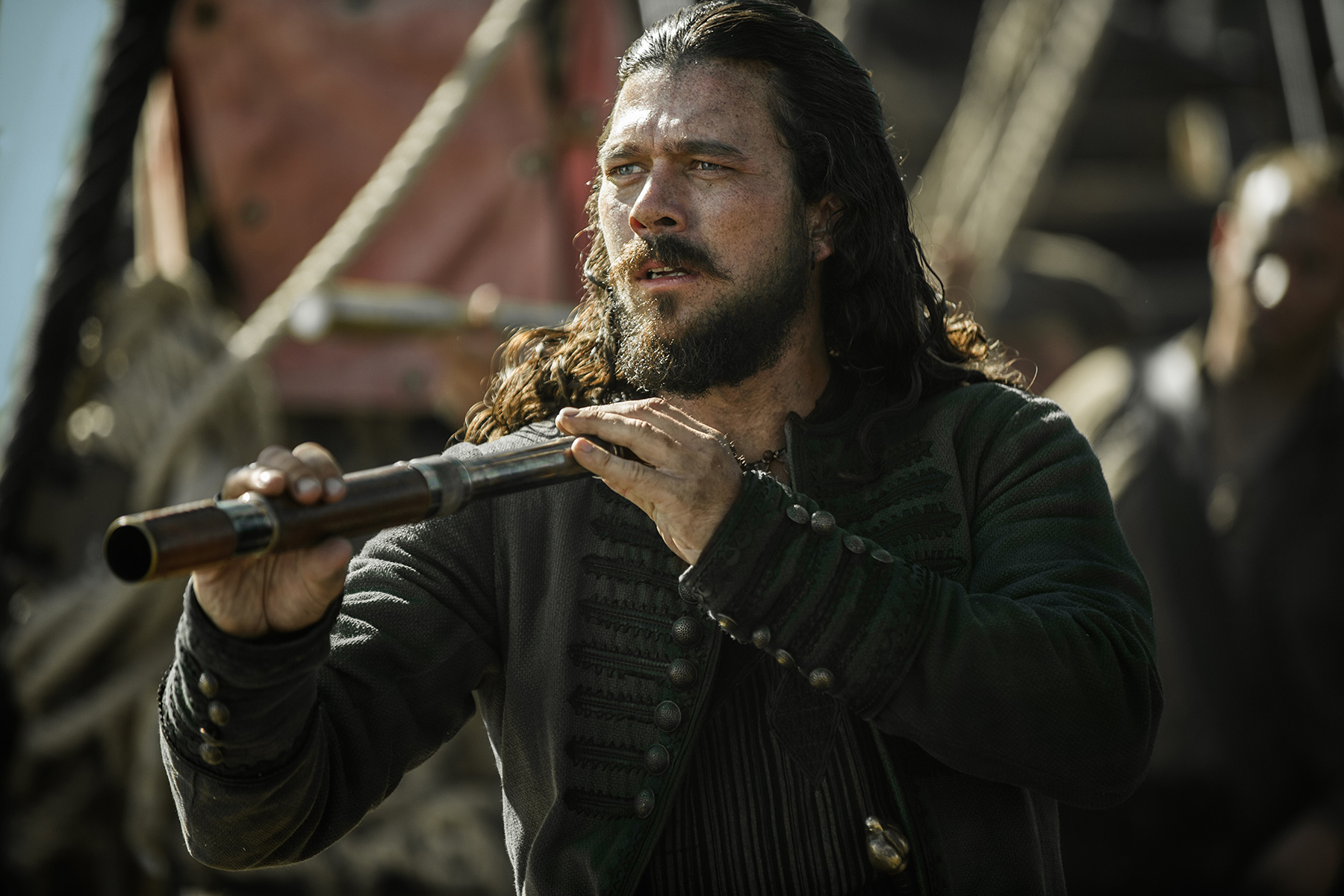 Black Sails “XXXVII” takes an almost nostalgic look back at how Flint and Silver became the pair they are at present. Touching moments of quiet, honest introspection provide reminders about how far each has come and why they’ve been able to command the loyalty they’ve earned. However, these deeply insightful moments are not meant to lull viewers into a false sense of “calm before the storm.” This penultimate episode is filled with action, tension, defiance, and an overwhelmingly emotional thread that ties it all together. Tend to your hearts because this one is a doozy.

The chase is afoot on Skeleton island as Silver’s men seek to find Flint before he has time to bury the treasure. With Israel Hands as part of the group sent, we’re right to wonder just what will happen when he and Flint inevitably come face to face. While it’s easy to be sucked into the action as the episode progresses, the lush jungle setting almost proves to be a character itself. The ghost stories that Flint recounted to Dooley before they took the treasure seems to have permeated the Walrus crew as more and more of the men report hearing and seeing things. The creepy ambiance is something that Woodes Rogers uses to his advantage after a conversation with pirate turncoat Billy Bones.

Who will win? Governor, if you have ask, you probably don’t want to know the answer. And like the bitter and spiteful person he’s now become, Billy uses his position to influence Rogers. It’s hard to decide whether it’s worse that Billy has sunk so low as to betray his brethren, or if Rogers has fallen so far that he’s taking advice from a man like Billy.

As easy as it is to be mad at Billy, “expect the worse” is the best advice anyone could give in a moment like this.

The tension in “XXXVII” is wound so tightly that viewers are left winded by the end. This episode has a beautiful backstory set against an explosive present; which gives viewers to the chance to weigh all the decisions that have lead everything to culminate at this point. For those of us who have formed attachments to any one faction over another, that bill has come due and will be paid in blood.

Black Sails “XXXVII” is the second to last episode of the series, and it airs Sunday, March 26th, at 9/8c on Starz.