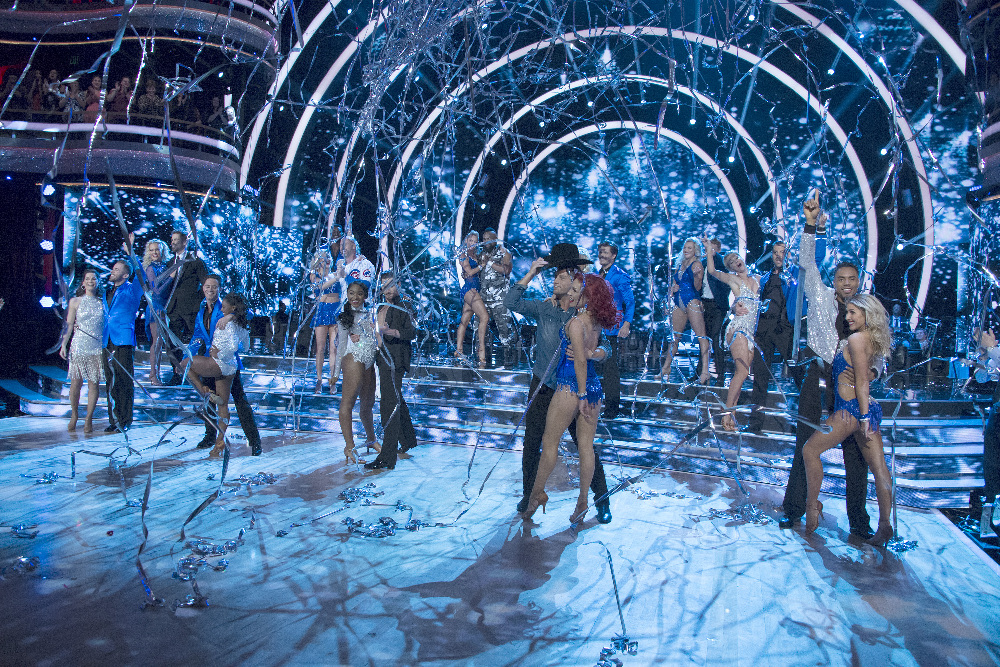 CongratulationsÂ to ABC’s Dancing with the Stars. It’s not just the premiere of Season 24. It’s also the reality competition show’s 400th episode.

Len is back all season, no going back and forth to England. There’s an array of stars from all walks of entertainment. Who will be the frontrunners and who will struggle? Letâ€™s find out:

Since she’s one of the singers from the group Fifth Harmony, it’s obvious Normani Kordei already has musicality. On her very first dance, she sure looked liked a seasoned dancer to me. Len being Len, he had some critiques, but he did say she did a great job. Carrie Ann agreed with Len that the beginning was a bit long but overall it was a fantastic opening. The main thing Normani needs to work on is her partnership with Val.

I thought Nancy Kerrigan and Artem Chigvintsev were stunning together. Again, it’s not a surprise she did well. Her arms and lines were beautiful. It will be interesting to see how she does on the Latin dancing, however.

Oh boy, Chris. It was a Night At the Roxbury. As Bruno said: a very long night at the Roxbury. It was fun but, unfortunately, he had a little trouble. Chris might be on the chopping block next week but who knows. Anything can happen.

First, Bonner BoltonÂ is hot. Second? Did I mention that he’s hot? Third: he’s going to need to improve. Don’t get me wrong. He isn’t bad. In fact, the chemistry between Sharna Burgess and Bonner is electrifying. What he has to do now is go into rehearsals for next week and work on his technique.

The perfect dance for Charo! It was fun and the salsa was in her wheelhouse. The performance was great but, much like Bonner, she has to work on technique. She didnâ€™t like her scores and got a little upset with the judges. Poor Tom and Keo had to control her a bit.

Nick ViallÂ did a lot better then I could have imagined. HeÂ had a couple of missteps which means he nees toÂ work on his hands and feet. The man actually has potential if he listens to the judges.

No surprise, Heather MorrisÂ was amazing! The partnership was great and she was a fantastic. Len thinks Heather and Maks are a match made in heaven. It was absolutely beautiful. Carrie Ann felt that the dance didnâ€™t show who Heather is and that she was holding back a bit. Being BeyoncÃ©â€™s back-up dancer puts the pressure on.

Another secret revealed: a Major League Baseball player that isnâ€™t bad. He is a little stiff but the content was there and his hold was on point! There have been a lot of athletes over the years but David is the first professional baseball playerÂ on the show. He has to represent! Will baseball fans represent and vote for Ross?

Another member of the Real Housewives franchise appears on the dance floor. Erika JayneÂ was awesome! Just needs a little more content next week. It was sexy. I thought she should have gotten higher scores. I am looking forward to seeing Erika do the ballroom dances.

First of all Rashad JenningsÂ is adorable. He knows how to dance but he was a little ahead of the music at some points. Iâ€™m not sure he should have gotten so many 8s but he can get it!

Not a lot of dancing but the routine was entertaining because letâ€™s face itâ€™s, itâ€™s Mr. T. He did a few of the steps wrong but he showed that you should try. He might be another one on the chopping block to go home next week.

Simone Biles is such a powerhouse. Sasha and Simone are the perfect pair. Len felt it was the dance of the night. Great things come in small packages.

There was no elimination this week but you have to vote. Someone will be sent home next week so, hopefully, everyone voted for his or her favorites. I think this is going to be a strong season because there are a lot of good dancers and it makes things more interesting.

Dancing with the StarsÂ airs Monday nights at 8/7c on ABC.