The Walking Dead “The Other Side” 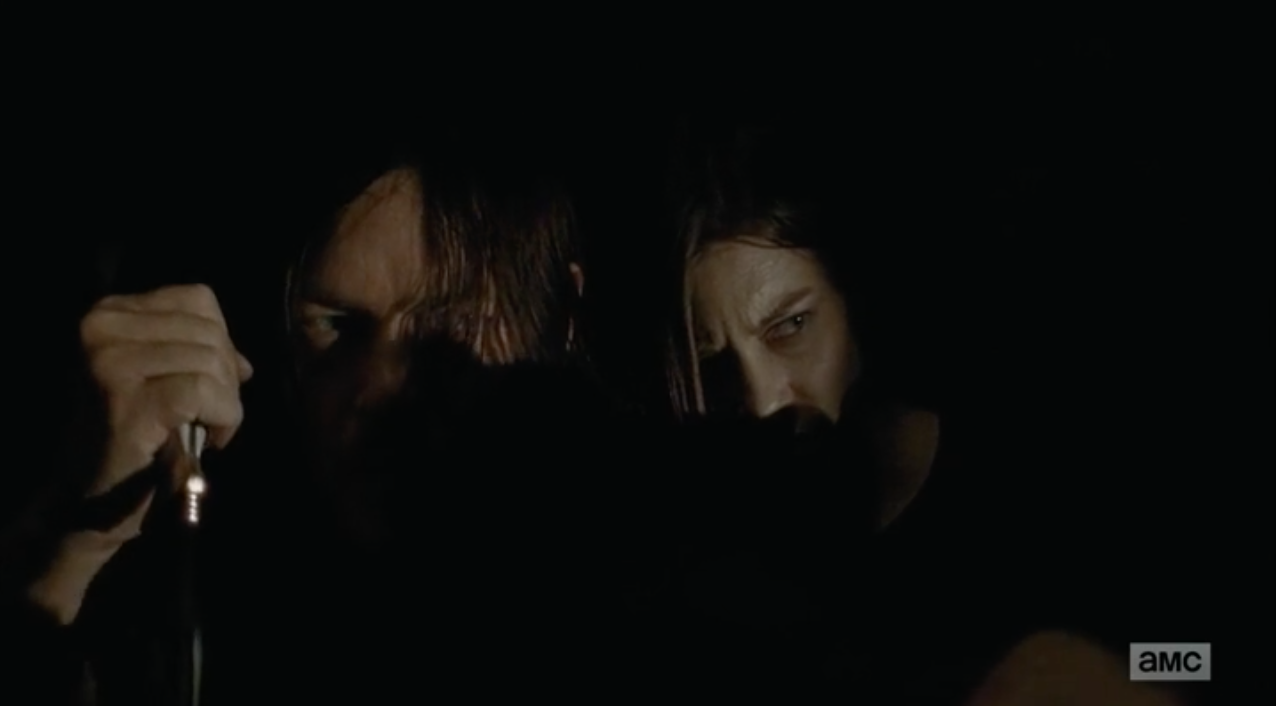 After time spent at The Kingdom, returning to The Hilltop was nothing but a snooze fest. Sorry to be blunt, but this episode of The Walking Dead, titled “The Other Side,” had little action and only pushedÂ the plot forwardÂ in the last ten minutes.

With the various groups we’ve been meeting over the past couple of seasons, The Hilltop is my least favorite. Sure, The Hilltop gave us Ninja Jesus and for that I am very grateful.

However, Jesus can’t make up for Gregory’s horribleness. Not to mention we know very little about anyone else in that community.

Gregory is a brown-noser and a coward. There’s no question about that. He shows little respect toward women and has done nothing to stand up for his community against The Saviors.

When Simon and the other Saviors came to collect The Hilltop’s doctor, you could finally see a crack in Gregory’s facade. Taking away their only source of medical assistance botheredÂ him.

But per his arrangement with The Saviors, they can take whatever pleases them. Since Negan killed their only doctor, they will gladly take a doctor from another community.

I can’t see Gregory ever becoming a redeeming character. He threatened Jesus. No one threatens that gorgeous head of hair!

I’m all for female bonding, but Rosita and Sasha’s mission was just plain stupid. I don’t care if you are a man or a woman, going into a dangerous situation like that without an army of people behind you would never work out.

Rosita opening up about her past and how she had come to learn all her skills felt a little forced. I love getting more information about a character’s background, but this just felt like a weird way to get to knowÂ her.

Thinking they could take out Negan all on their own was just foolish. I don’t know if they weren’t able to think clearly, but Rosita and Sasha were acting on emotion.

Emotions are good. They are the only thing keeping everyone from completely losing their minds in the new world, but going on a suicide mission doesn’t help anyone.

Even if they managed to kill Negan, The Saviors would retaliate and then who knows how many people would die. Rosita and Sasha’s need for vengeance shouldn’t come at the expense of other people’s lives.

Also, can we just briefly talk about the two of them running into Eugene on their way into the compound. His moment to get awayÂ was right there. But he didn’t want to leave.

So what does this mean for Eugene? Has he fully gone to the dark side? I’m still not sure yet. He seemed very upset telling them he wasn’t going to run.Â I really hope he still has a greater plan in mind to take out Negan from the inside.

Also, I didn’t understand why Sasha would prevent Rosita from helping to kill Negan. That just didn’t make sense. Regardless of her reasoning, the next time we see her she will definitely be captured.

One of the better moments from this installment was Daryl attempting to apologize to Maggie for getting Glenn killed. Daryl blamed himself for the whole thing.

I would too if I were him. His actions directly caused Negan to lash out a second time. That doesn’t mean I blame him for everything.

Negan was the one responsible for killing Glenn. No one forced him to do anything. He just used Daryl’s outburst as a way to inflict more violence.

Thankfully Maggie held no resentment toward Daryl. She probably knew he was already beating himself up about it. That’s why he wouldn’t speak to her. He didn’t know what to say.

Daryl can’t shut down. Now is not the time. Maggie needs him present and focused. She’s shaping up to be an incredible leader. That being said, Gregory might want to hand her over to The Saviors or kill her himself.

With only two episodes left this season, something major needs to happen with The Saviors. I don’t expect Negan to be killed, but can we at least take away his beloved bat, Lucille?

Check out a sneak peek at the next installment, titled “Something They Need.”

Everything is on the Line in Black Sails "XXXVI"

Klaus the King, The Originals “Reigning Pain in New Orleans”

Dancing with the Stars: Season 16, Week 3

The Blacklist “The Scimitar”

How to Get Away with Murder “Pilot”