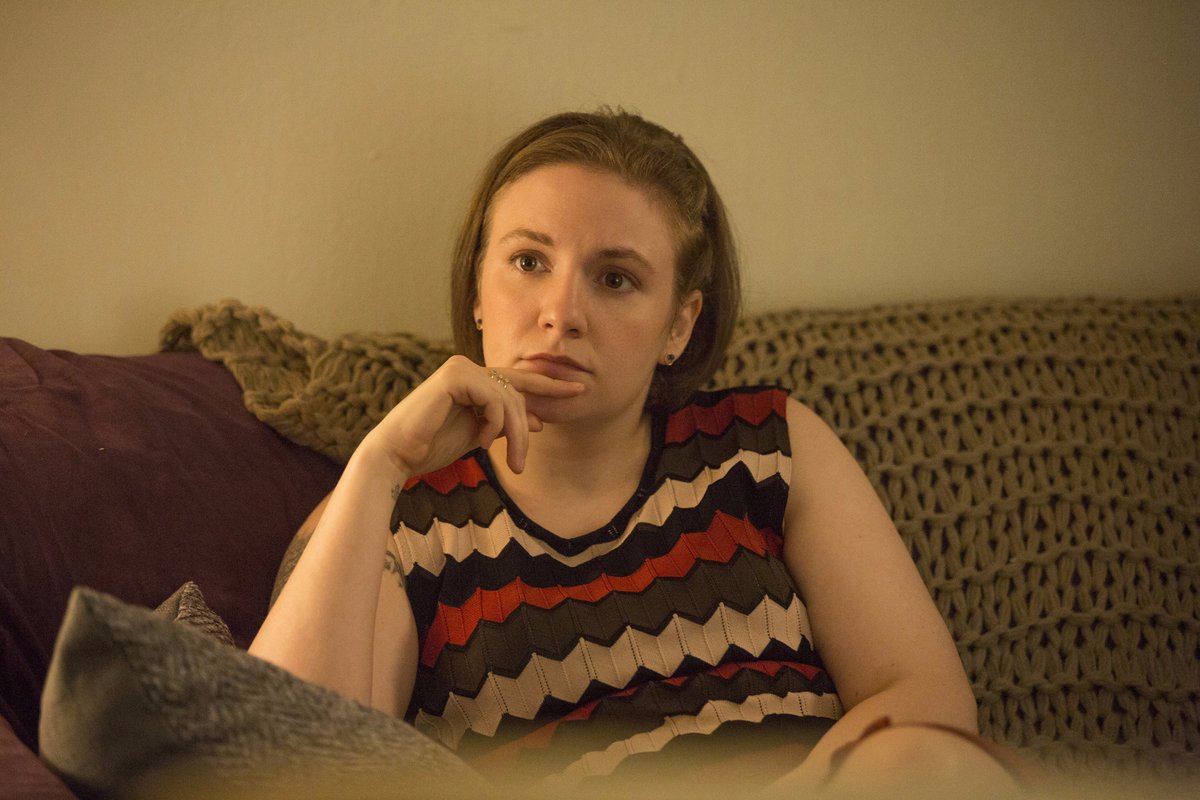 Hannah Horvath on Girls is pregnant. And she’s going to keepÂ the baby.

Whatever she’s facing, she knows this much. At the end of last week’s episode she had a wicked fight with Elijah. Well, we wouldn’t call it a fight. It was more like Elijah unleashing holy hell on her for making this personal choice. He said she was going to be a terrible mother. For him, it’s a choice that doesn’t just affect her, it affects their friendship.

But in reality, what it really does is make him face a few things about his life. Yes, hisÂ lazy-faire existence mightÂ have to come to an end if he wants to be a part of this baby’s life. So the question becomes whether he’ll be able to step up to the plate.

In tonight’s episode,Â Hannah’s pregnancy continues to drive the story.

Marnie (Allison Williams) tries to convince a resistant Desi (Ebon Moss-Bachrach) to follow through with their planned gig at her momâ€™s birthday party in New Jersey. After rebuffing Adamâ€™s (Adam Driver) request to watch his film, Hannah (Lena Dunham) gets advice on an important decision from her dad (Peter Scolari) and his new partner, Keith (Ethan Phillips). Elijahâ€™s (Andrew Rannells) thespian talents are rekindled when he helps a coworker run lines for an audition.

-In “Full Disclosure,” Hannah has interactions with Elijah, Marnie, her dad and his boyfriend as well as Adam and Jessa. This fact alone makes the episode worth the price of admission.

-Post-rehab Desi is as much of a mess as pre-rehab Desi. Maybe even more of a mess.

-Rita Wilson once again guest stars as Marnie’s messed-up mom, Evie. (There are a lot of messes on this show)

-Hannah receivesÂ solicited and unsolicited advice on an important matter concerning her pregnancy.

-Elijah’s path may become more clearÂ after agreeing to run lines with his coworker for an upcoming audition.

–Guest Star Goodness: Playing Elijah’s coworker is guest star Jasmine Cephas Jones. The actress is best known for originating the roles of Maria Reynolds and Margarita “Peggy” Schuyler Van Rensselaer in Hamilton, both the Off-Broadway and Broadway versions. In fact, she was one of the three Schuyler sisters to sing about brotherhood and sisterhood when theyÂ performed “America the Beautiful” at this year’s Super Bowl (the other two Schuylers: Renee Elise Goldsberry and Phillipa Soo). She’s also the daughter of Ron Cephas Jones, who is best known as William on NBC’s This is Us.

Fun Fact: Andrew Rannells aka Elijah starred in Hamilton on Broadway for five weeks. He took over the role of King George III while Jonathan Groff was off filming theÂ Looking movie.

Heads up: keep watching into the credits of tonight’s episode. The final season of Girls airs Sundays at 10/9c on HBO.

Inside Episode 5: Lena Dunham talks about last week’s episode. One of the topics? Daisy Egan, the actress hired to play Hannah Horvath in Adam and Jessa’s movie. Love what Dunham had to say about her.

Togetherness: S2 so far and “Just the Range” Preview