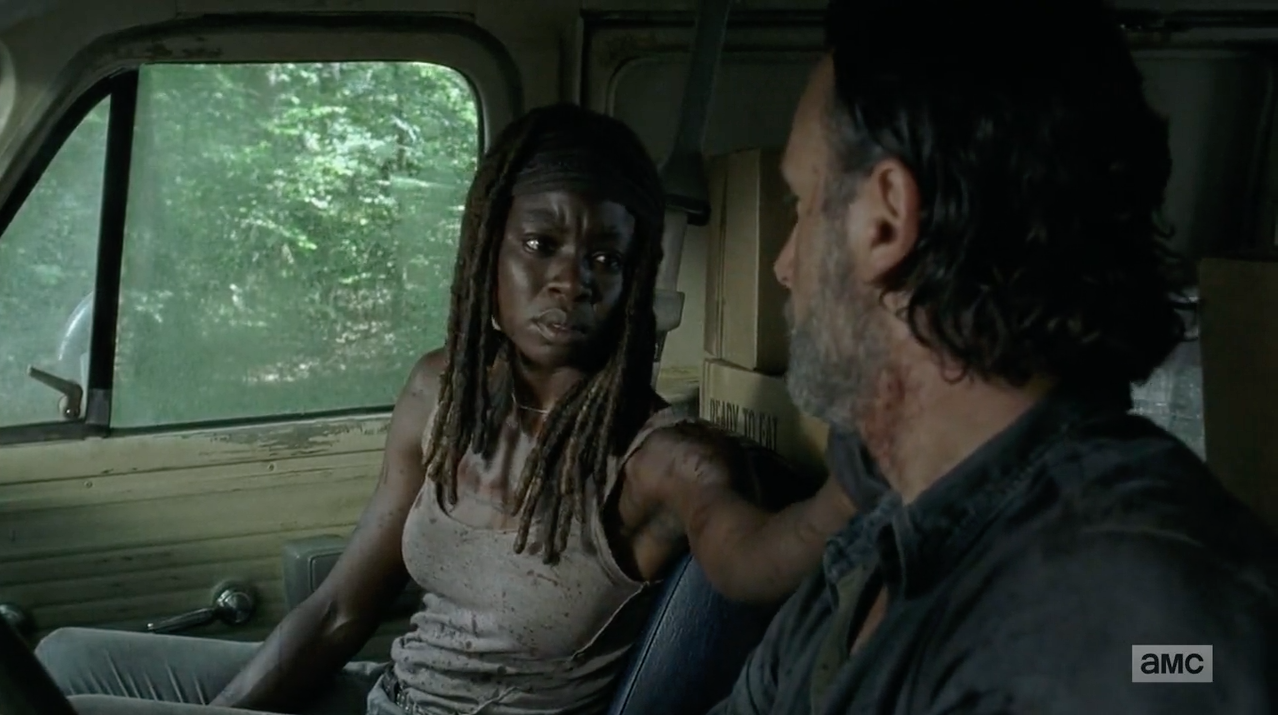 After watching the latest installment of The Walking Dead, titled “Say Yes,” I have only one question. What was the point of it all?

While there were a couple great scenes between Rick and Michonne, there was nothing new or remotely exciting going on. Their little jaunt through the carnival provided some typical action sequences, and a fake-out death that I’m sure not one viewer thought was real.

After the disastrous Glenn death fake-out, I just rolled my eyes as Michonne thought Rick was dead. Rick is the lead character. He’s not going out unless it’s an epic death.

So for me, Michonne’s emotional paralysis didn’t have the impact the writers were going for. If anything, it just made me annoyed. 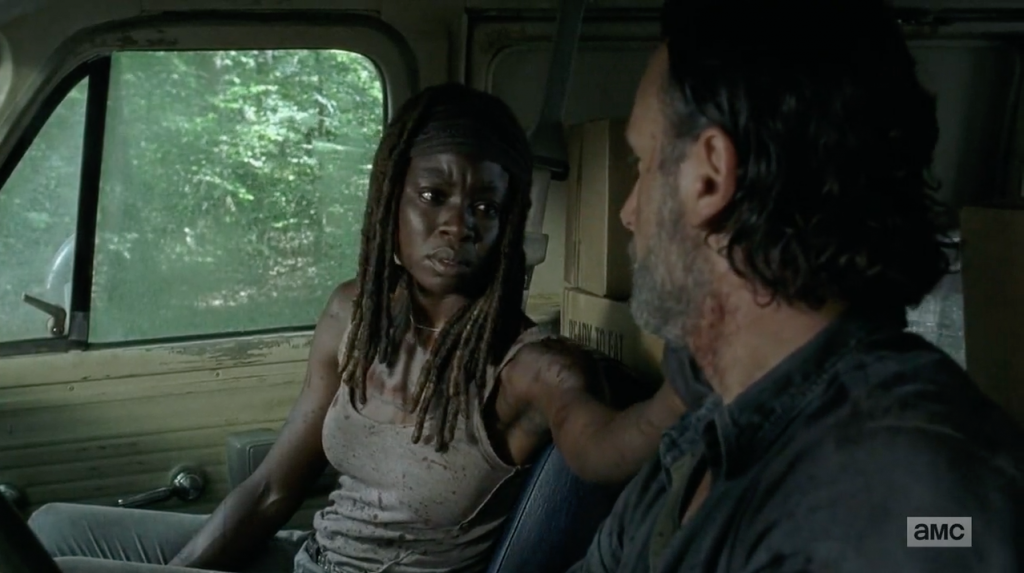 The saving grace of this stupid scenario was that Rick got real with Michonne about the possibility of a future without each other. Their battle against The Saviors is approaching, and there’s no telling who will make it out alive.

The fact that Michonne dropped her katana when she thought Rick had died, was a sign that she needs to toughen up. Obviously she’s an incredibly strong person, but I don’t think she’s thought about what would happen if Rick dies.

Rick was correct. She would survive. Rick also knows he would have to survive without her. They are both leaders and can’t give up in the face of uncertainty or despair.

It was an important conversation to have, and I’m glad they had it. We haven’t spent much time watching Rick and Michonne as a couple. Their connection and devotion to each other feels real.

However, everything else they do throughout during “sexcation” just came across as filler. If you missed out on this episode, their would barely be anything to catch you up on.

We’ve seen so many walkers be killed at this point, that it’s not really thrilling to watch on its own anymore. There was little movement in the plot. Rick and Michonne essentially end the episode where they started… looking for guns.

That’s right, Jadis wants more guns. Seriously, how many guns does this woman require? I don’t think Rick can trust her. Who’s to say she won’t change her mind or keep asking for more supplies every time Rick comes back with an offering? 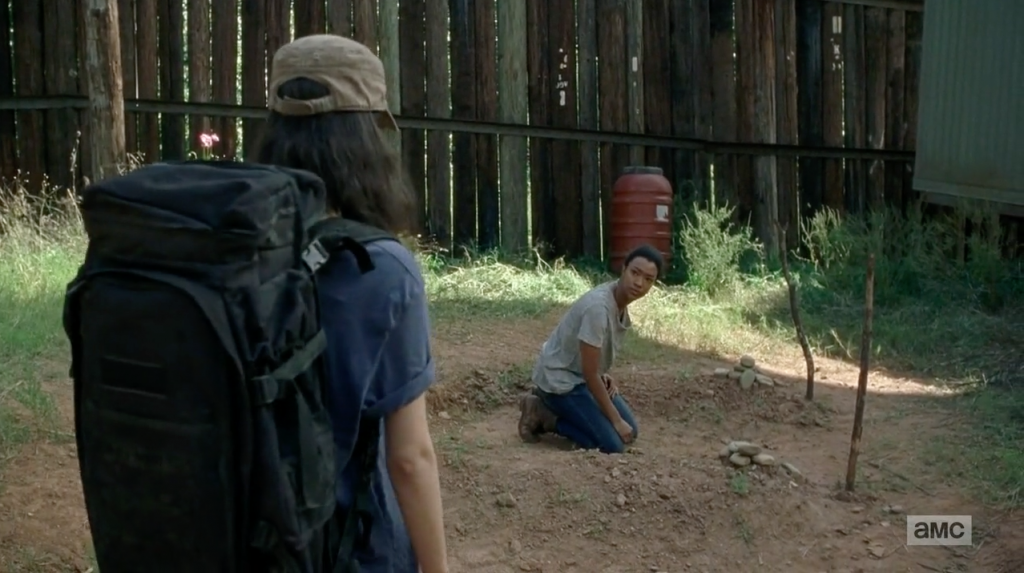 I wanted Rosita to be a force to be reckoned with, but she’s only become more annoying with each episode that passes. She is going to get herself and/or someone else killed.

She acts like she’s the only one who’s suffered or lost anyone. Everyone has dealt with the same crap. It’s irresponsible to go rogue and try to take down Negan.

Rosita is definitely going to fail in her mission, and Sasha should be smarter than her decision to join her. These women need to come to their senses and think.

If their plan fails, they would be putting everyone in danger. Rick’s plan to gather the surrounding communities would be put at risk and everything could fall apart.

Also, were we supposed to be surprised Tara fessed up to Rick about Oceanside? Even if he does approach the women in that community, I doubt they would want to fight. They would also be angered at Tara revealing their location.

Most of this episode felt stagnant. Aside from Rosita and Sasha teaming up and Tara telling Rick about Oceanside, their was absolutely no forward progression of the plot. With only a fewÂ episodes before the season finale, I expected more from the writers.

Check out a sneak peek of the next installment titled, “Bury Me Here.”

Bull's Team Goes into "Free Fall" Facing Off Against Liberty

The Battle For Nassau Gets Bloody in Black Sails "XXXIV"

Lucifer and Ella Explore Family Ties in “My Brother’s Keeper”