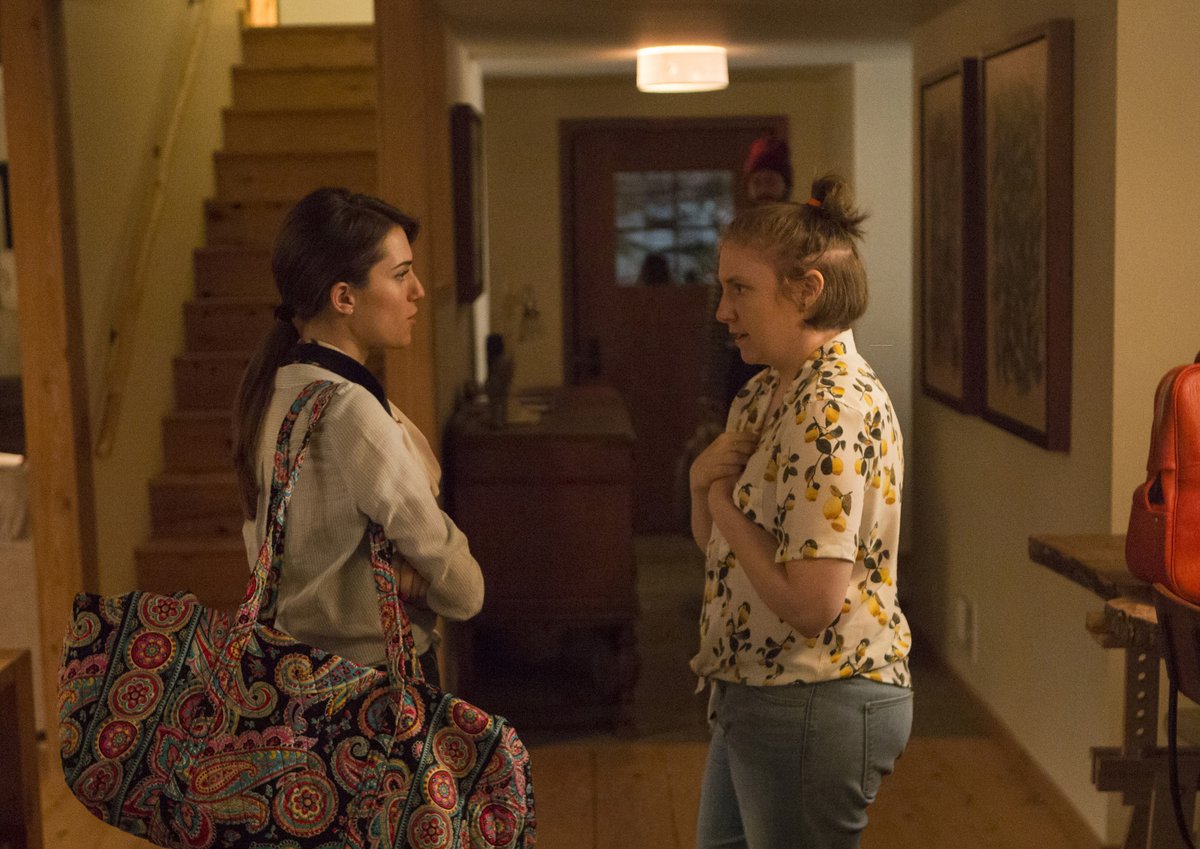 Is Girls‘ Hannah Horvath growing up?

It seems like this might be a path she’s exploring in the show’s final season. Will it be a temporaryÂ phase or something that sticks? We’ll find out in the series finale.

Status Update on the Girls

Hannah: Her powerful and emotional Moth monologue that ended the fifth season was no joke. No more substitute teaching or being lost when it comes to career for Hannah. She is a writer now. Last week, her assignment for a magazine sent her to an all-female surf camp where it was a bit of an adjustment for Hannah. After all, she’s pretty allergic to the outdoors and group fun and sunscreen and anyÂ sort of physical fitness. Her experience is made much more tolerable and way hotter when she hooks up with the surf instructor. By the way, that was Lena Dunham’s fellow HBO actor (The Night Of) and Star Wars: Rogue One hottieÂ Riz AhmedÂ who played the surftastic teacher HannahÂ had an affair with. Spoiler alert: Ahmed returns later this season.

Marnie: Oh, Marnie. She starts off the season six premiere with Ray, but by the end of the super-sized episode, she rekindles things with her ex-husband, Desi.

Shoshanna: She has a new job at a marketing agency and Ray is living with her after Marnie decides she needs some space. Marnie’s not too happy with her boyfriend’s choice to stay with Shosh. Although, you know, she gets over it quickly when she sleeps with her ex-hubby.

In tonight’s episode, Hannah takes further steps into adulthood…in Poughkeepsie, NY, of all places. She hangs out with Marnie and Desi and is very cranky about it with good reason. Meanwhile, Shoshanna, Elijah and Jess go networking. What could go wrong in this scenario?

Hannah (Lena Dunham) provides cover for Marnieâ€™s (Allison Williams) secret weekender to Poughkeepsie, which she hopes will help clarify an old chapter in her life.

The final season of Girls airs Sundays at 10/9c on HBO.

Inside the Season 6 premiere