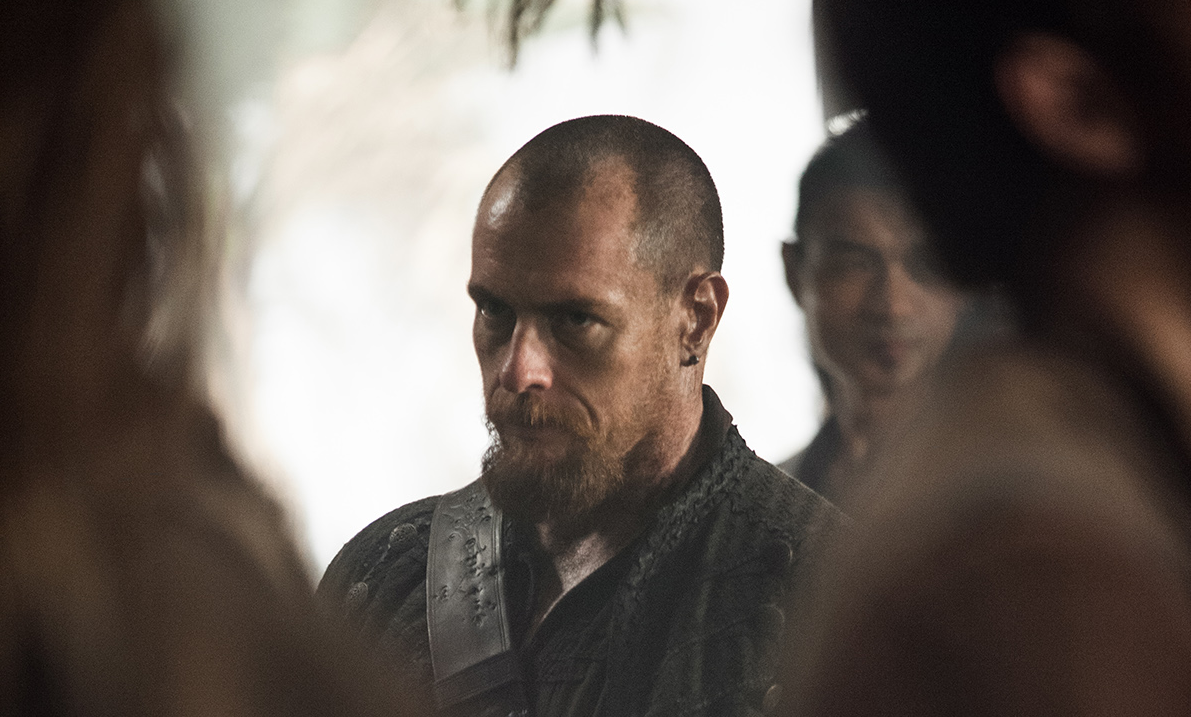 Overthrowing a seated government is no easy feat. The task is all the more difficult in a place like New Providence Island where small factions, banded together through shoddy alliances, now have a taste of freedom. Flint, Silver, and Madi are still trying to sort out where it all went awry with Billy while Eleanor tries to keep the Governor’s loyalists safe in the fort. “XXXII” begins with political intrigue and ends with a jaw dropping head-scratcher.

Flint has a plan to bring order back to Nassau but he needs the help of the handful of former pirate captains that remain. He understands that these men have been stifled under the Governor’s rule, but they must be reigned in. Even criminals need some type of hierarchy, otherwise there can only be chaos. His goal is to restart to Captain’s Council that was in place before the British invasion. With order restored, Nassau can be put back together by meticulously rebuilding from the ground up.

Silver and Flint are on the same page, and while Flint takes the strategic approach, Silver embodies the role of Pirate King for which Billy has laid the foundation. Despite Billy and his forces joining the fight to retake Nassau, there is still much anger and distrust about the way things went horribly wrong on the Underhill Plantation.

That being said, there can be no swift retribution or emotional reaction to Billy. As Flint states in the clip above, Billy’s influence cannot be ignored. In fact, it wasn’t too long ago that Billy and Silver had decided that they were done blindly following Flint and the trail of bodies he carried in tow. It is because of Flint that Billy was spurred to action; creating the larger than life Long John Silver persona.

One of the crowning jewels of Black Sails is effort put into character building. Each of these men (Flint, Silver, Billy) that have been around since episode one have progressed on a journey that took them from the depths of despair and indifference to each man commanding influence from the unlikeliest of places. The interplay now that their end goals have diverged has made for some of the best story arcs on television. For those of us who chose a side long ago, it’s becoming increasingly more difficult not to question our motives.

While the chess game continues on the island, Rackham, Bonny, and the the remaining 40 crew members of the Drummond are in an unimaginable fight of their own. Once Rogers learns of what has happened in Nassau, he abruptly changes course to take his newly claimed man-of-war into the bay to join the fight. Yet leaving Berringer followers to carry out a lawful act just might end up costing all parties involved. This is a full pivot from keelhauling one of the most fearsome pirates to have ever lived. Upholding the law in desperate times is noble, but it’s an exploitable trait that lesser men tend to capitalize on.

Black Sails “XXXII” builds on the non-stop action from the first three episodes, by leveling out the foundation of the conflict that promises to drive this season forward. This episode calls everything into question as it ends on a cliffhanger that will leave fans wondering what the hell just happened.