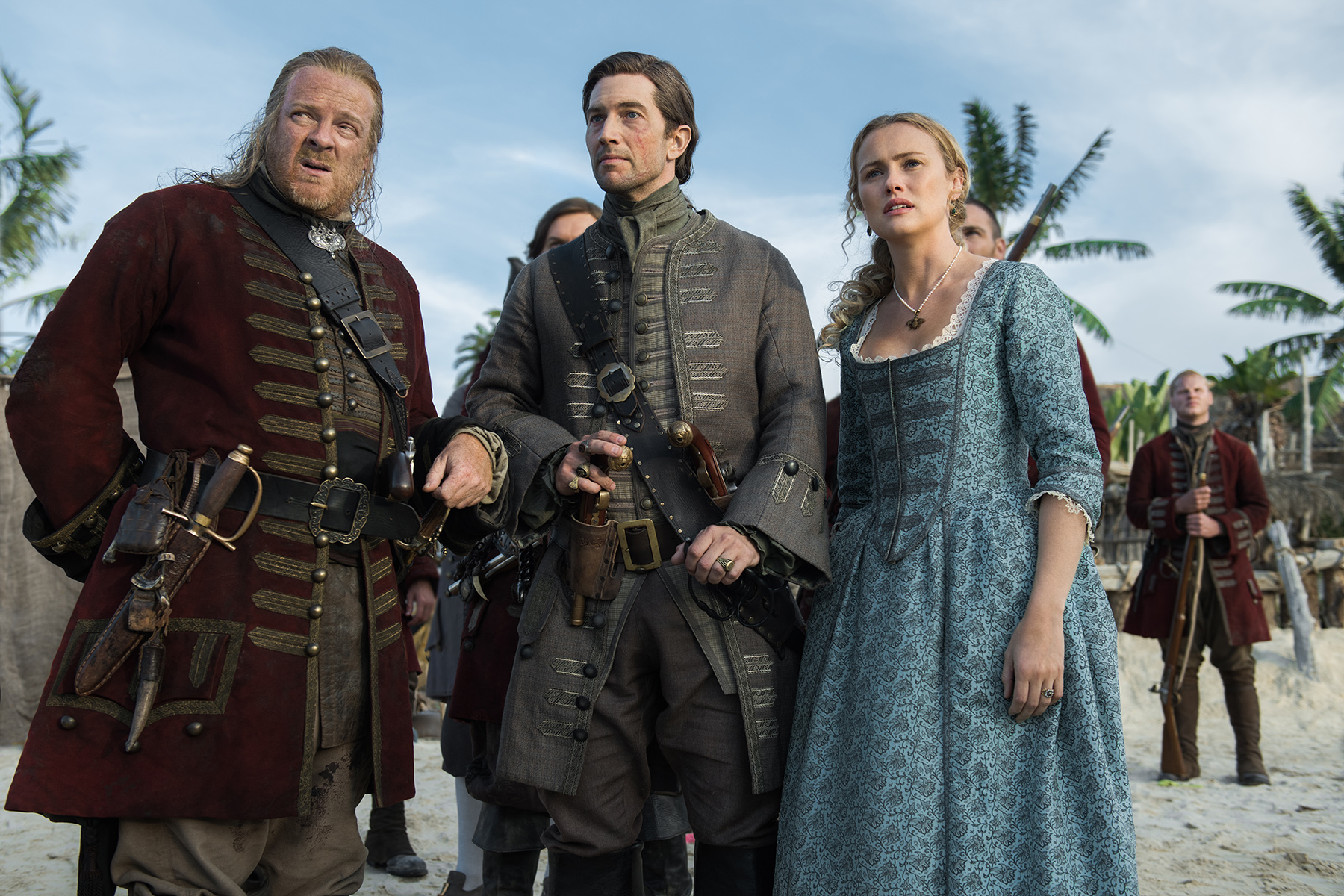 After last week’sÂ Black Sails season opener and the ill-fated attack on Nassau, both the pirates and the remaining redcoats are left worse for the wear. Fractured and far fewer, the pirates are forced to regroup and come up with a new plan to save their now captured brethren from the noose. But they still face formidable opposition.

Eleanor, who is now (officially) the Governor’s wife, has grown rather impatient in playing the part of her new role. After professing that she’d been silent long enough, for the first time since Vane’s death, we get to see a glimmer of the brusque, take-charge Eleanor fans recognize from earlier seasons. This return to form brings forth a new plan that just might be enough to pull Nassau back from the brink.

Now that Flint’s assault has been squashed, the Governor has time to take stock and finds their victory comes at a high price. Thanks to an expensive divorce from the first Mrs. Rogers, Woodes has lost his revenue stream. And with England having called the fleet back, it’s unlikely he’ll receive any financial help from the crown. He’s at his wit’s end but can feel the end of this war just over the horizon. He and Eleanor agree to play a dangerous game as they both set off toward securing the island’s future.

As the official second in command on Nassau, Captain Berringer is a spiteful and dangerous man. Willing to respect his military oath and also stoop to savagery when necessary, it is apparent that those who are left on the island now have a new person to fear. In his efforts to carry out the Governor’s request of turning more locals to their side, Berringer has Max in his sights as “by any means necessary” intentions become more and more clear.

As for the hard hit pirates, all manner of hierarchy has been tossed aside as ego steps up. Billy Bones has amassed a following of his own, and without Silver to act as a buffer, the tenuous alliance between Flint and Billy quickly dissolves into chaos; further damaging the numbers and their cause as a whole.

Will the pirates sabotage themselves, making it easier for the Governor and his forces to end this war once and for all? Tune in to Black Sails on Sunday, February 5th at 9/8c on Starz.

The Mist Preview: “The Waiting Room”