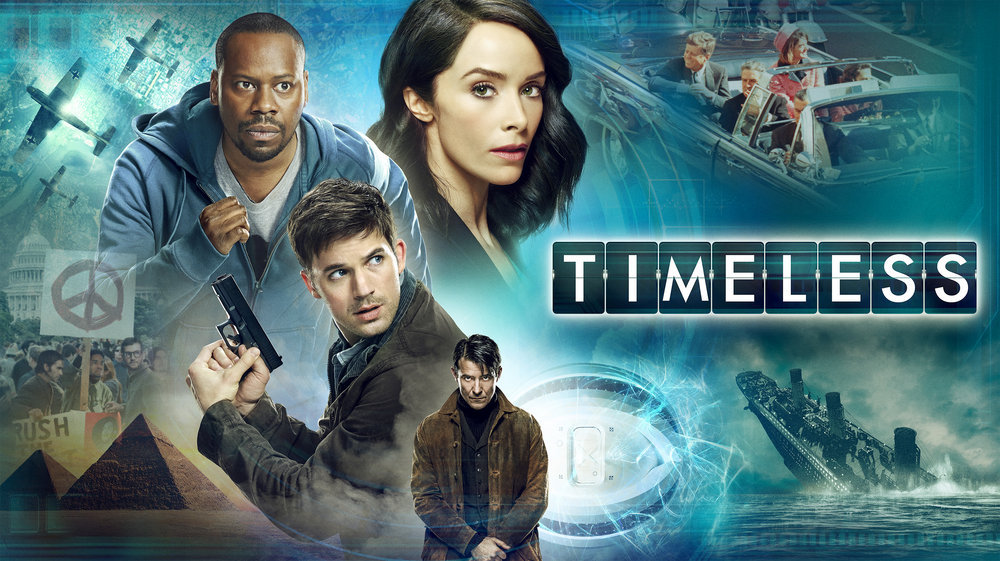 NBC’s Timeless jumpstarted 2017 with a couple of big casting announcements that interestingly have to do with Eric Kripke’s CW series, Supernatural.

In early January, it became clear that Jim Beaver — Bobby Singer to the SPN Family — will come aboard the time-traveling adventure dramaÂ for the show’s final three episodes of the season. He’ll play Neville, an NSA agent with a deep dark secret, who interacts with Sakina Jaffrey’s Agent Christopher.

Today comes the news that the actor who plays Supernatural‘s very own Angel of the Lord, Castiel, will make an appearance in the Feb. 13 episode. Yes, Misha Collins is set to play Eliot Ness, the leader of the Untouchables. He’s the law enforcement agentÂ who famously went up against Al Capone back in the 1930s.

So that means the Timeless trio of Lucy, Wyatt and Rufus will hit the way back machine to try and stop whatever Flynn/Capone team-up Kripke and his fellow EP, Shawn Ryan, have cooked up.

It also looks like both Beaver and Collins will guest star in the same episode. Alas, there probably won’t be an epic rendezvous between the two, since NessÂ exists in the past while the action for Neville focuses on a current day story.

Kripke has never forgotten his Supernatural roots. He’s made sure to drop a fewÂ SPN-related Easter eggs on his new series, and he’s continually tweeted the fandom over the course of the season. Having a passionate and vocal fan base on your side is always good.

Timeless returns from its winter hiatus tonight. At the end of the midseason finale, Flynn kidnapped Lucy, Rittenhouse was dead (although his son John escaped), and that no good traitor Benedict Arnold was also killed.

The race to save Lucy is on.

Synopsis for “The World’s Columbian Exposition”

LUCY’S KIDNAPPED BY FLYNN AND TAKEN TO THE 1893 CHICAGO WORLD’S FAIR IN PURSUIT OF RITTENHOUSE, AND HARRY HOUDINI MAY BE THE ONLY PERSON WHO CAN SAVE HER. Lucy’s (Abigail Spencer) situation grows desperate after she’s taken captive by Flynn (Goran ViÅ¡njic) and brought to the 1893 Chicago World’s Fair.

Timeless takes off on NBC tonight at 10/9c.

Catch up on the season so far

Lucifer's Exes Get a Layover in "Stewardess Interruptus"