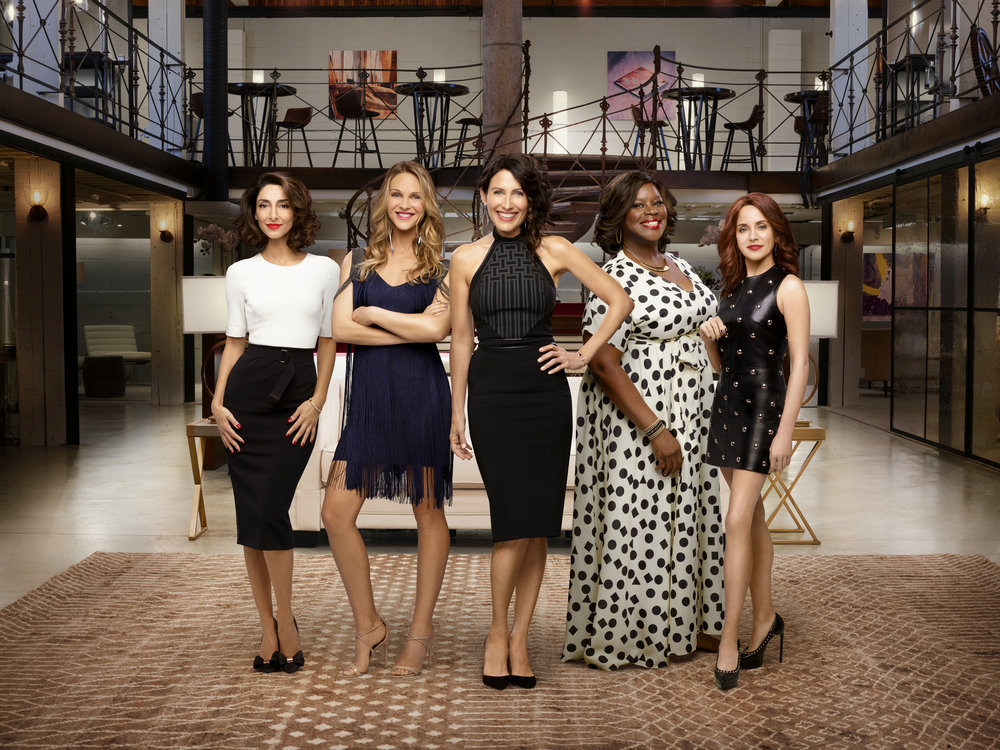 What’s her biggest transgression, according to SheShe, the company she blogs for? Is it the fact she slept with Carlos the male escort? Or is it the fact she was still sleeping with her ex-husband, Jake, while writing said blog about divorce? More importantly, will either of these so-called sinsÂ cost her her job? Bravo answers that question right away with a clip from tonight’s Season 3 premiere:

Official Bravo Synopsis for “Rule 43: When One Door Opens, There’s an Icy Draft”

Abby deals with the professional fallout from her gigolo scandal while she and Jake care for Becca’s abandoned baby.

Phoebe holds a ceremony to celebrate womanhood, but not all the girlfriends feel like celebrating.

In honor of the show’s third season, we decided to discuss each “girlfriend” in order from the biggest hot mess to the one that starts the season in the healthiest place.

Delia: Yes, we think Delia’s an even hotter mess than Abby at this point. Delia’s married but she’s certainly not a wife after Gordon found out about her affair with her boss in last year’s finale. She was forced to go through with the wedding, but then Gordon promptly left her. In the premiere, she’s simply lost and still thinking about moving to New York. She needs something to anchor her, and she finds it by the end of the episode.

Abby: Abby has no job. She’s helping take care of a baby that’s not hers. She’s no longer sleeping with Jake, although right now their relationship is actually in a good place. Oh and yes, she’s hit the Menopausal Era.Â Abby’s a hot mess (emphasis on hot, menopausal pun intended) but part of her life is stable, which is why she’s not the hottest mess of them all.

Jo: Jo’s work life is solid. Her issues come with the men currently in her orbit. There’s her ex, Frumpkis, who’s the real hot mess considering he’s no longer with his new wife and he’s sleeping on Jo’s couch. The guy just can’t get it together. And then there’s Scott, who she’s hooking up with (over and over again). He wants their relationship to have more substance. She simply wants to have fun with him. There’s a disconnect here and she’s going to have to figure that out.

Barbara: Barbara’s one of the more grounded, stable girlfriends. While she did have a wedding hook-up, her love life could use some focus. Will she get it together this season? Something really good happens to her in the premiere so maybe that’ll be the catalyst she needs to find love.

Phoebe: Yes, right now Phoebe’s the happiest and most stable. As stable as you can be being married to an eccentric artist with social anxiety issues, that is. She’s super zen and she wants to shareÂ that same vibe with her girlfriends. For now, her status is content. But we think something will send her right back to hot mess cityÂ sooner rather than later. So this might be the first and last time we consider Phoebe the least hot mess of all the hot messes.