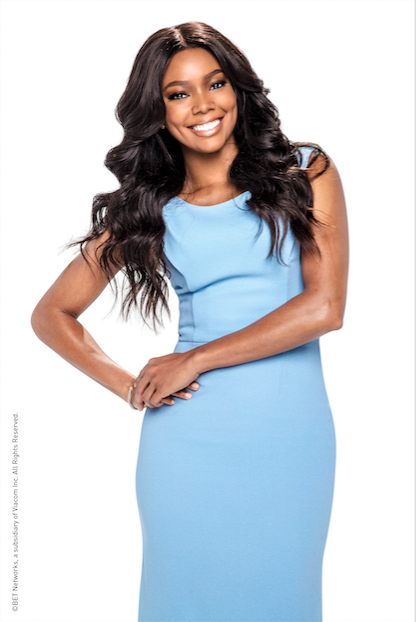 The evolution of Being Mary Jane continues on BET tomorrow night when the show that stars Gabrielle Union returns for a fourth season.

For Season 4, Mary Jane puts the “new” in New York. Yes, she’s moved from Atlanta to the Big Apple. She has a brand new job at a morning news show called Great Day USA, which is an opportunity that comes with a brand new set of challenges.

In the premiere, Jane’s not only adjusting to this professional transition (made a little bit easier because Lisa Vidal’s Kara is once again working alongside her). She has a vision of what she wants to do with her love life. Manhattan represents an untapped environment where the fierce newscaster can find a love that lasts. That’s the plan anyway.

Let’s hope this means no more married or unavailable men. No more disastrous choices, either. Although, along the way to true love, there are sure to be some bumps. That’s part of the reason why we watch Being Mary Jane, right?

Even though Mary Jane has made a big move, we continue to see her family as they deal with what happened to Niecy in the Season 3 finale. Her brutal experience with the police has long-lasting effects, even though there’s a time jump to start the premiere.

There are changesÂ behind the scenes to match all the changes happening to Mary Jane. Will Packer, who produced Union in the Think Like a Man movies as well as Almost Christmas — and executive produced Straight Outta Compton — has joined Being Mary Jane as an EP. Meanwhile, Erica Shelton Kodish is on board as EP and showrunner. Her small screen credits include The Good Wife, Covert Affairs, Hawthorne and Cold Case.

Here’s what BET says about this next phase of Mary Jane’s life and career:

In Season 4, when Kara helps her land a gig as correspondent on Great Day USA, a national morning news show in New York City, Mary Jane Paul makes the move to achieve her lifetime career goal of becoming a national lead anchor. At Great Day, Mary Jane meets her idol, veteran lead anchor Ronda Sales, and realizes that working closely with your heroes isnâ€™t all itâ€™s cracked up to be. Things are further complicated when her old nemesis, Justin Talbot, appears as a new producer. Along with the new job and city, Mary Jane resolves to start fresh in every way possible, including her love life. She quickly falls for Lee Truitt, successful standup comedian from the UK who tests MJâ€™s preconceived notions about what (or who) she needs in her life. Back in Atlanta, the Pattersonâ€™s deal with the fallout from Niecyâ€™s run in with the police. With Mary Jane in New York, they grow closer as they realize their new roles within the family and do what they can to step up to the plate for one another.

The cast for this upcoming season logically includes some new additions: the great Valarie Pettiford, ChikÃ© Okonkwo, Revenge‘s Ashton Holmes, and the always awesome Michael Ealy, who costarred with Union in Think Like a Man and Think Like a Man Too. According to Deadline, Ealy plays Justin Talbot, the man who originally got Mary Jane fired from CNN.Â That can mean anything good for her.

Synopsis for the Season 4 premiere “Getting Nekkid”:

Mary Jane embarks on her new position as the anchor of Great Day USA while also having an interesting encounter with a mystery man. Meanwhile, in Atlanta, Niecy receives her court settlement.

Being Mary Jane premieres tomorrow night on BET at 9/8c.