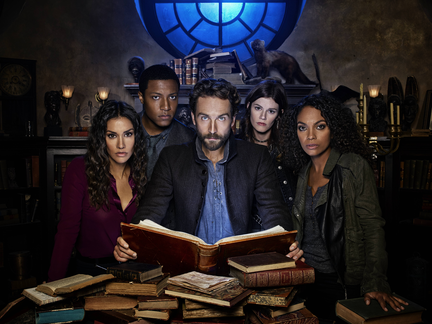 The story of Ichabod Crane continues tonight when Sleepy Hollow returns to FOX.

For the show’s fourth season, almost everything is new.

What remains the same is Crane. He’s still adorable. History is still his thing. He’s still fighting the supernatural as the lone (for now) witness. WhatÂ we’re seeing in the premiere is how he’s forced to deal with all these brand new factors thrust upon his very existence.

Abbie has a presence in the premiere as well. She’s not forgotten, thankfully. She was such a force on the show for the past three seasons that there’s no way her spirit will ever truly be gone entirely.

But that also makes it difficult to deal. I was so attached and invested in Nicole Beharie’s character that it’s going to take a while for me to let Abbie Mills go. I know this is just a TV show, but there are certain characters that you can’t quite shake and, for me, she’s one of them.

What made dealing with the loss of Abbie a little better is the fact that her sister, Jenny, is still a part of the action. I could have used more of her in the premiere, but honestly, the quality Jenny/Ichabod time we did get was very welcome. Tom Mison and Lyndie Greenwood continue toÂ share a wonderful friends-type chemistry. Ichabod and Jenny are the ones that knew Abbie. They share in their grief. And they both are trying to find a way to live in a world without her.

The first episode back sets up what I assume the season is going to be about including Ichabod’s purpose for the foreseeable future. What this show likes to do is give American history a supernatural twist and it accomplishes that. Plus, Crane gets to tackle the supernaturalÂ in a settingÂ ripe with history. There’s a potential big bad in play right away. And Ichabod gets to show off his current pop culture knowledge with jokes about the Real Housewives franchiseÂ and Hamilton.

Here’s what else you need to know about the premiere:

Crane and Jenny begin to navigate life following the unexpected death of Abbie Mills. When he finds himself in the nationâ€™s capital, Crane must forge unlikely partnerships in his quest to find the next Witness, as he discovers that there is more evil at play than he realized was possible.

Photos of The Season 4Â Characters/Cast 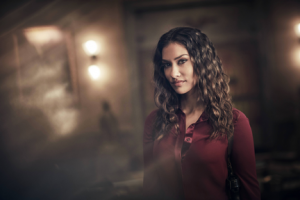 Alex Nodwood (Rachel Melvin from Days of our Lives where she played Bo and Bille’s daughter, Chelsea)

Will this new configuration of the show win you over? Discover for yourself when Sleepy Hollow returns with Season 4 tonight at 9/8c on FOX.