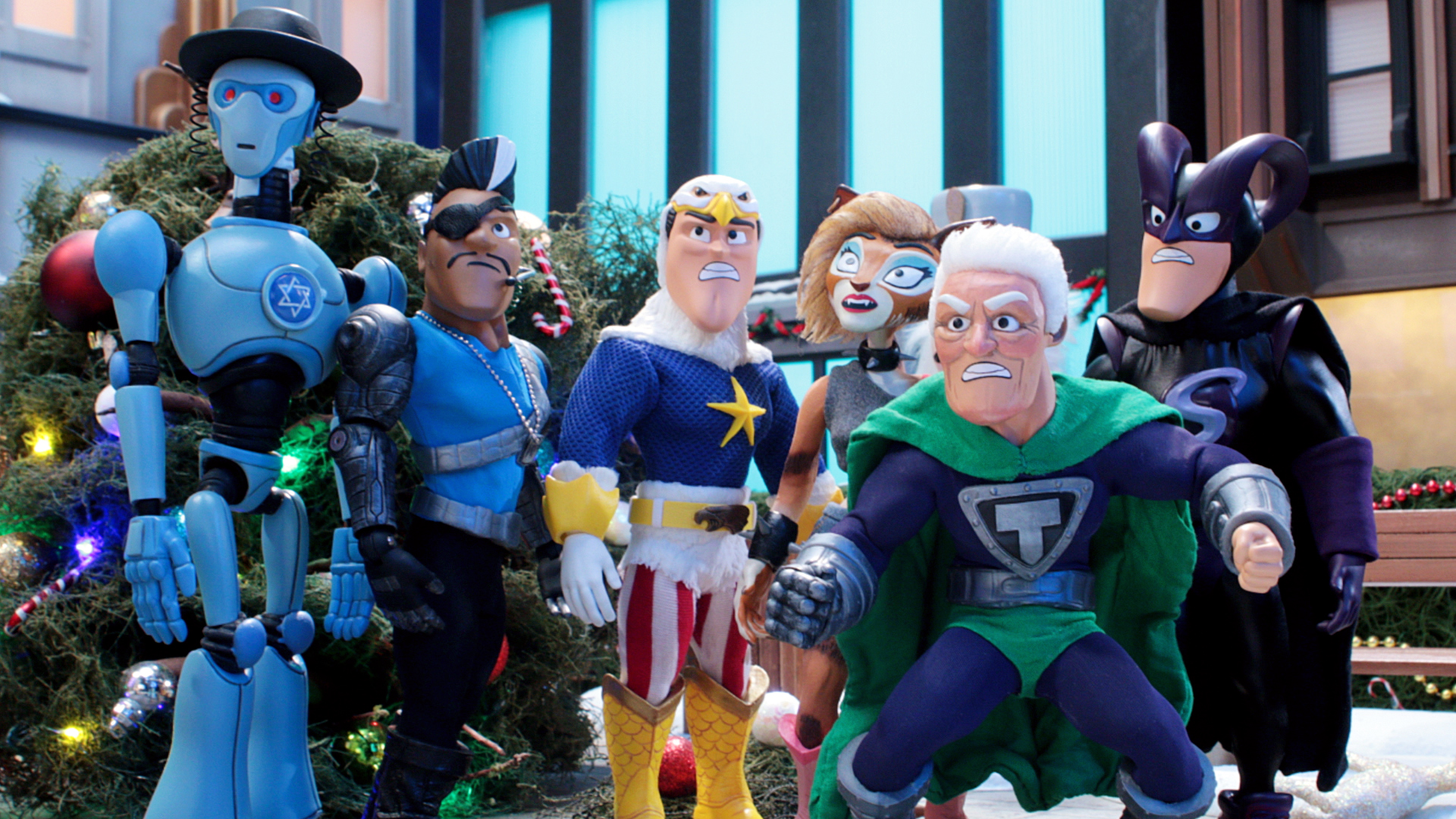 The second season of Crackle’s animated superhero series –Â SuperMansionÂ — doesn’t see the light of day until early 2017. Do not fear, starting today, fans will receive a gift that keeps on giving: a special holiday episode.

SuperMansion: War on Christmas features the voices of Bryan Cranston (Titanium Rex), Keegan-Michael Key (American Ranger) and Seth Green, who takes on a multitude of voices in the SuperMansion universe. Contributing to all the merry madness and mayhem:Â actor Gary Anthony Williams as Santa Claus, and The Big Bang Theory‘s Jim Parsons as Mr. Skibumpers. Here’s what you need to know:

SuperMansion: War On Christmas focuses on a dysfunctional group of self-righteous superheroes, The League of Freedom, who canâ€™t agree on anything, but must band together to save Christmas when an interstellar imp, Mr. Skibumpers (Jim Parsons), unleashes a real-life Santa Claus (Gary Anthony Williams) who experiences an existential crisis and runs amok. Ultimately, the team comes to understand that their differences of opinion are what the holiday spirit is all about.

SuperMansion: War on Christmas makes its presence known today on Crackle. Before Season 2 drops next year, you can also catch up on the first season using the Crackle app or going online.

Under the Dome Preview: “Exigent Circumstances” [INTERVIEW + PHOTOS and VIDEO]

SYTYCD The Next Generation Preview: “Auditions #1”