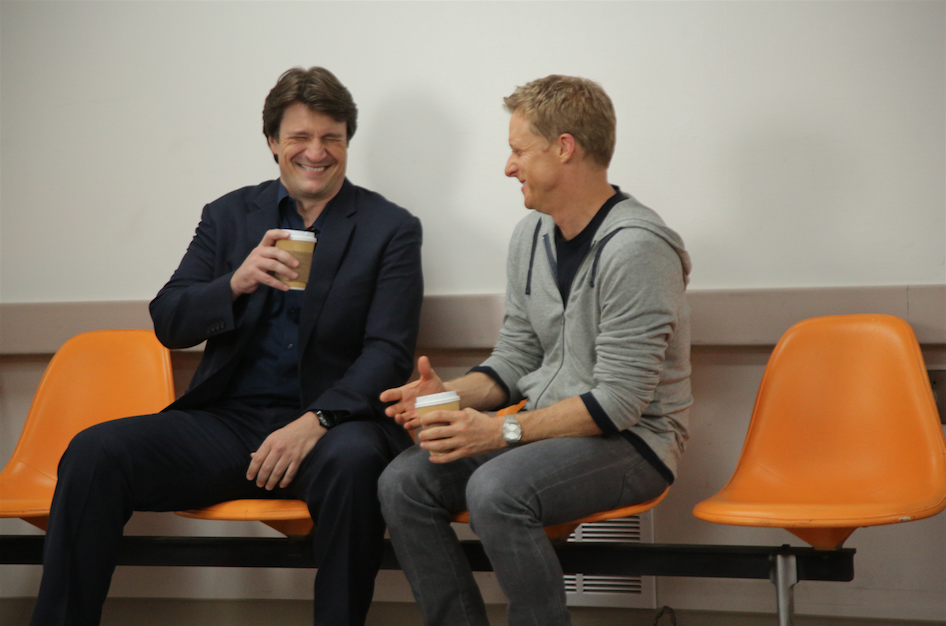 Alan Tudyk is back playing an actor from a canceled sci-fi series, who’s not what you’d call on the top of his game. The series once again reunites FireflyÂ costars Tudyk and Nathan Fillon. It explores the world of sci-fi conventions and events. And it features a ton of familiar faces, including Nolan North, Eliza Dushku, Jon Huertas, Lou Ferrigno and Mr. Cameo himself, Stan Lee.

Con Man is a scripted comedy series from the creative minds of Alan Tudyk, Nathan Fillion, and PJ Haarsma. The series centers around Wray Nerely (Alan Tudyk), the co-star of the sci-fi series Spectrum, which was canceled before its time, as he navigates his post- Spectrum career and as he watches former co-star and good friend, Jack Moore (Nathan Fillion) attain greater career heights.

Not going to lie. Love seeing Tudyk and Fillion in these photos from the web series:

Season 2 of Con Man descends on the masses today. It can be found exclusively on Comic-Con HQ.