Aftermath Preview: “Where the Dead Men Lost their Bones” 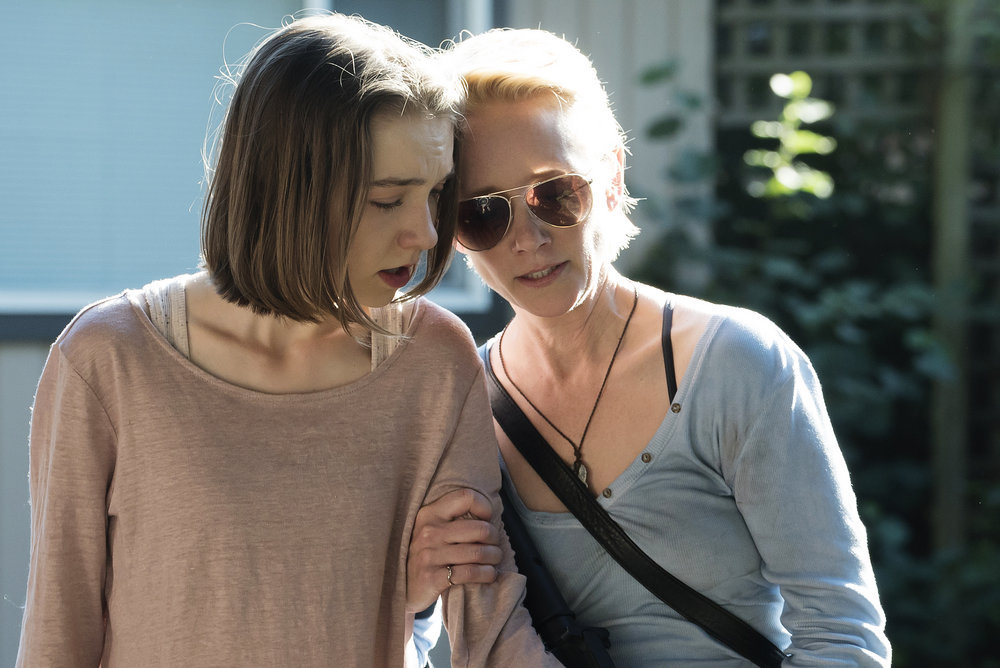 Last week, I tweeted that the Aftermath episode, “Hieronymo’s Mad Again,” was “creepy and insane.”

Joshua was in deep, deep trouble due to the effects of the plague. However, the creepy and insane part of the tweet might have had something to do with that crazy nurse who paralyzed, killed and then stuffed her victims. STUFFED.

Karen was almost a goner, her twins had to help save her in the nick of time. Karen doesn’t like to feel helpless and Nurse Cray Cray had her dead to rights and that’s difficult to do. Mama Copeland is tough, fearless and former Air Force. So you know she fought back, too. But how can you win with someone that far gone? At one point that woman wore a human mask. Gross.

One question that I thought was interesting was something Brianna asked:

â€œEveryone we meet dies and weâ€™re still standing here. Why is that?â€

This family finds danger pretty easily in this scary new world. And they often find themselves at death’s door. But they tend to make it out in tact just about every time (unless your Karen’s sister. RIP Aunt Sally). So what gives? It’s clear that there’s something special with one or all of the Copelands.

Will we get one step closer in tonight’s episode?

Synopsis for “Where the Dead Men Lost their Bones”

With a family member on the verge of death, the Copelands resort to desperate measures.

If last week’s episode was insane, tonight’s is simply bananas. B-A-N-A-N-A-S. One of the reasons why has to do with Josh, who’s hallucinating his way through this illness of his. He’s speaking many words but not making much sense. It hurts for his family to see him this way.

But what do the Copelands do when faced with an apocalyptic crisis? They split up and try to tackle their latest mission. Not sure how smart this is. But you gotta give this family points for fierceness. FourÂ moreÂ teases:

Sneak Peek: “Where the Dead Men Lost their Bones”Â

The Aftermath saga continues tonight at 10/9c on Syfy and Space Channel.