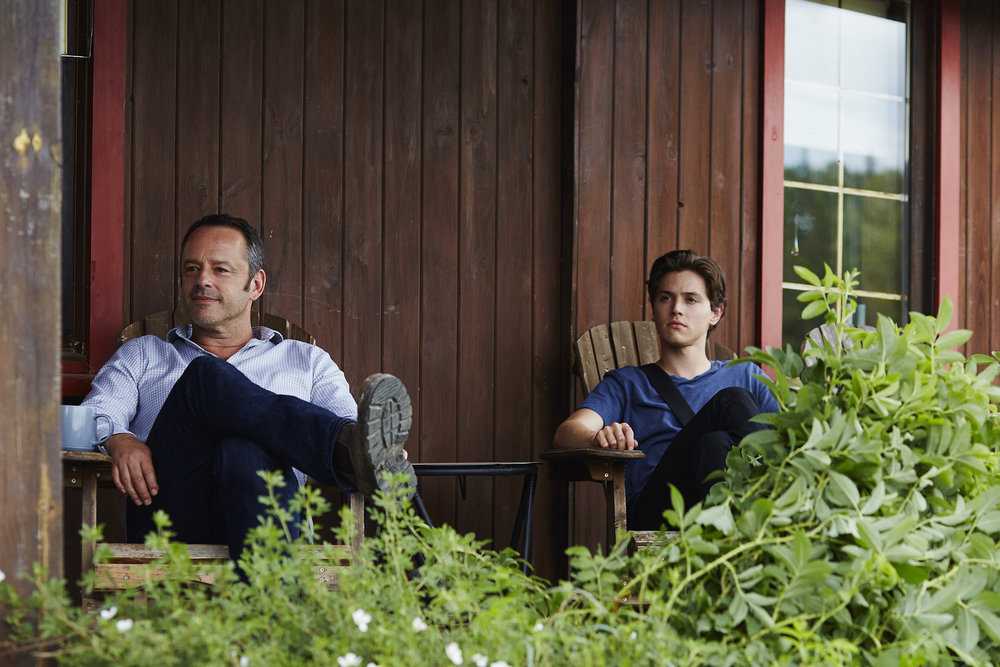 After a couple of weeks of really bad behavior, Lukas makes it all right with Philip this week on a new Eyewitness as he comes forward about what he saw. Since there are still three episodes left after tomorrow, we can assume that’s not as buttoned-up as we’d like it to be.

Lukas’s dad doesn’t respond well to Lukas’s secret (and that’s not even the biggest one), which reveals a little more about their relationship and why Lukas is fairly terrified of him.  Thankfully, it doesn’t have immediate bearing on Lukas and Philip. In a nice change of pace, they reconnect emotionally without all the drama of secrets, and reasonably on the same page about who they are to each other. I’ve said before how much I love that the boys are so easily tactile with each other, and the very talented fans who make GIFs will be VERY busy Sunday night.

Over at the sheriff’s department, Helen and Tony are having trouble reconciling what Lukas says he remembers with what they believe about the shooter.Â Turning to Kane for help is ill-advised at best, and he’s busy with his own housekeeping. An unexpected offer comes his way just as he finds out there’s an eyewitness, which leads him back down a desperate, and deadlyÂ path.

With Helen preoccupied (again), it’s on Gabe to apologize to Philip for both of them, and be very clear about what Philip means to him, even if Helen’s not quite there yet.  They also bond over a new patient of Gabe’s, and if you’re a little uneasy about that, you should be. Kamilah resurfaces in the wake of Sita’s suicide and finds solace and sympathy with Helen about what to do next, for herself and Jake.

This is my favorite episode of the series so far, not just for the boys but also for Gabe and Philip and Helen and Kami. I look forward to fans going bonkers tomorrow during the live Tweet with #Eyewitness.

Eyewitness airs Sundays at 10/9c on USA. In case you missed it, check out my exclusive interview with writer/producer Jennifer Coté. Here’s a sneak peek of “They Lied.”

Every passing moment gets them closer to the truth.

Get ready for an all-new #Eyewitness SUNDAY at 10/9c. pic.twitter.com/hx0YV9RemF