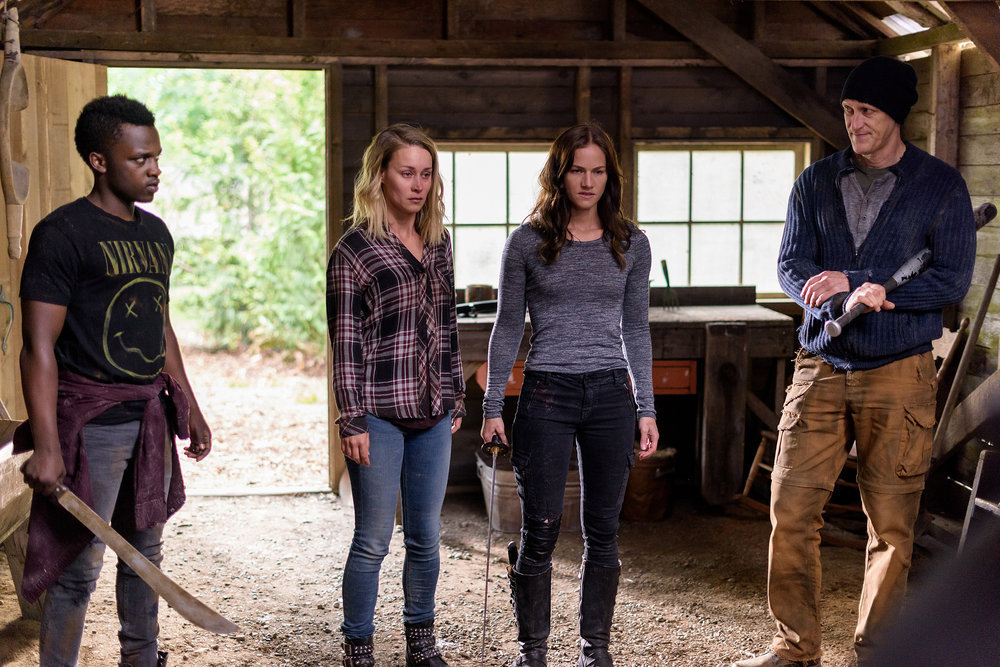 If you’ve learned anything this far into Van Helsing‘s first season, it’s that everybody (minus Vanessa) is fairly expendable, whether they’re a regular cast member or not. Keep that in mind, kids.

Friday night, Vanessa, Susan, Mohamad and Sam make their way towardÂ Susan’s homestead in the hopes that maybe it’sÂ the true refuge that their other pit stops have not been. And for a moment, it is,Â untilÂ Susan’s past resurfaces and they have to address Sam’s actions in last week’s episode.

We also catch up with Dmitri and RebeccaÂ and get a better look at their dynamic with each other, and what they’re up to, plus we find out that Magdalena has a boss.

“Last Time” is the second episode in aÂ row directed by Simon Barry, who also wrote it. OnlyÂ three episodes, include this one,Â remain in the first season. Van Helsing airs Fridays at 10/9c on Syfy. Here’s a sneak peek:

Dancing with the Stars "Season 23 The Finals"