Bull Sees the Bigger Picture in “Never Saw the Sign” 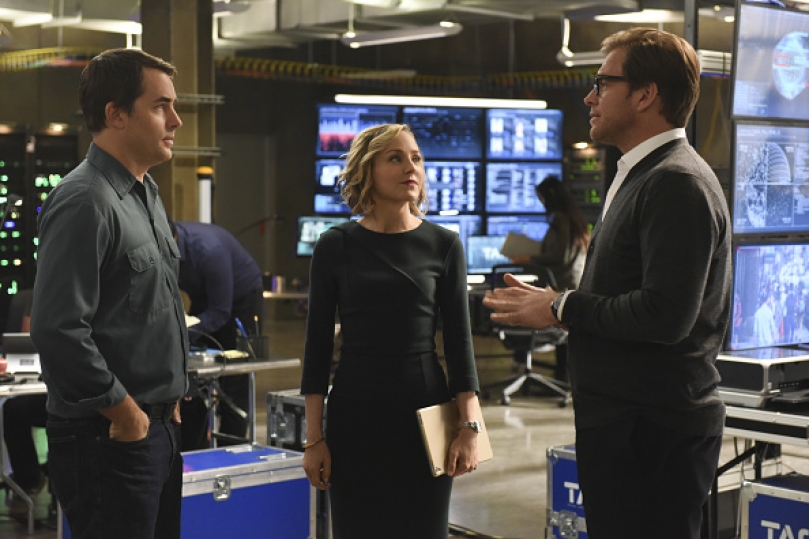 They say the Devil’s in the details but this week’s Bull escapade reveals that it often requires taking a step back to see where the real devilishness lies. The TAC team is brought in to help defend John Phillips (Chris Beetem, Inside Amy Schumer), a man accused of vehicular manslaughter for driving the car which was in an accident which killed his wife. It seems an absurd case to prosecute and its absurdity is what prompts Judge Maya Lamkin (Leslie Silva, Shades of Blue) to direct Bull to look into it.

The team quickly discovers (mostly thanks to Cable and an anonymous Internet troll) that State Assemblyman Trevor Dormit (John Ventimiglia, The Good Wife) has a vested interested in seeing Phillips found guilty. Bull pokes the Assemblyman in a couple choice spots and succeeds in guaranteeing Dormit testifies at the trial (and lands himself a ticket and citation on the way homeÂ Ã  laÂ DormitÂ to boot). The chance to nail Dormit for his multiple tamperings with this case bodes well for TAC and their client.

With Phillips assigned a squeaky-fresh public defender, Gil Foster (Ben Hollandsworth, Law & Order: SVU), Bull takes the opportunity to mold this lump of litigator clay into a masterful advocate for his client’s best interests if not what makes his client most comfortable in the here and now. Foster is skeptical of trial science and questions how the TAC team manages to get some pretty confidential information (honestly, a pretty good question that should probably be asked more often *cough*Cable*cough*). Benny takes him under his wing and gives him a crash course on effective courtroom lawyering.

Bull directs the team to screen for jurors who will be “big picture” thinkers, open to the relevance of multiple factors and not hung up on specific details like: Phillips’ big fight with his son’s coach, his one beer at the BBQ, or the huge electronic sign warning drivers to slow down on the road. For the most part, they get what they fish for… except for the bird-watcher juror. He’s the hold-out for much of the case.

The client is not the most forthcoming individual – still grieving from the loss of his wife, faced with life as a single dad, and also hiding his son’s medical challenges. Carter (Alex Danilov, Master of None) is a brilliant, likable boy with a great head for stats and a love of baseball but he struggles with motor skills due to a motor planning disorder and has had to undergo physical therapy for his disorder. His father is loathe to share this information, not wanting Carter to be treated differently, but also knowing that one of the last things his wife said to him was that he shouldn’t be ashamed of their son.

Cable tracks down her anonymous troll informant, Austin Becker (Lucca De Oliveira, Happyish) and discovers that the giant sign that should’ve warned Phillips about the upcoming congestion had been hacked and read something completely irrelevant to traffic safety. This puts bird-watcher juror squarely in Phillips’ corner and assures Carter and his dad get to rebuild their lives together. Foster puts in a solid closing argument, complete with Bull-orchestrated bells and whistles and “witchcraft”. It’s a grand thing to see how far the little public defender comes from his painful first appearance of the episode. Even grander to watch Assemblyman Dormit getting ambushed by reporters for his perjury (and other miscellaneous wrongdoings) in the case.

But the picture gets even bigger than Dormit’s shenanigans. Turns out Judge Lamkin wasn’t just concerned with the absurdity of prosecuting a grieving widower for a car accident. With Bull’s encouragement, she has decided to run for political office and, coincidentally, her opponent for the State Assembly position is none other than the recently embarrassed and currently-being-investigated Trevor Dormit. It’s such a small, small world sometimes, ain’t it? I’m not sure if Bull’s little grin in the closing shot means he knew Lamkin’s moves all along or that he appreciates that others are capable of pulling his strings. Mind you, a little ambiguity can be good seasoning for a character we depend on for clear-sightedness.

RunningÂ panther-like in the shadow of the episode’s emphasis on the “big picture”, the TAC team has had their own mystery to solve and Danny and Cable especially have been obsessing over the details of Marissa’s behaviour, clothing, and defensiveness. No one likes being put under a microscope but the team’s scrutiny flusters our typically calm Ms. Morgan. It isn’t until they’re gathered around a celebratory pineapple pizza (much to Chunk’s dismay – I *knew* I loved Chunk best for a reason) that Bull asks how she’s feeling about dating her ex-husband again. It’s interesting to note that our resident neurolinguistics expert admits that it’s probably a bad idea and promises “not to come to [Bull] again when things go south”. “When” not “if”? Huh.

Bull airs Tuesday nights (now that itâ€™s BACK!) on CBS at 9PM ET/PT.

Get With the Program: ABC’s Once Upon a Time

Nashville “I’m Coming Home To You”