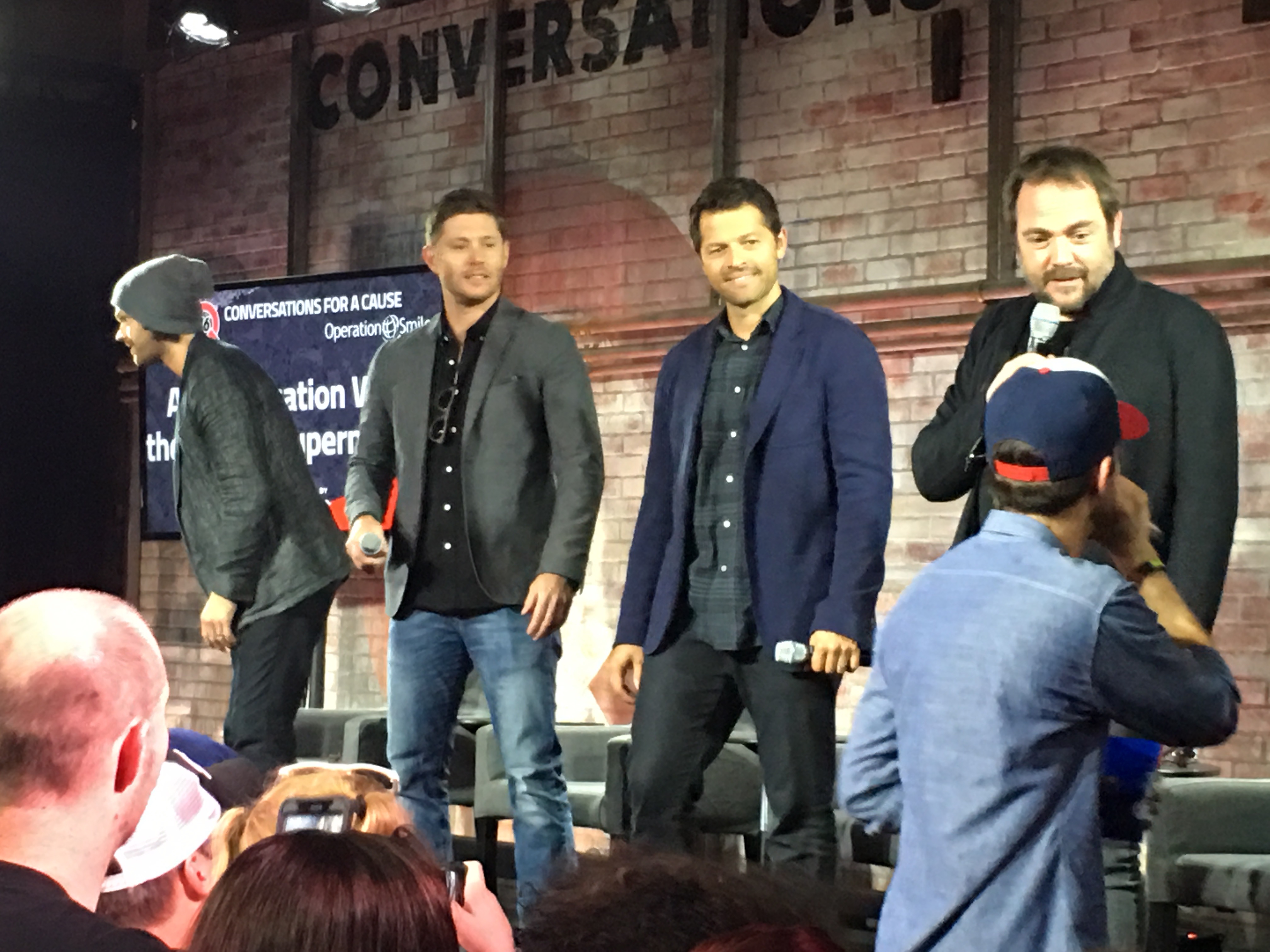 On Friday, November 11, members of the SPN Family universe descend upon Burbank, CA for Creation Entertainment’s Salute to Supernatural convention.

The great news: the line-up includes many of the regulars that have been traveling around the country all year long meeting fans, telling stories, playing music, and generally providing an entertaining time to all.

The bad news: In 2017, there will be no convention in the L.A. area. However, there will be plenty of other opportunities to catch the Supernatural cast in person, including a stop in Hawaii next November.

Making an appearance this weekend:

In addition to the various cast panels, autograph and photo sessions, there are other events and happenings that serve to unite the fandom. So check on the official Creation website for the full schedule that includes photo ops, private meet and greets, autograph signing sessions and more.

If you can’t make it to L.A. this weekend, no problem. We can all live vicariously through those who live tweet the sessions (like @FangasmSPN) and post photos (and videos) via various social media channels.

In other news…don’t know about you guys, but we very much appreciated when the awesome people behind the scenes of SupernaturalÂ released a blooper vid featuring Jared and Jensen, who was all hopped up on caffeine, espresso-style.

The video features Allison Paige, an actress we’re big fans of — she used to play Bev on Days of our Lives and on The Flash she was Eliza Harmon / Trajectory in a Season 2 episode. Hmm…wonder if Paige and Ackles bonded over their Days days?

By the way, this teaser did its job. We’re super excited forÂ this week’s episode that also features the return of Adam Rose aka Aaron Bass. What’s even more kickass is that a woman wrote the episode (Meredith Glynn, Scream: the TV Series) andÂ directed it (Nina Lopez-Corrado, who did an amazing job on last season’s “Red Meat” episode).

Supernatural airs Thursday nights at 9/8c on the CW.

Dancing with the Stars "Season 23 Week 9" aka Showstoppers Night