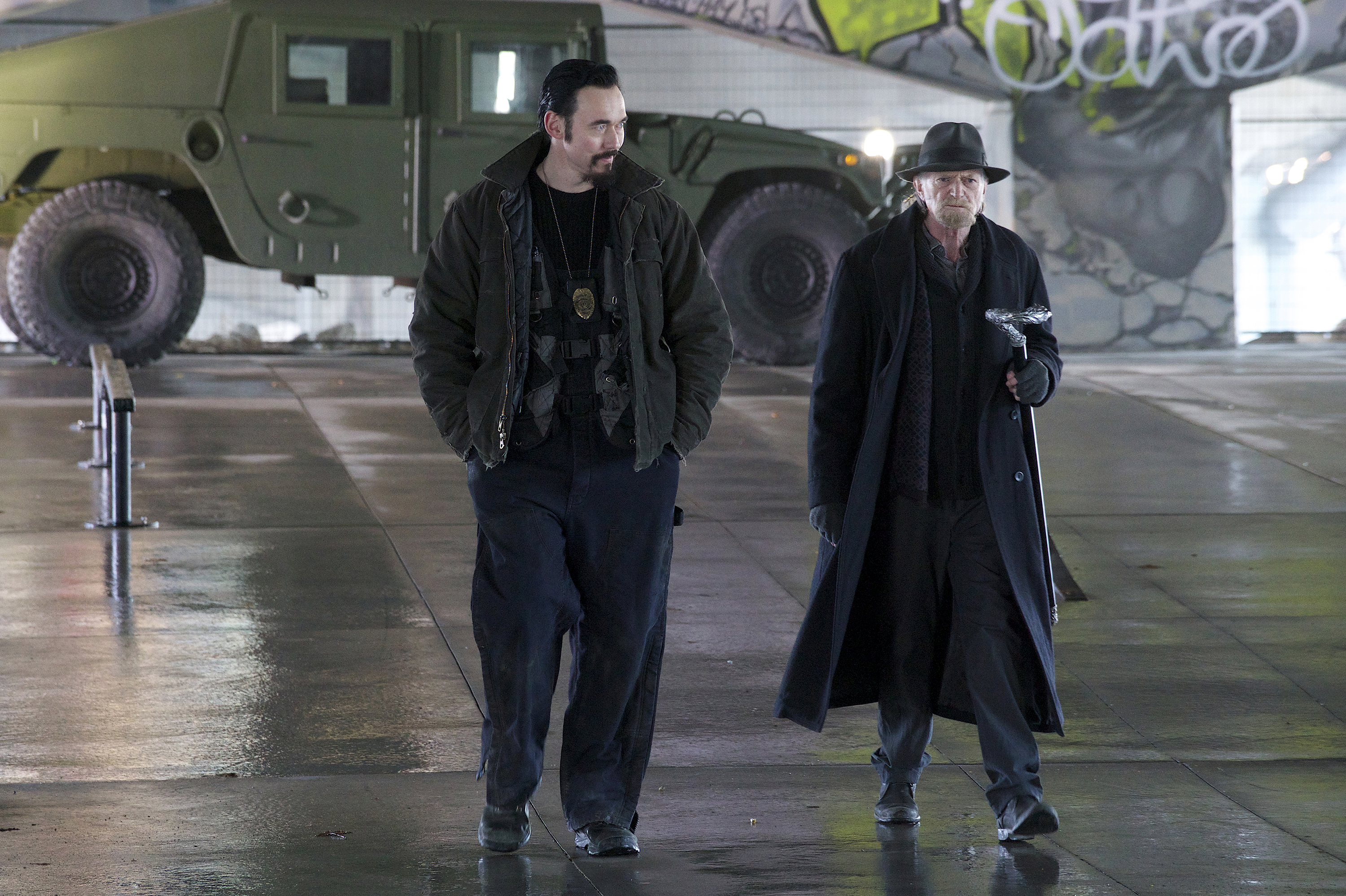 Remember last season on The Strain when Eichorst started retrofitting the conveyer belt rig for humans to be bled out? Yeah, we see that in its full prototype stage this week, so there’s that.

The episode is pretty packed with other catchups, too:

Palmer responded well to the white and seems semi-genuinely interested in honoring his bargain about finding out whatÂ was on the ship and assisting Setrakian, whichÂ gives FetÂ the chance to be the muscle in an amusing series of scenes.

Quinlan’s not wholly trusting of the alliance, and he has a point, but Setrakian gives him his own assignment to pursue regarding the Ancients.

Eph and Dutch navigate new territory with each other when the Black Box more than delivers on the intel they’re seeking.

Gus gets his turn at the flashbacks as we find out exactly why he’s so beholden to his Mama, and Angel forces him to confront the hard truths about who she is now.

It’s a full hour with only two left after tomorrow night. Not much time to wrap up, but at least we know we’re coming back for one more go next summer. Still no Justine yet, which I find curious in the aftermath of the Central Park debacle.

The Strain airs at 10/9c Sundays on FX. Here’s a sneak peek of “White Light.”