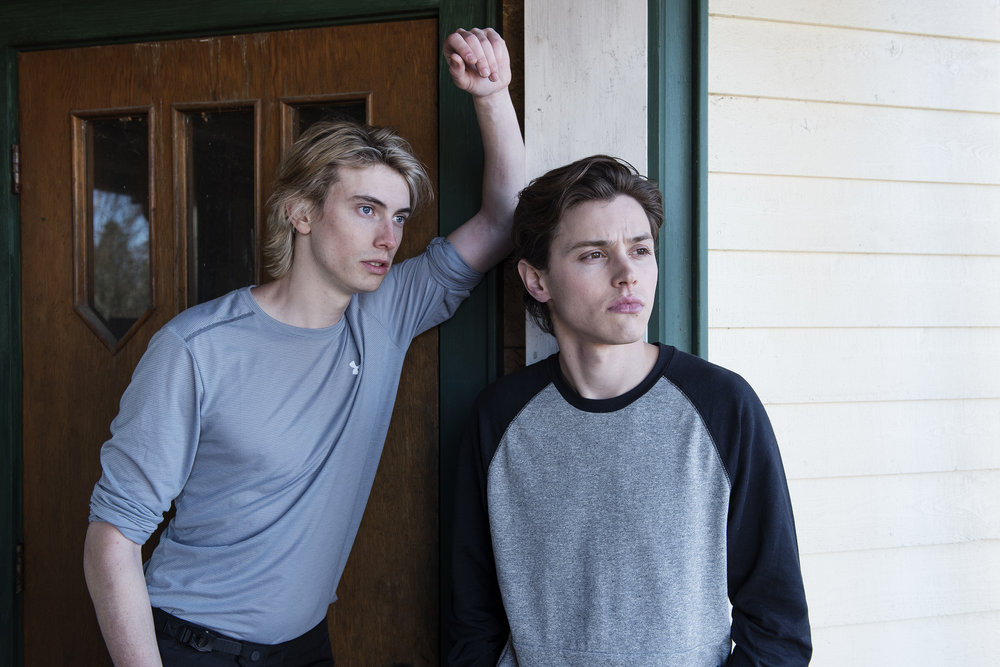 It’s no secret that Warren Christie is my boy, back to Alphas, and via Hallmark, and again with Motive and GG2D, so when he was cast in USA’s new thriller, Eyewitness, I was pretty much all in, sight unseen (no pun intended). Well, now that I’ve seen several episodes, Christie’s Blue Steel bad boy is essentially my gateway drug into a The Killing-type rabbit hole. Y’all remember how that went, right? Mama’s in trouble.

What begins as a murder mystery just blossoms exponentially around the love story of two teenage boys in a small town. I had zero clue about that aspect going in, and I was blown away by the performances of the two young men at the core of that arc. Tyler Young and James Paxton deliver gorgeous, delicate performances as Philip, settling into semi-rural foster care after life with a drug-addicted mother, and Lukas, the dutiful son of a strict, widowed single father whose dreams don’t go beyond the immediate, until he meets Philip.

Philip is fairly self-assured, but Lukas isn’t, and it opens the door for him to take a look at who he really is and more importantly, who he wants. All this plays out against the backdrop of a multiple homicide they happen to witness, which is complicated by the fact that nobody knows they’re even friends.

On top of that, the sheriff, Helen, (Julianne Nicholson who I adore back to The Others) and her husband, the local vet, Gabe (Gil Bellows), are Philip’s foster family, which ratchets the secrets and complications way, way up, especially when Helen has to investigate the murders amidst multijurisdictional ruler measuring and the presumption that she’s small town. Then there’s the killer who caught a glimpse of a jacket but not a boy.

It’s a taut, multi-layered story that’s made so much richer by the performances. I might just be in love with this show. I get a little giddy stupid when a series sneaks up on me in an unexpected way and introduces me to new talent. You’ve been warned.

The first two episodes are directed by Twilight‘s Catherine Hardwicke, who also produces, in moody tones that evoke another excellent series we loved, Top of The Lake, directed by a fellow kickass woman director, Jane Campion. Eyewitness is based on a 2014 Norwegian miniseries called Øyevitne and is creator Adi Hasak‘s second show to air this season–he also launched NBC’s Shades of Blue this spring.

Eyewitness premieres this Sunday at 10/9c on USA. Here are a few sneak peeks, and you can watch the the first 12 minutes of the premiere here.