Slick Yet Sincere, Bull is “Unambiguous” in Motive and Method 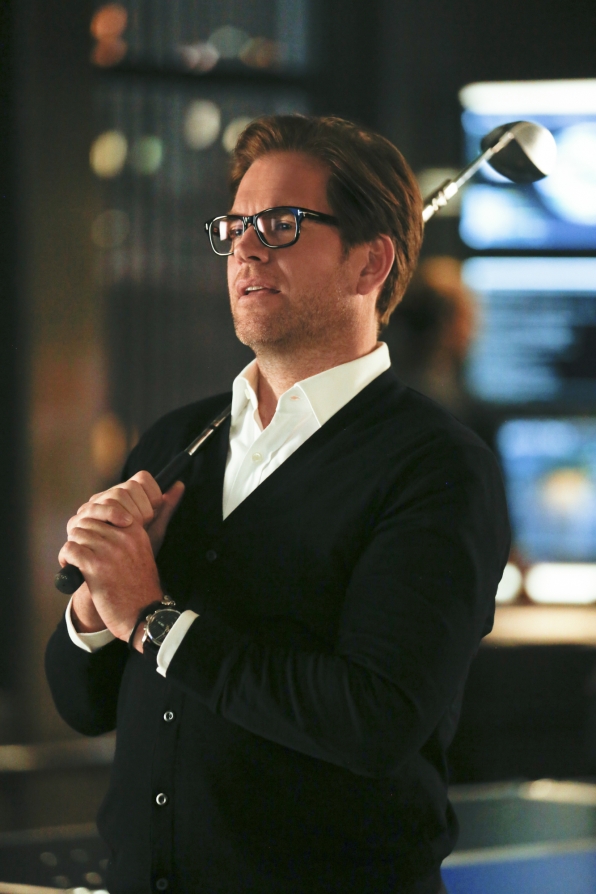 If there was anything to criticize in this new and nuanced courtroom drama it would be that it’s a little TOO good out of the starting gate. The team is gelled too perfectly. Bull steers the ship too unerringly. The pieces of the cases fall into place too well.

But I figured out this week that that’s pretty much the point. TAC is a business that predicts human behavior and they are the best there is. They aren’t some tiny start-up with big dreams and growing pains. If the team wasn’t a finely tuned instrument, sensitive to the least little neurolinguistic tremor… if Bull wasn’t such a clear-sighted, level-headed leader… if the verdicts didn’t reflect the read and radar of the TAC algorithm, “scary in its predictive efficiency”… this show would have a hard time convincing the audience that any of what they do was possible. I said it after the premiere, Bull is a new primetime super human which turns out isÂ just fine with me.

And it’s episodes like tonight’s that allow me to shrug away thatÂ off-putting perfection pretty easily. In “Unambiguous,” Bull takes on the case of an accused murderer, a woman already condemned in the court of social media and public opinion by a Serial-esque podcast called “Open and Shut.” The host, Ellen Huff (Sarah Steele, The Good Wife), claims to have solved the three-year-old cold case of a murdered college athlete, uncovering a rape accusation filed by another college student who then bought a gun, stalked the athlete, and threatened him in public.

As the podcast had been downloaded over 25 million times by the time she is brought to trial, Reese Burton (Celeste Arias, The Good Wife) has few, if any people in her corner. Huff has convinced everyone who listens that her investigative journalism has handed the D.A. an iron-clad case and Burton is the only possible murderer. Bull looks at Burton – hunched in her over-sized clothes, hands in her pockets, prone to panic attacks, constantly fighting a need to literally run away – and he sees the real victim, a rape survivor, and an innocent client.

Slightly secondary to Reese’s case is Benny’s return to criminal court. Before TAC, he was a star prosecutor with the District Attorney’s office and facing one of his old colleagues is a milestone step. Not only that, but it turns out he and the prosecutor, Amanda (Tiffany Villarin, The Blacklist), used to date. Finally, we get the story of why he was fired: Benny decided he didn’t want the conviction whenÂ he knew the defendants were innocent, “the Jerry Maguire of the American judicial system,” as Marissa puts it. His departure from the D.A.’s office also ended his relationship with Amanda, something he still regrets.

From what we’ve seen, all of Bull’s clients come to him wounded. However, the previous two episodes have featured on defendants with a secret and a brain injury, respectively, damage that exists in private, in negative space. Reese’s scars are deep but visible and obvious and exploitable by the prosecution. Bull gives her some tools to combat the panic attacks, gives her scripts to prepare for the prosecutor’s ploys, offers her solutions to every situation she can worry about. “You have all the answers!” she accuses him (see? she noticed too!) and he doesn’t deny it, just assures her that she does, too (ooooh, *such* a good response).

The most confounding part of this case is the role the infamous “Open and Shut” podcast and its creator play in tainting the jury pool and influencing the trial outcome. To negate the effect, Bull sets hacker extraordinaire, Cable, to the job of seeding the Internet with the narrative they want after getting Huff to willingly go to jail to “protect her sources,” thereby preventing her from releasingÂ any more episodes for the time being. Ironically, jail seems the safest place for the podcast queen as the minute she’s released, stating that her files will be turned over to the court, she gets pushed off her balcony, presumably by the real murderer.

With one juror holding out, Benny’s closing statement, once again, needs to be a home run. Armed with an audio clip of the late Ellen Huff’s unedited audio recording, he drives home his point to the jury and Reese is acquitted, free to go home, run free, and heal.

One gets the sense that Bull enjoys the role-playing aspects of his job. We’ve seen him dress up as a mirror defendant as well as play the lawyer in the mock courts. Tonight, he rolled up his sleeves and dove into the fray as a reporter or “citizen journalist” as he terms it, quoting Huff’s own self-righteous phrasing. One could wonder if he’s role-playing to avoid interacting as himself. Our good doctor is definitely in need of some doctoring himself and whether it’s Benny ribbing him over a game of darts or Marissa treating him with distinctly matronly kid gloves, he’s got good people at his back.