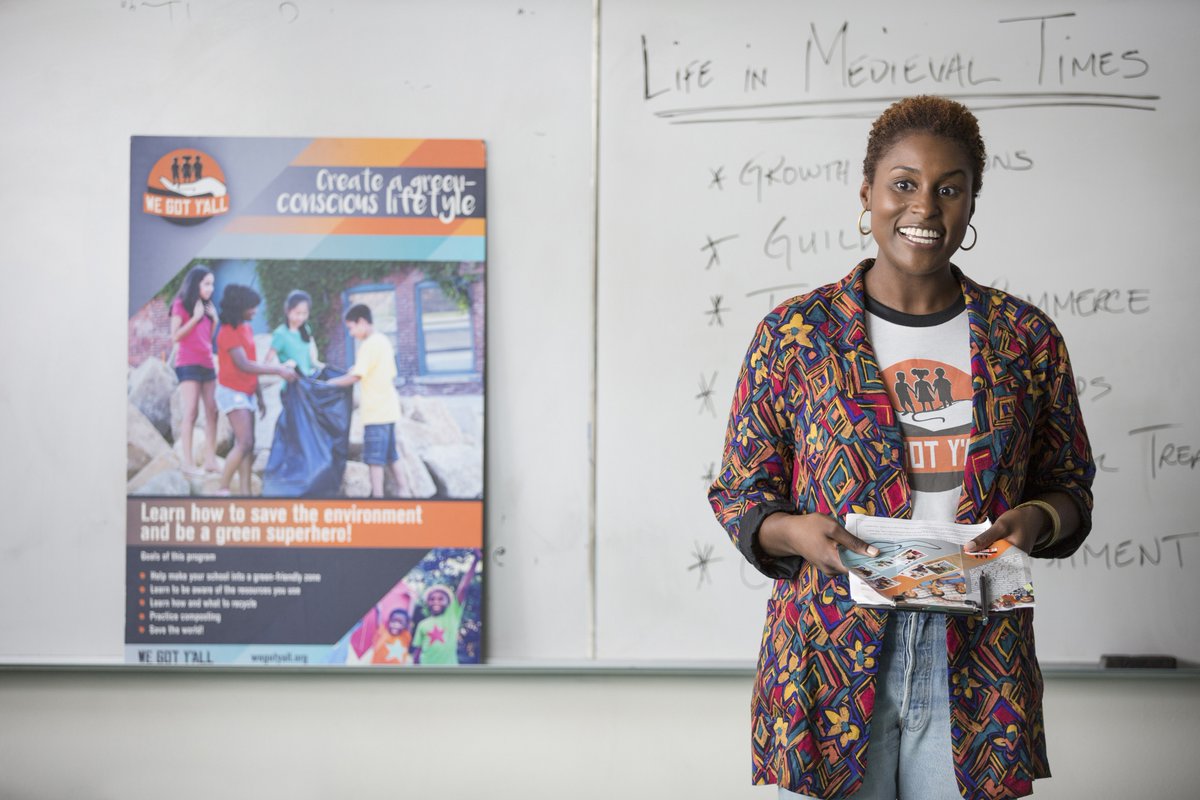 The comedy comes from Issa Rae and Larry Wilmore. Rae’s responsible for the New York Times best-seller, The Misadventures of Awkward Black Girl, as well as the hit web series of the same name. Larry Wilmore created The Bernie Mac Show and, up until recently, was host of Comedy Central’s The Nightly Show with Larry Wilmore.

At the heart of Insecure are Issa (Issa Rae) and Molly (Yvonne Orji), two black women who don’t have the world figured out just yet. According to an HBO press release, the best friends “are definitely not ‘killing it.’â€ They’re trying to find happiness in all aspects of their lives. Can they get out of their own way long enough to let that happen?

It wouldn’t be so fun to watch if they could. Rae’s ready to tell a story that features a fresh perspective. “It’s been portrayed throughout media over the years, and it’s been kind of accepted by mainstream media and even in other shows, like, this [is the] signature way to be black,” she said earlier this year at the Television Critics Association’s Summer Press Tour.

With Issa and Molly, Rae wants the chance to showcase a dynamic that reflects the ones she’s experienced. “I just wanted to represent a purely authentic friendship,” she said. “It’s based off of real friends that I have and came about also during a time when watching a lot of reality shows and seeing black women pitted against each other and fighting and throwing chairs at each other, and it’s just like, none of my friends and I do that.”

That doesn’t mean this relationship will be smooth sailing the entire series. In fact, things get bumpy in the series premiere. Â “I’ve never thrown a chair at my friend. I wanted to represent that,” Rae said. “Yes, I fight with my friends, but at the end of the day, we love each other and we’re there for each other.”

In addition to the writing, the performances, and the show’s relatability, there are a couple other factors that help make Insecure a winner. First, the sound. Solange Knowles is down as music consultant while Grammy-winning singer, songwriter and producer Raphael Saadiq provides the Insecure score.

Then there’s the backdrop for all the character-driven goodness. Los Angeles is important to the vibeÂ of the series since it’s shot in and around LA. “South LA was even more important, I think,” explained Rae. “Inglewood [is] featured prominently throughout the series, and it’s an area where [executive producer Prentice Penny] and I both grew up, and it’s an area that in classic television and film has been portrayed like gang-riddled and violence-laden.”

“In the same way that Entourage made Hollywood and Beverly Hills and sort of northern LA sexy, we want to do the same thing with Southern LA, because it’s just so rich with culture, and it’s extremely diverse, and it’s something that we know well and want to present in the best light possible.”

Insecure starts off strong tonight (Issa unloads a racy rap that is awkward and awesome at the same time). The eight-episode first seasonÂ premieres on HBO at 10:30/9:30c after the new Sarah Jessica Parker series, Divorce.

Synopsis of the Insecure series premiere
In the wake of her 29th birthday, Issa Dee (Issa Rae) reconsiders her dead-end relationship with Lawrence (Jay Ellis), her live-in boyfriend. Meanwhile, Issaâ€™s best friend, Molly (Yvonne Orji), mourns her singledom and the state of her â€œlady parts.â€ Later, Issa uses an open-mic night as an excuse to reconnect with an ex. Written by Issa Rae & Larry Wilmore; directed by Melina Matsoukas.