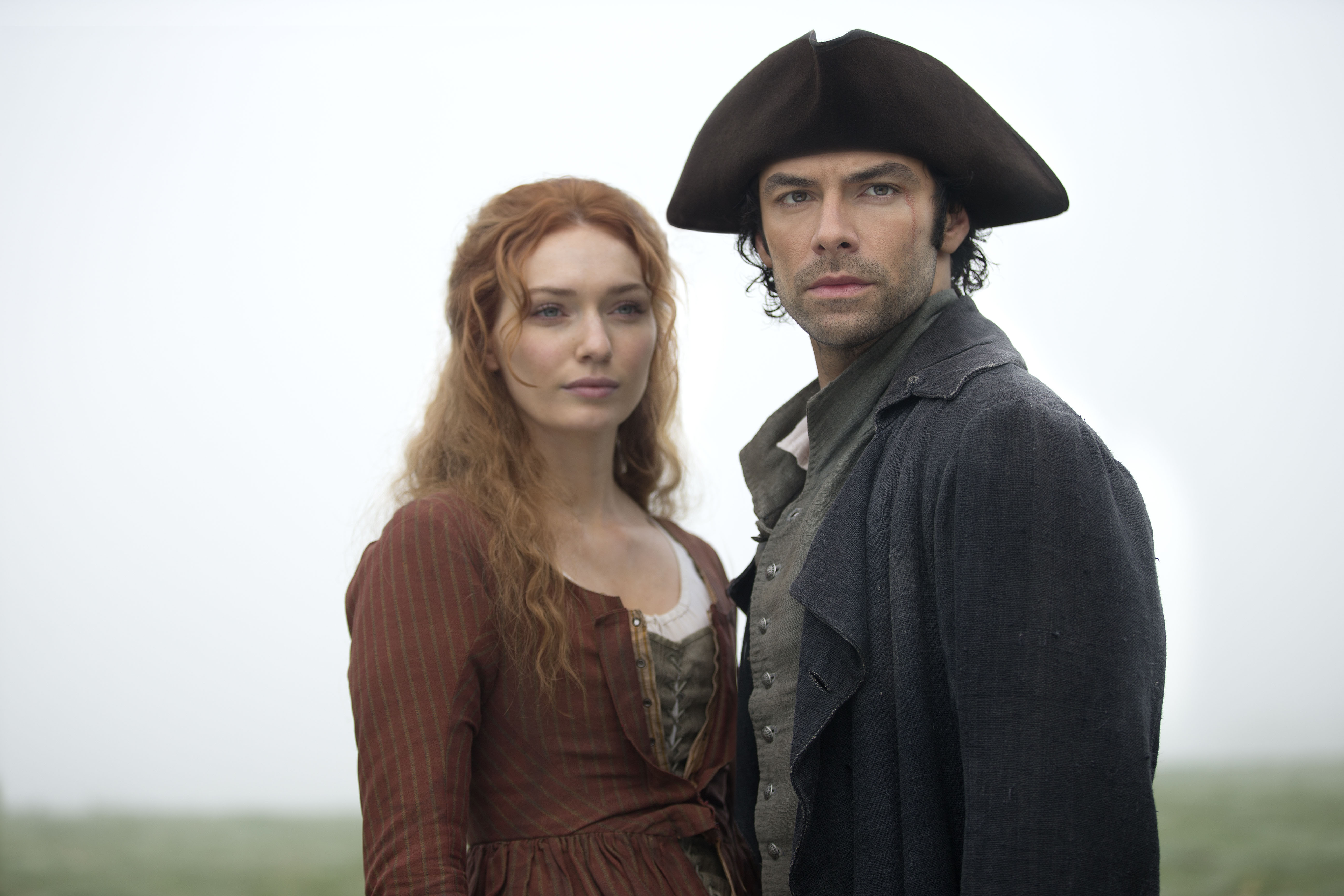 Jealousy, revenge, redemption and romance are just a few of the things that will keep viewers glued to their seats during this week’s Poldark. Hereâ€™s a sneak peek.

Ross (Aidan Turner) and Demelza (Eleanor Tomlinson) hit a bump in the road as the two of them keep secrets from each other. While, Demelza tries to hide her pregnancy from Ross, he attempts to keep Demelza in the dark regarding their impending financial doom.

You may recall, that George paid Jud to testify against Ross at the trial. Jud had second thoughts and now itâ€™s his turn to pay the piper. In what some may consider a strange, comedic set of events, Jud will meet his maker â€“ or will he?

Meanwhile, Francis (Kyle Soller) makes an attempt to turn his life around. In doing so, he invites Ross and Demelza to a gathering at Trenwith. Ross and his cousin make peace, but for how long?

While reminiscing about the past, Ross comes very close to kissing Elizabeth (Heida Reed), but she manages to cool Ross off, for the time being.

Romantic feelings continue to develop between Caroline (Gabriella Wilde) and Dwight (Luke Norris) as she seeks out the handsome doctor to attend to her own medical needs.

Hereâ€™s a reminder â€“ next Sunday, October 9th, Poldark will be preempted for the Presidential Debate. Thereâ€™s no need to worry, Poldark will return the following week.

Westworld's Cast and EPs Talk AI, the Nature of Humanity and More