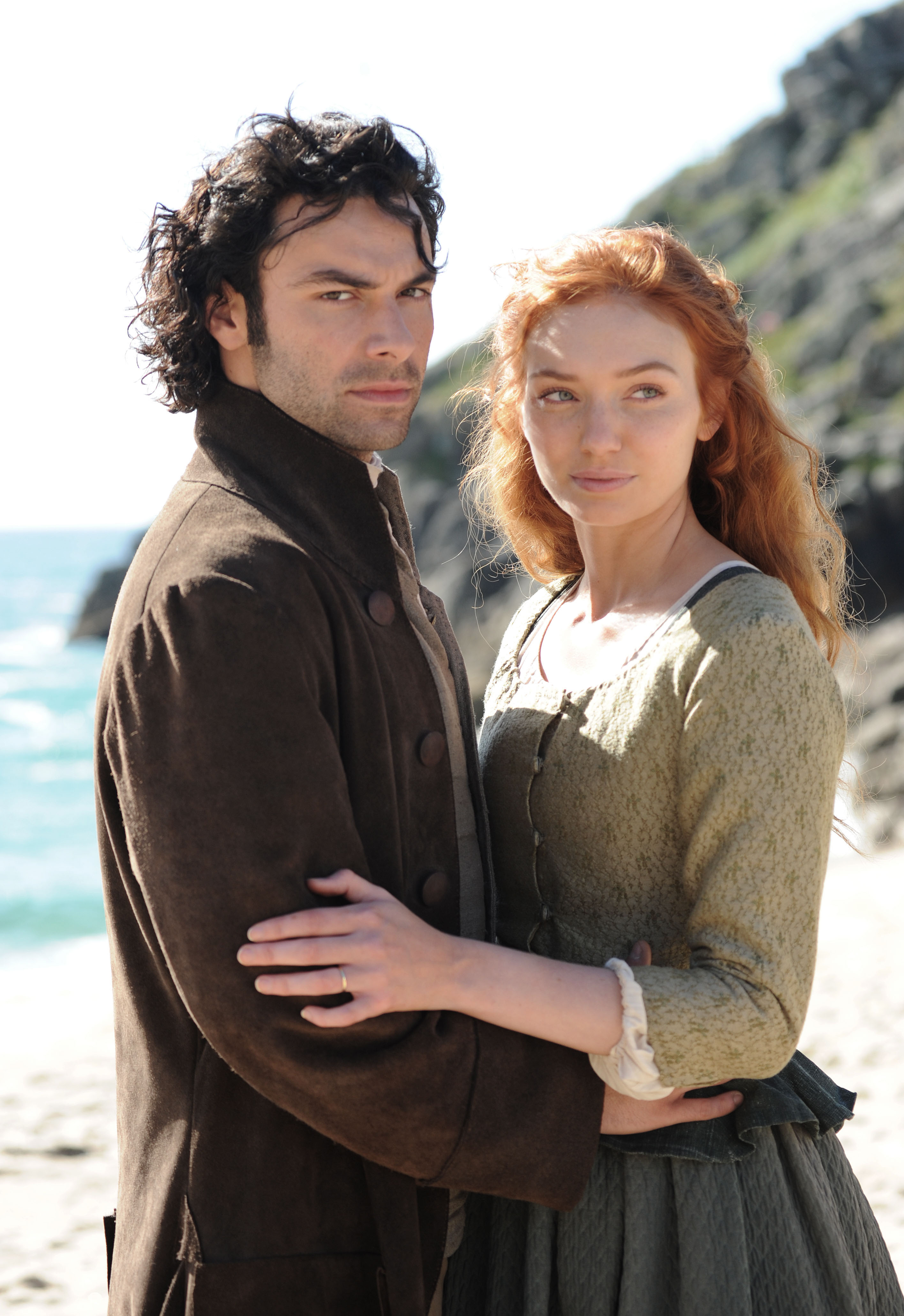 …in an episode of Poldark filled with distress, our hero and heroine, along with our other favorites manage to find a fewÂ Moments of Goodness.

Francis (Kyle Soller) makes a sincere attempt to turn his life around. He begins with spending more time with his son, Geoffrey Charles, portrayed by, Max Willis.

Several men take a liking to Demezla. Captain McNeil (Henry Garrett)
pays a visit to Demelza; he informs her that Sir Hugh Bodrugan (Patrick Ryecart) is in need of her services. Even though Ross is jealous, Demelza pays a visit to the flirtatious scoundrel. In an effort, to secure money for her and Ross, she suggests to Sir Hugh that he buy their cow. He considers it, but only under certain terms. When he makes a move on Demelza; it’s Captain McNeil to the rescue. Of course, he reassures Demelza that heâ€™ll be there for her, the next time Bodrugan makes an advance towards her. Keep in mind, McNeil has a crush on Mrs. Poldark too.

George (Jack Farthing) is out for revenge. He sends his henchmen Tankard (Sebastian Armesto) to oversee the beating of Jud for not testifying against Ross at the trial. The incident goes too far and everyone thinks Jud is dead. When they find his body, Prudie (Beatie Edney) finds money in his pocket. She decides to use it to give her loving husband a proper burial. In a comedic twist of fate, Jud turns up alive, scaring the life out of everyone else.

‘TIS THE SEASON FOR FAMILY

Elizabeth is determined to bring the families together again. She enlists the help of Dwight (Luke Norris), who delivers an invitation to Ross and Demelza, asking them to attend a special dinner at Trenwith. At first, they decide not to go; however, Ross changes his mind. They agree making peace with Francis and Elizabeth is the only way to keep George at bay. Francis confides in Ross that heâ€™d like to go back into the mining business and has the financial means to do so.

At another party, Caroline Penvene (Gabriella Wilde) finds a way to lure her crush; Dr. Enys to her attend to her. At first, it seems to be a bit FISHY; however, it turns out, that she is in need of medical attention. He pulls a fish bone out of her throat or perhaps it is a wish bone – a wish from Caroline hoping that sheâ€™ll eventually win the heart of the handsome doctor.

Demelza and Ross reflect on the first night they spent together at Trenwith. Demelza finally tells Ross that she’s carrying another child. You may recall; that the coupleâ€™s first child died. At first, he’s shocked and unsure; however, he reassures Demelza that he’s willing to be a Father again.

Ross: “If you can risk your heart again…”

Despite their financial worries, the two finally share a tender moment.

Poldark will not air next week. Instead, PBS will broadcast the Presidential Debate. Poldark will be back on October 16th. You must tune in.

WHAT TO EXPECT (SPOILER ALERT)

A business deal between Ross and Francis is the beginning of a storyline which will change everyone’s lives. Down the road, look for heartache when a character dies, a betrayal and a surprise union will have the entire town talking.

It’s (So Deliciously) Complicated: The Vampire Diaries “The New Deal”