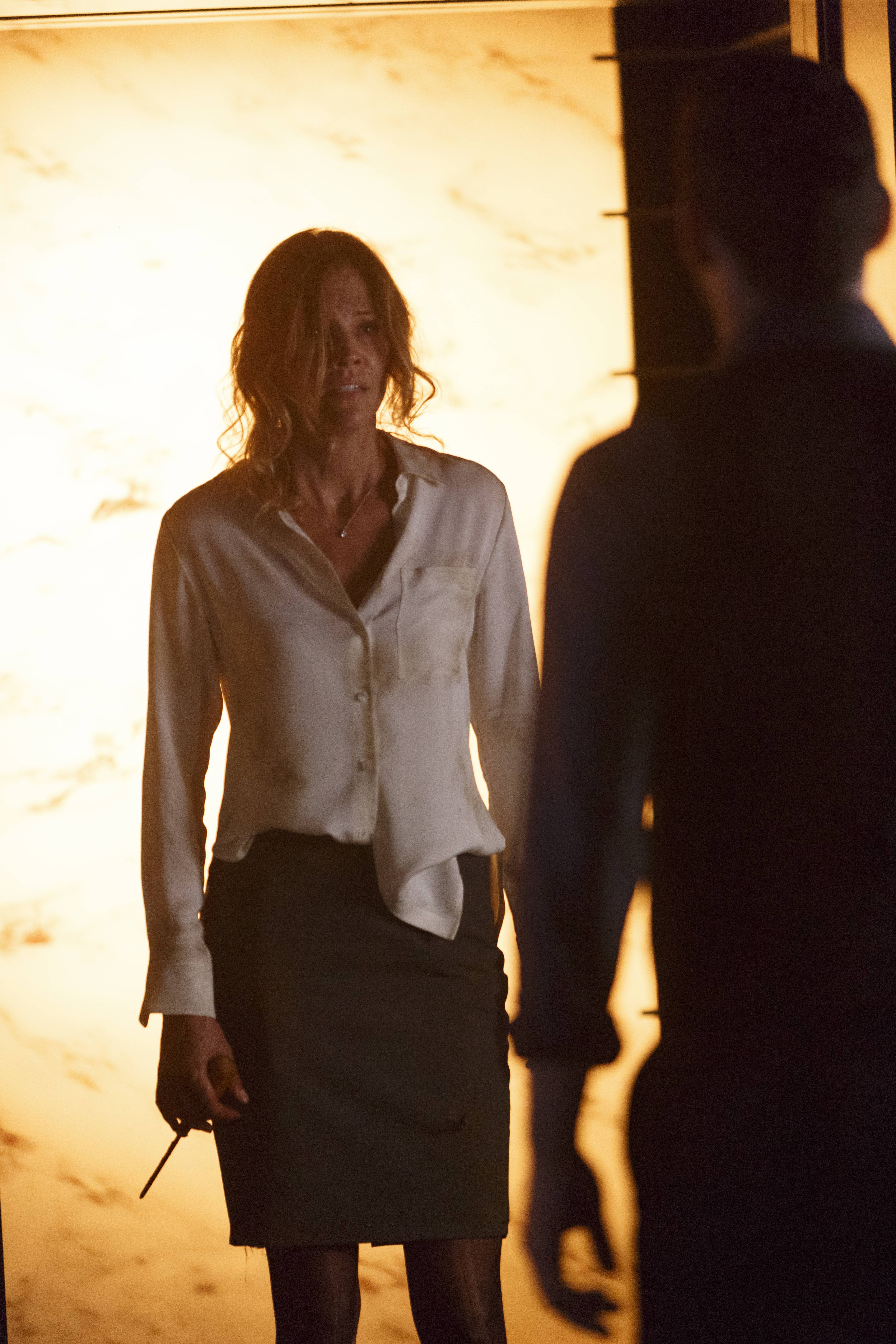 I have very much been looking forward to Season Two of Lucifer after a most impressive and entertaining freshman season. A fan of the graphic novel by Mike Carey, I was so pleased to see the show retain the sharp humour and basic premise of the source material while making a solid foray into the network procedural crime drama. I’m also a huge sucker for in-jokes and the writers have managed to include those here with an elegant touch.

The basic premise in a nutshell for those of you new to the series is that Lucifer Morningstar (played by the truly devilish Tom Ellis of Rush and Miranda), fallen angel and overseer of Hell, gets bored of his job and retires to Los Angeles to run a nightclub with his demon Girl Friday, Mazikeen or Maze (Lesley-Ann Brandt, Spartacus). He becomes crime-solving partners with the intriguing Detective Chloe Decker (Lauren German, Chicago Fire), who is not only immune to his compelling powers but appears to make him very mortal (and killable) by her very presence. Rounding out (and complicating) this collection of misfits is Lucifer’s psychologist, Linda Martin (Rachael Harris, Suits) and brother Amenadiel (D.B. Woodside, Buffy the Vampire Slayer) who likes to call him “Lucy.”

The Season Two premiere does not disappoint, picking up where Season One left off with Lucifer, newly brought back to life quite literally by a wing and a prayer, and Amenadiel discussing the escape of their mother from her cell in Hell. Maze is also missing, having told both the brothers to take a hike. Chloe is in full investigative mode, having seen Lucifer bleed out and then seemingly revive, none the worse for wear.

“Everything’s Coming Up Lucifer” begins with Lucy and bro tracking down individuals who had recently been resuscitated, looking for their mother who can only inhabit a deceased body. Amenadiel’s signature move is to freeze time while Lucifer compels people to confess their deepest desires. They make an impressive team to say the least and Lucifer’s need to punish wrong-doers always wraps these encounters up in a fitting (in this case, mostly disrobed) manner.

Meanwhile, Detective Decker is on the case ofÂ the murder of a Hollywood starlet’s stand-in from the popular teen and tween show, Leave it to Lesley. Lucifer is preoccupied with finding his mother in human form, believing that she will be looking for revenge, and approaches the case through that filter which Chloe finds irritating. It’s not a good day for the good detective as her ex (Kevin Alejandro, True Blood) shows up on the scene, having been reinstated as an active officer although demoted for some bad choices last season.

The new medical examiner, Ella Lopez (Aimee Garcia, Dexter, last season’s prematurely cancelledÂ Rush Hour) makes her first appearance on the scene of the crime, heightening my joy with this episode. The killer’s trail leads Lucy and Chloe through the starlet’s history of drug abuse and the victim’s involvement in her recovery but, disappointingly for our Lord of the Damned, not to his missing mother.

Amenadiel is quietly juggling a few concerns this episode. He is worried about Maze’s continued absence, is looking to redirect Chloe from proving Lucifer’s divinity with a blood test, and is just a little bit freaked out that his powers seem to be faltering.

Midway through the episode, Maze reappears in her own, very opportune, time to save Lucifer from a would-be assault. She tells both angelic brothers that she needed some space to figure out her place in the world and has been working through her dilemma with “a friend”. (Now, as cool as it would be to envision her holed up with Chloe’s incredibly adorable daughter, Trixie (Scarlett Estevez, Daddy’s Home), sneaking cookies and watching Leave It to LesleyÂ between counselling sessions, an end scene snippet seems to indicate Dr. Martin is her confidante.)

As the murder mystery winds to a conclusion, it becomes clear to Lucifer that Mumsy isn’t out to get him for the millennia of incarceration because she would’ve made her move by now. Not knowing what she is up to worries him even more though. In an unusually insightful session with Dr. Martin, he owns up to his share of guilt and sense of responsibility for the state of his relationship with his mother.

Life goes on in an ironic limbo with Lucifer’s club, LUX, enjoying continued popularity and success while the debonair proprietor takes a turn on the piano (his usual station in the graphic novels but more of a treat in the show) with a rather breathtaking cover of Bob Dylan’s “All Along the Watchtower.”

This was my Moment of Goodness in the episode. Knowing from Twitter and press releases that the always striking and memorable Tricia HelferÂ (Battlestar Galactica) had been cast as “Mom,” the use of the iconic song from BSG was a lightning bolt of delightful genius that cut into the final moments and really made me sit up and pay close attention just as Helfer emerges from Lucifer’s elevator, softly cries his name, and collapses in his arms.

That, my friends, is how to start a season.

What You Need to Know about Disney XD's Right Now Kapow

Moment of Goodness: Bonnie and Jeremy Kiss, The Vampire Diaries

The Walking Dead “Start to Finish”

The Aftermath, The Good Wife “The Last Call”