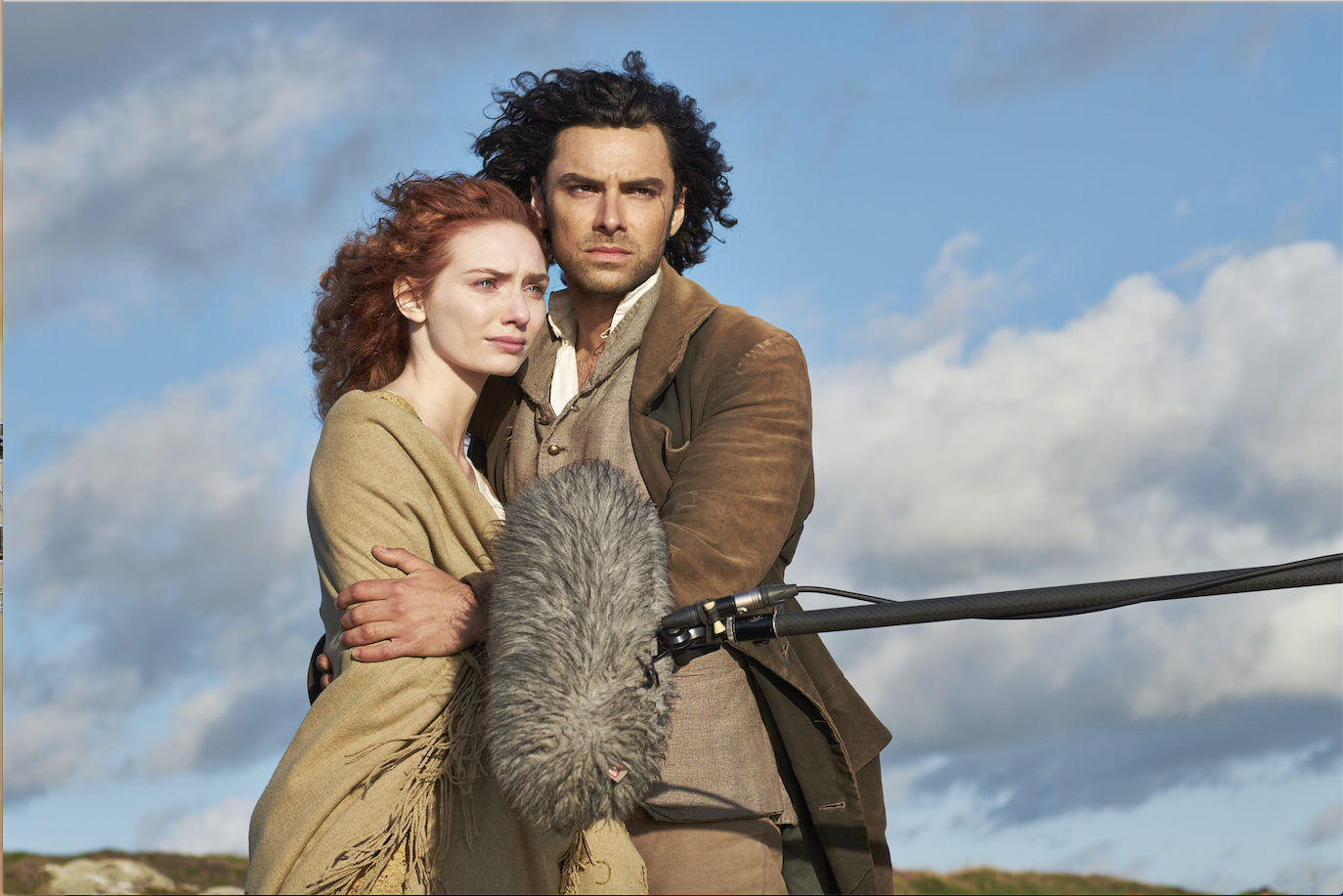 Ross Poldark is back! Season Two of Poldark is just one week away and die-hard fans of this romantic period piece canâ€™t wait. Aidan Turner and Eleanor Tomlinson reprise their roles as the fiery couple, Ross and Demelza Poldark, but before that, viewers will have a chance to go behind-the-scenes with the cast and crew in Poldark Revealed airing tonight on PBS.

The one-hour special is set on the beautiful Cornish Coast of England and features interviews with the cast and crew during filming of the second season.

Fans are in for a real treat, Andrew Graham, the son of Winston Graham, who penned the captivating novels, will narrate over some of the famous scenes from last season.

Season Two of Poldark began airing in the United Kingdom earlier this month. Poldark junkies here in the United States will get their turn next week to find out what happens this season with Ross, Demelza and the rest of the characters. Hereâ€™s a sneak peak.

As a fan of the books and series; look for many surprises along with some unexpected twists and turns, including new characters, a birth of child, a tragic death, an affair between old loves and a marriage that will have everyone in Cornwall talking.

Until then, enjoy tonightâ€™s special.

The Strain Preview: "Gone But Not Forgotten"