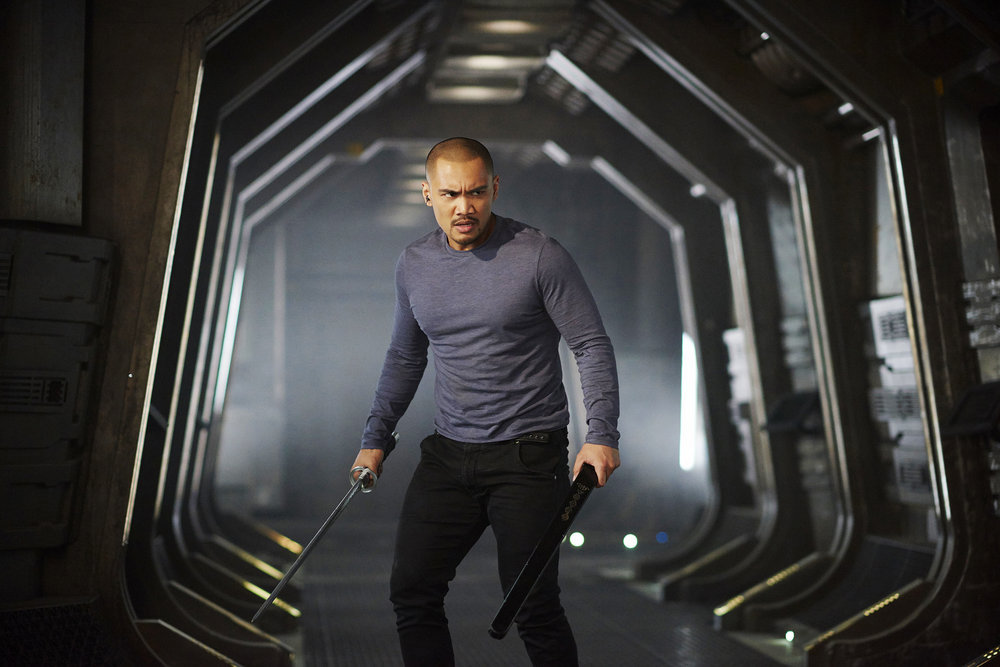 First and foremost, congratulations to the cast and crew. It’s official. The show will be back for a third season. I’m not surprised. I haven’t kept track of the ratings but who cares. Based on pure quality of the episodes this season, DM deserved a renewal.

On to matters of storyline and plot points. Nyx and Four got it on at the beginning of last week’s episode, “Going Out Fighting.” Whoa, how cold was Four? It makes sense considering he’s struggling with going back to save his homeland. It’s not a matter of if, it’s a matter of when. At least that’s what it seems like. Right now, because of his memory…issues, we’ll say, he doesn’t think he’ll knowÂ whoÂ he’ll be able to trust once he does go back home.

Having said that, I still felt bad for Nyx. She always has her walls up and she kinda sorta let them down. I mean, she fought the good fight and tried to be so very casual about their whole hook up, but you could tell the woman wanted more Four quality time. Things got awkward quick. I wonder if we’ll see anything else erupt between the two before the end of the season.

Two’s back to herself again after her nanites started failing her. She was dying and she hadÂ to face the man responsible for her condition in order to get herself correct. I think my favorite part of this story was the fact that Two had to accept the help of her crew. She’s so fiercely independent. She can do anything. She can kick ass better than anyone. But she had to accept help from everyone. Six was there for her. Android was there for her. Four offed the new advanced nanite version of Two in the most badass way possible. They all were there for her. And it was wonderful to see the loyalty and the cementing of this group asÂ a family, dysfunction and all.

Speaking of dysfunction, Three had it tough. He was possessed by some — was it an alien force? I don’t know what it was but it got hold of Three. As for Six, his Redemption Tour is strong and successful. He’s saved Three over and over again. He came up with the solution to saving Two. I think we can forget what he did at the end of the first season, amirite?

At the same time, there are things the gangÂ has unloaded or been partially responsible for releasing that could come back to bite them in their collective derrieresÂ sooner or later, depending on where the actionÂ goesÂ in the final four episodes. Or they can be shelved to next season which, yay, we’re getting a next season!

Remember when Crew Raza came back from the alternate reality and something or someone basically hitched a ride and disappeared? (Could be the Alt Jace Corso, but we don’t know yet) And now they’ve spaced this alien force.Â Who knows where that being will land? I don’t think it’s gone for one second. We can’t forget that Rook is still out there twirling his mustache and being as douche-y as possible.Â And where’s Devon? We haven’t seen him in a while, have we?

Now for a preview of the next installment of this space action drama: “Take the Shot.” You can find a sneak peek to the episode over at Syfy.com.

Synopsis for “Take the Shot”

Shipboard mayhem sheds light on some of the crew membersâ€™ dark pasts.

If the synopsis feels a bit vague to you, it should. This week’s challenge: how to convey the pure awesomeness of Friday night’s episode without giving anything away? Because seriously? It’s epic and amazing. And it’s an emotionally exhausting experience in the best way possible, too. The cast gets to act their butts off. Lots ofÂ character development goes on meaning we learn about some of their fears and deepest thoughts. “Take the Shot”Â made me so damn giddy. I actually expressed said giddiness out loud while watching and that never happens. It’s simply a satisfying experience from beginning to end. And, remember, it begins with Android waking up. Well, I say Android. But it looks a lot like HumAndroid to me.